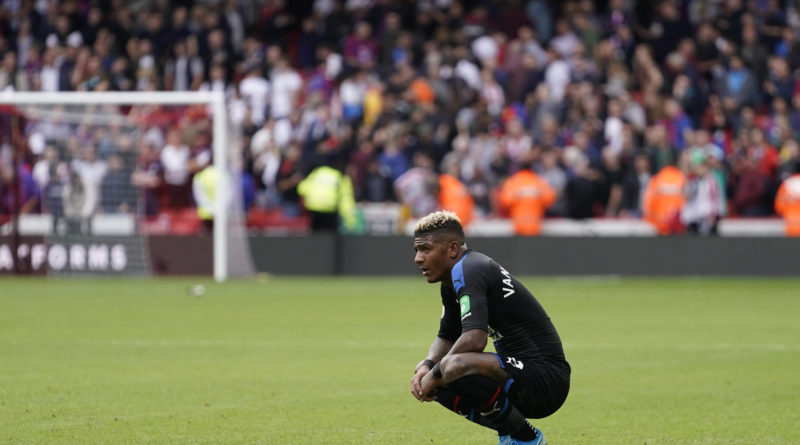 The Eagles had the better of the opening exchanges, with Christian Benteke stinging the palms of Dean Henderson after just five minutes, but that was as threatening as the afternoon would get.

Palace’s lack of cutting edge, despite the inclusion of Wilfried Zaha, will concern manager Roy Hodgson. But it was his side’s defensive frailty in the face of a ceaseless United onslaught down the wings that ultimately led to the winning goal. With just two minutes gone in the second half, United substitute Luke Freeman was set free on goal with a quick exchange of passes – Palace goalkeeper Vicente Guaita did well to make a save but the follow-up fell to John Lundstram, who hit the ball into the roof of the net.

There has been a warning of what was to come in the first half, when a cross from Lundstram was met by David McGoldrick only for Guaita to save that effort, but it was a warning that wasn’t heeded. Andros Townsend showed some initiative with a curled effort saved well by Henderson, but in truth a Palace equaliser would have been undeserved.

While they pushed for an equaliser in the latter stages of the game, that lack of a cutting edge showed once again.