The Greenwich heavyweight came through a major test last time out when he dispatched Nathan Gorman inside four rounds to claim the British belt.

But the unbeaten Tettey was woefully out of his depth as he fought outside of Ghana for the first time. He hardly threw a punch before he was sent to the canvas twice with referee Mark Lyson waving off the mismatch.

Dubois, 22, will have learned nothing from the contest but adds another title to his collection as well as swelling his record to 13-0 with 12 early nights.

Tettey was an unknown quantity – having boxed solely in Accra – but the signs were not promising when his corner forgot to insert his gumshield, needing a reminder from Lyson.

And it was clear almost instantly that it was only a question of how quickly Dubois could close the show.   The answer was a fourth first round stoppage of his career.

“It feels great,” said Dubois. “It’s another title and an explosive performance. 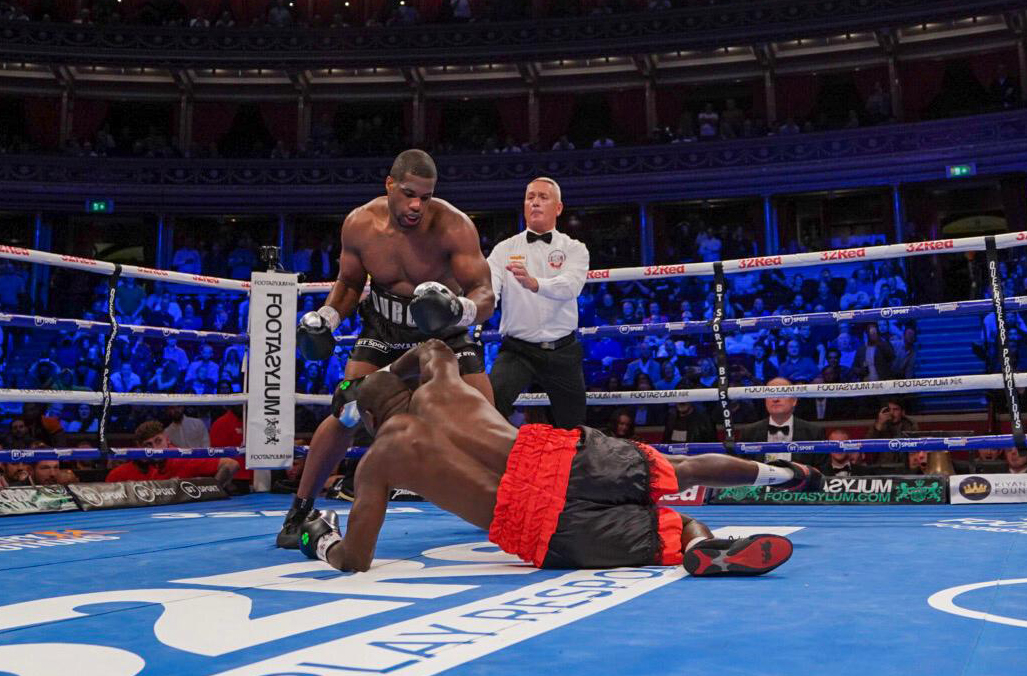 “I said before it would be a devastating performance and I delivered it. I went straight for the kill. This is a brutal sport and I’m just a product of it, I’ve been in it more than 10 years. I deliver every time I get in the ring.”

Joyce, also formerly part of the GB Boxing amateur set up, is due to challenge Marco Huck for the vacant European belt.

Both men are promoted by Frank Warren.

“I’ll take on Joe any time,” said Dubois. “When he’s ready, no problem.

“I love challenges. A fight of that magnitude would set me up for the big time in boxing, even a world title fight after that.

“I’m hungry and I’m ready. I’ll take a few weeks off now and maybe have a holiday. It is not just this fight, it is the weeks of training and hard wars in sparring that I need to recover from.”

Warren has long heralded Dubois as the long-term future of the sport.

He feels that by the end of 2020 he will be the leading contender for a shot at one of the world champions.

Tyson Fury is due to rematch WBC king Deontay Wilder in February, although the American has to overcome Luis Ortiz in November first. Andy Ruiz Jr and Anthony Joshua also go again for all the other major straps at the end of this year.

“By the time they all sort themselves out then he’ll be the guy in the number one spot or he fights Joe Joyce and we find out who is the best out of those two,” said Warren.

“It is very easy to make that fight but at the moment the EBU [European Boxing Union] have ordered Joe to fight Marco Huck, and that’s a tough fight. 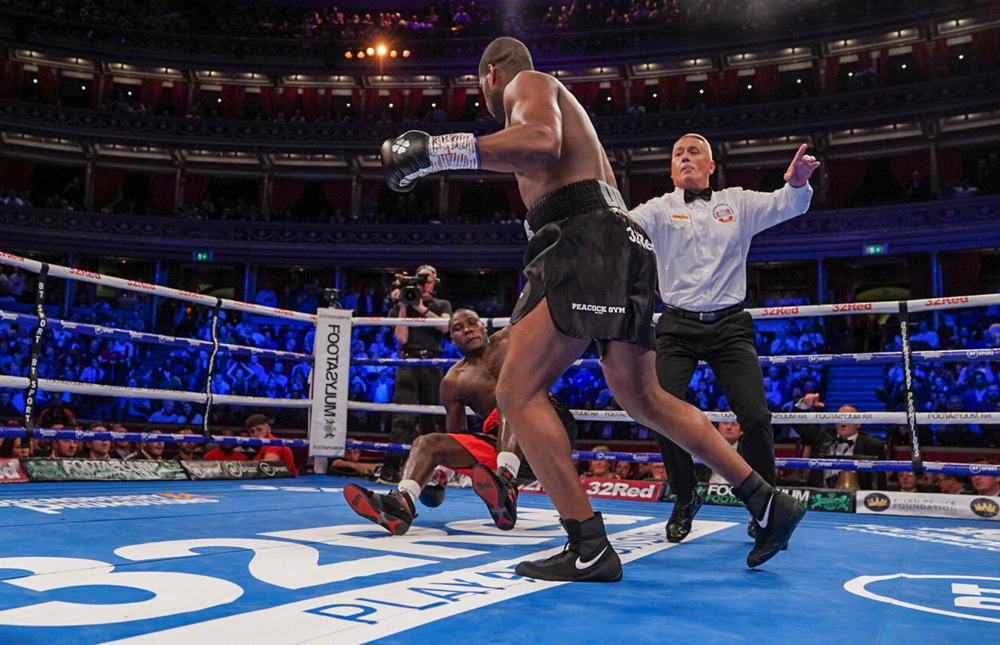 “Other guys like David Price and Dereck Chisora, we have made them offers. We made him [Chisora] an offer before he was tied up with this other fight [against Joseph Parker]. Whoever wins that, the offer is there from our man. He has no fear in fighting anybody, none at all.

“He is so confident and composed – fantastic jab, fast hands and power in both hands. He is a handful for anybody.

“He is world class now. They keep talking about Parker getting another world title shot if he wins [against Chisora] – I think Daniel is a better fighter than them. I’d make that fight in a heartbeat and that’s world title level to me.

“It was textbook [the win over Tettey]. It sent out a message to everybody what he is about. What he is about is absolute class and quality.

“The fella wanted to fight, he didn’t want to sit on the floor – he got hit with really good shots and combinations.

“At this stage of the game he is the best young heavyweight I’ve worked with.

“A lot of those others have gone on to win world titles and done tremendously well.

“Daniel’s had 13 fights and won seven titles. He only had seven senior bouts as an amateur.”