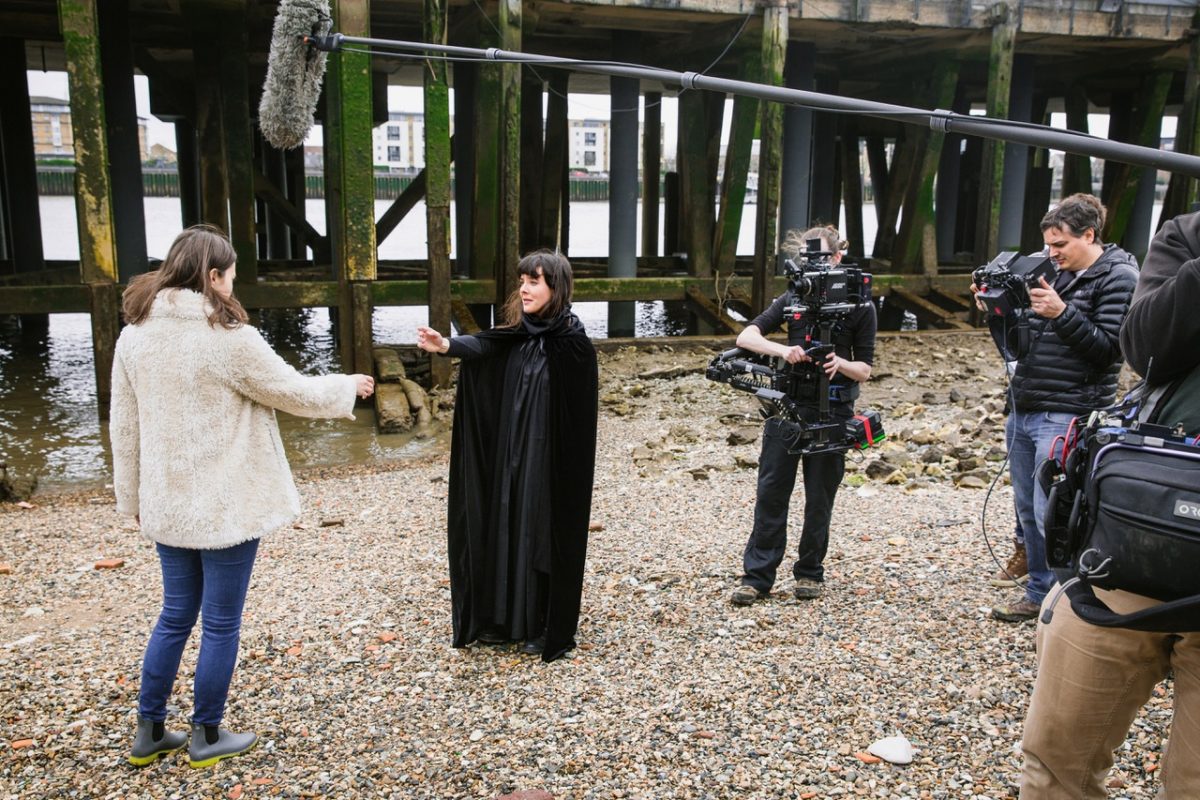 A film which was written and shot in 48 hours in South London is on the cusp of winning £1million.

David Cohen, of Lewisham, won the 48-hour challenge as part of the Sci Fi London Film Festival competition with his film Under Duress, which was entirely shot in Deptford. He was given a line of dialogue and a prop and had a weekend to write, direct, shoot and edit a short film.

The film then got into the That Film Life festival where it was played on the opening night in Cannes on Thursday, May 10.

David heard on Tuesday of last week that Under Duress had won the Best of the Fest Award which puts him in prime position for a £1million prize to produce a full length feature.

David, who attended the festival in Cannes with his film partner Raphael Cortes, said: “I’m stunned and off the scale happy. It’s all just sort of kicked off really.” He said: “It was probably the most stressful production I have ever done.

“Then, for the likes of Michael Sheen and Gareth Edwards to have even watched our film, and then voted it in, is just absolutely incredible.

There were 126 entrants in the 48-hour film challenge. The teams were given the criteria at 11am on Saturday, April 7 and the deadline was Monday, April 9.

A shortlist of 10 were delivered to the judging panel.

David, who has lived in Deptford for the past six years, said: “You tend to associate sci-fi with big budget films, but what this competition does is really force you to be inventive.

“You’re working on a very minimal self-funded budget. You have to be creative with locations and props.

“We filmed a lot of it at the Master Shipwright’s house in Deptford.

“It’s just an amazing building with distressed walls, very atmospheric. I had been on an open day there when I moved to Deptford.

“I suddenly tweaked that this place would be perfect for the film. We also shot down on the shoreline when the tide was out, it looks incredibly cinematic.”

David has entered films into the 48-hour challenge for the past three years.

This year, the groups were given the following line to produce a film with: “You can act hard as long as you want, but that hurts like hell and we all know it.”

“We were like, oh, thanks for that,” David said. “It’s better than three years ago though, then it was: ‘I’m not going in there, who knows what could be lurking.’

“You’ve just got to somehow disguise these lines in the film.”

Their prop action was “a big box or bag of cables gets emptied”, and their optional science theme was “access your mind through a computer programme”.

He had about 20 people working on the project.

In the film, a female character has a recurring dream where she sees a faceless woman in black.

The character then gets out a futuristic device called the Dreamsie and she enters her dream with her boyfriend.

They try to follow her dream to find out who the woman in black is, but her boyfriend’s subconscious starts to infiltrate the dream and she finds out dark secrets about him.

David said: “I like what sci-fi can tell us about the here and now.

“Take Black Mirror for example, it reflects so much about who we are as people and how we behave.

“I find that interesting, rather than the technology itself. I tried to bring that into the film as much as I could.”

To see the six-minute short and more of David’s work go to www.davidcohendirector.com.