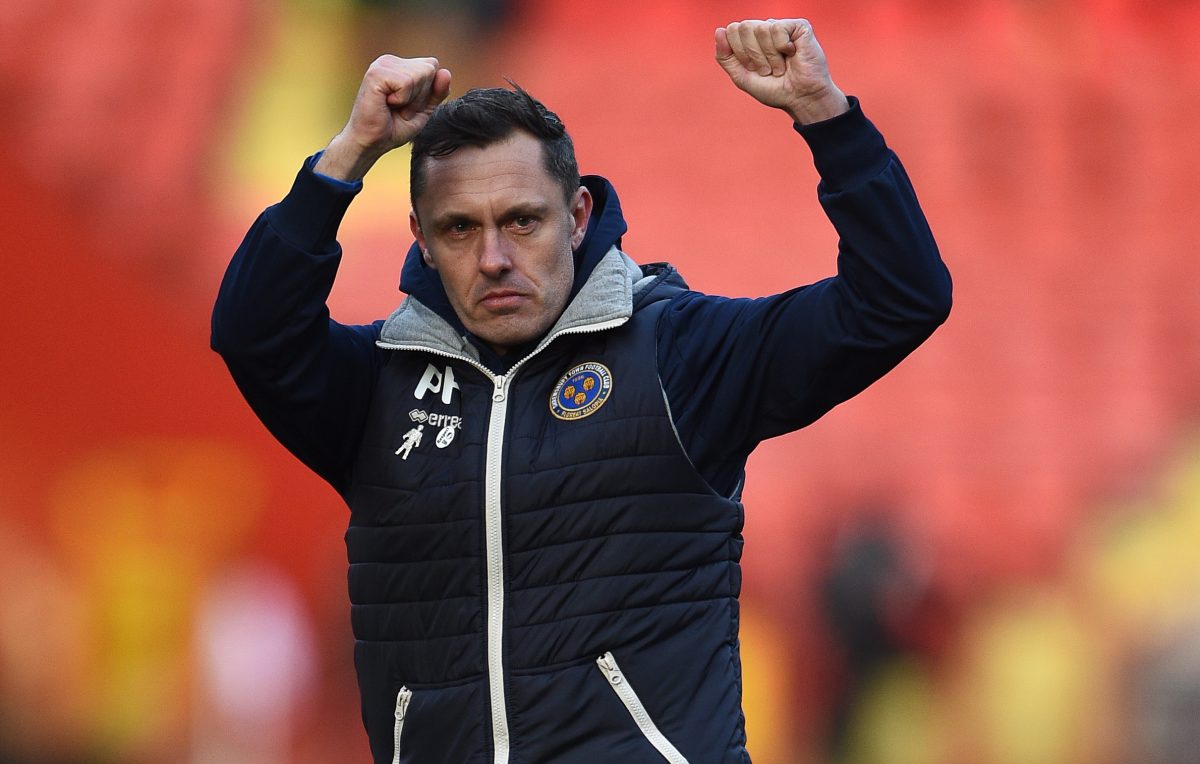 Paul Hurst felt Shrewsbury were comfortable winners at The Valley – after surviving an early onslaught from Charlton.

Hurst said: “We looked a good team again. That’s the best we have played for a little while.

“We were going into the game, in my opinion at least, as underdogs in front of a big crowd. Karl Robinson has mentioned he has been really happy with his team’s performances and felt like they are starting to look a good side themselves.

“So to come here and win – without too many arguments and missing a penalty as well – is very, very pleasing.

“We’re at our best when we’re on the front foot. We started well with the ball, we spoke about that, because Karl’s teams like to pass and have some very good technical players with good ability on the ball. We wanted to have our own spells, we managed to do that.

“Without the ball we made it very difficult for Charlton. After starting well – three attempts in the space of a minute – it was big for us not to concede. We were relying on a couple of really good saves.

“After that we got on top in the game and looked the better team.

“The whole team played well. You need eight or nine to put in a performance against Charlton and to a man they all contributed very well.”

One thought on “Shrewsbury boss Paul Hurst: We were good value for victory at Charlton Athletic”