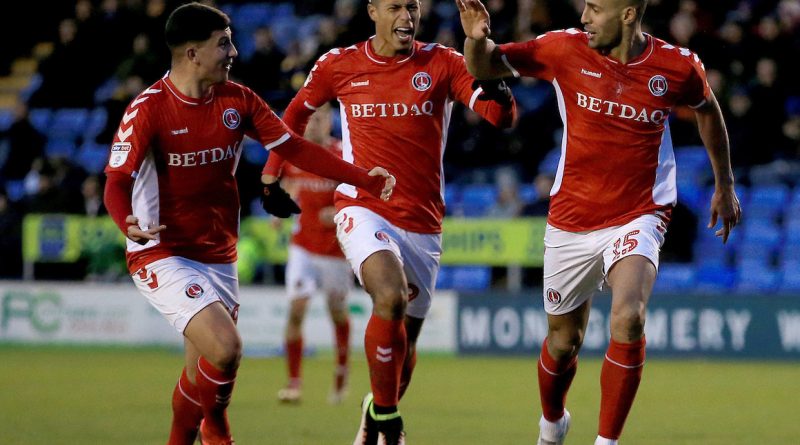 Charlton ran out emphatic winners after an impressive performance away at Shrewsbury Town.

Goals from Lyle Taylor, Darren Pratley and Karlan Grant secured all three points for the South Londoners, who could have easily won by more after a dominant display in Shropshire.

The Addicks gain a small measure of revenge for their play-off semi-final defeat to the Shrews at the end of last season and sent the 580 travelling supporters home smiling.

Josh Laurent sent a looping volley wide of Dillon Phillips’ goal in the early stages as the hosts started on the front-foot.

It didn’t take long for the Addicks, who had lined up with three at the back, to mount their first attack. Full-debutant Jonny Williams released Grant on the left-hand-edge of the area, before the striker cut in and saw his curler tipped over the bar by Salop-stopper Steve Arnold.

Twice Pratley had volleys deflected away from target from a flurry of corners that followed, before Phillips reacted superbly to keep out a close-range volley from Josh Laurent.

That save proved even more valuable as the South Londoners edged ahead moments later. Albie Morgan’s corner was flicked on by Bauer and diverted against his own post by a defender. Taylor bundled the loose ball home from a yard out to bag his fifteen strike of the season in all competitions.

The hosts took a while to get back into the contest but Phillips had to deal with long-range efforts from Fejiri Okenabirhie and Ryan Haynes to ensure his side went into the break ahead.

Grant had two huge opportunities to double the lead shortly after the interval. Ollie Norburn’s wayward back-pass gifted the Addicks striker a one-on-one, but Arnold stood-up to block the shot. Grant then nipped in behind the defence once more, only to lift the ball over the onrushing stopper and wide.

He wasn’t left to rue those chances though, as Pratley did extend the lead ten minutes into the second-period.

Taylor held the ball up well before laying the midfielder off to rifle into the top-corner from the edge of the area and earn his second goal in Addicks colours.

The Addicks were now well in control and had a hatful of chances to make it three. Taylor side-footed an inch wide of the post from substitute George Lapslie’s low-cross, before James Bolton came a whisker away from hacking the ball into his own net from Taylor’s centre.

Grant then bundled through on goal again, with Arnold again scrambling off his line to smother – but the academy graduate did have his goal ten minutes from time.

The striker ran half the length of the field with the ball before being felled in the area by namesake Anthony Grant. He dusted himself off and converted the spot-kick to earn his 13thgoal of the season and a comfortable three points for his side.