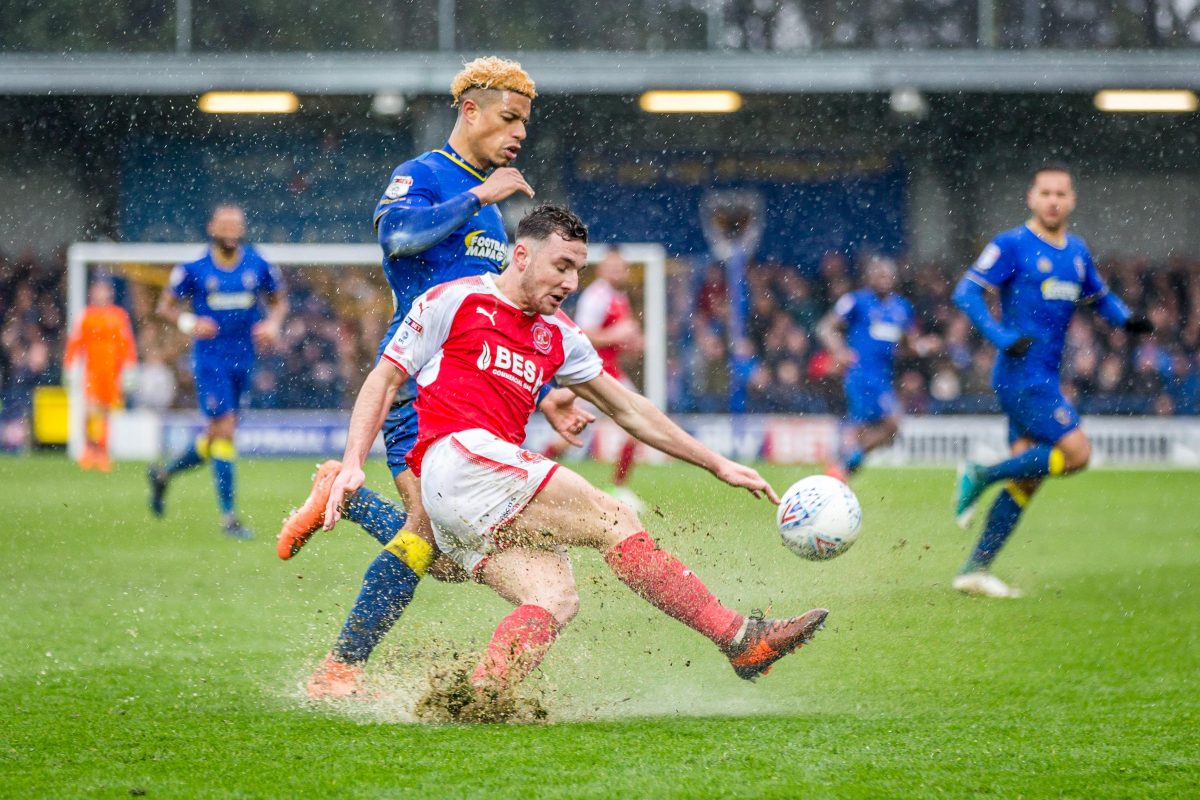 By Dave Hunt-Jackson at New Meadow

A lapse in concentration by AFC Wimbledon at the start of the second half and yet more poor refereeing cost the Dons a deserved point at high flying Shrewsbury Town on Saturday.

With only two fit strikers for the rest of the season Neal Ardley opted to leave Joe Pigott on the bench with Lyle Taylor in a central role supported by Harry Forrester. Andy Barcham returned to the side that had drawn at Rochdale four days earlier.

The Salopians ended the day at the top of League One but for almost 90 minutes they looked nothing like a promotion-chasing outfit although neither did their visitors look like a side haunted by relegation for 80 of those minutes.

Crucially though the Dons, who had had the better of a tight first half, switched off at the start of the second and when referee Darren Drysdale failed to spot a foul on Will Nightingale in the build up Joe Payne was left free to open the scoring after several minutes of unabated pressure from the home side.

It was an undeserved victory for an overly-physical Shrewsbury side who had Bryn Morris sent off five minutes from time for two cynical fouls that were each rightly yellow carded. Shrewsbury could and should have been down to nine men by then after Drysdale also missed a stamp that forced Barry Fuller out of the action.

In truth such was the Dons intensity as they harried their hosts from the off that Shrewsbury looked as if they were a man short for much of the match. With Liam Trotter bossing midfield and Nightingale and Deji Oshilaja dominating the Shrews’ forwards the home side never looked like dominating aside from that 10 minute spell.

The Dons might have opened the scoring after a sumptuous move involving Forrester, Trotter and Barcham saw the ex-Bolton man force Craig MacGillivray into a smart save. A flick from Taylor and a tame shot from Barcham represented Wimbledon’s only other chances of note.

With Kwesi Appiah and Cody McDonald both unlikely to feature in the remaining eight games of the season that failure to sign a fourth striker at the start of the campaign looks more and more crucial. With Pigott still adapting to both new team-mates and a much higher level of football the 354 visiting supporters will be wondering where the goals that the Dons need to keep them up may come from.

Egli Kaja looked lively in his brief cameo and Trotter looks more and more the attacking midfielder the South Londoners have craved for so long. Forrester has talent in abundance and they must all have a part to play along with midweek signing Lloyd Sam if Wimbledon are to preserve their League One status.

The Easter fixtures see the visit of fellow strugglers Fleetwood and a visit to a Doncaster side who themselves are not yet safe and whilst Neal Ardley may take encouragement from another committed performance he knows it is only goals and points that will do as his charges face a real battle to remain outside the bottom four.