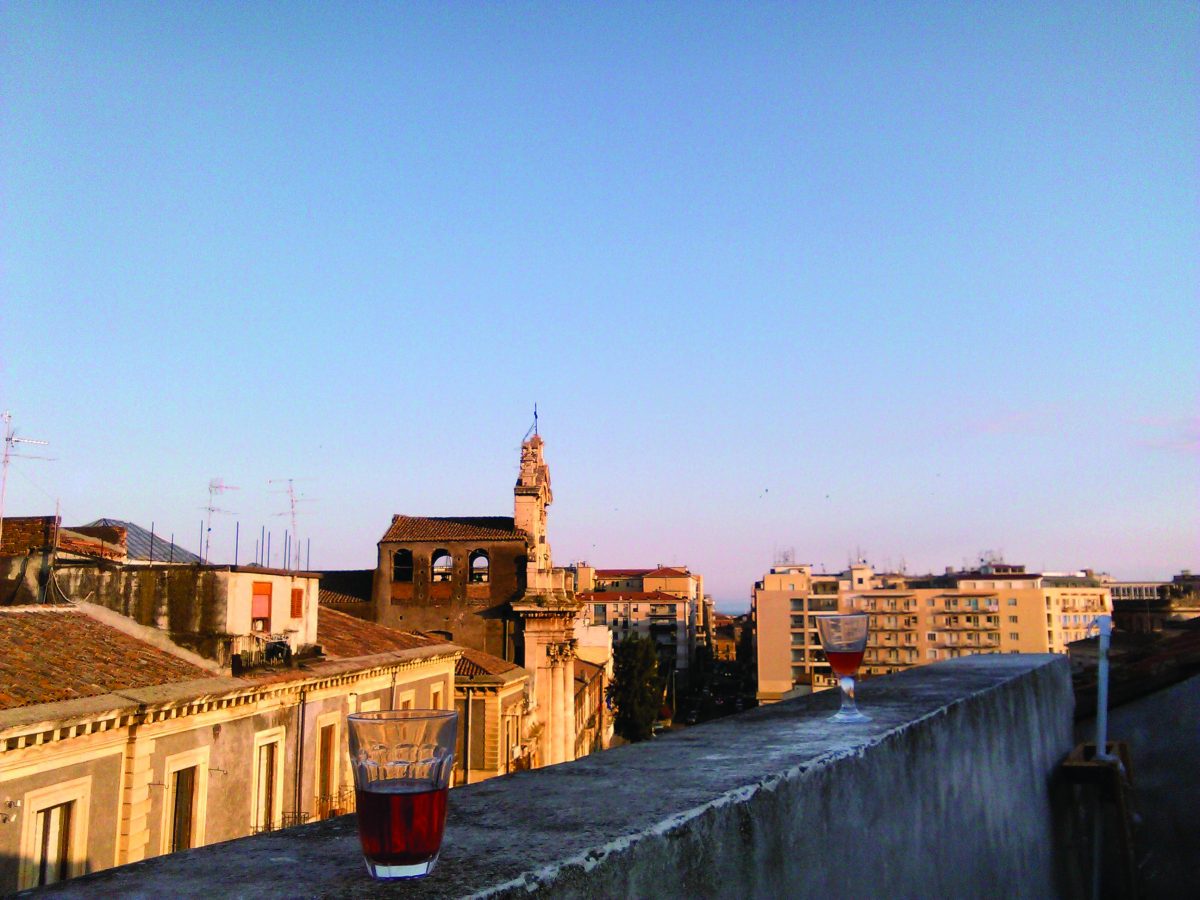 Sicily. It’s a place of extremes. Extreme frustration and extreme tranquility. But on the other hand all its complexities come down to one simple fact: it’s a place stuck in the past. A past full of perpetual invasions: Greeks, Arabs, Romans, Normans. On the surface Sicily has never been ruled by Sicilians but, of course, the Sicilians have always ruled it from within.

The word Mafia is never really mentioned. On my first week in Catania, a city on the north east of the Island, I was told that Sicily is not just Mafia. The Mafia has been glamourised in movies and doesn’t exist anymore.

“Basta.” My Sicilian flatmate gets touchy when I bring it up saying there’s no mafia here anymore.

“What would be the point?” She says, “There’s nothing in Sicily that they want.”

But, there are still glimmers every now and then.What I experience of Sicily is not The Godfather. A friend tells me that there were Mafia wars in the 90s with shootings in the street every week. Both his parents saw at least five murders in those years. Another friend pulled out a huge air rifle at a dinner party assuring us that it wasn’t a real gun, “This one is just a toy for Sicilian babies,” he said (that’s Italian humour). All is quiet in the streets now, as quiet as it can be in Sicily. I am woken at 7 every morning by ‘l’arrotino’, a man with a speaker phone that sits outside my window asking if any of the women need their knives sharpened.

From where I stand, I don’t see, hear, or speak Mafia. Corruption is ingrained in everyday life though. It is a well-known fact that in Piazza Duomo tourists pay €2.50 for a cappuccino, Sicilians €1.20 and if you know the family it’s probably free.

The taxi drivers compete with each other to see how much they can rip off tourists arriving from the airport and Sicilian women gracefully skip you in queues.

It makes you feel like an outsider. Last week the sun came out and I noticed an old man selling bunches of beautiful tiny daffodils out the boot of his bashed up car.

I got overly excited and ran over to buy some. He took one look at me with my blonde hair and english style and of course he rose to the occasion. He couldn’t lie to me and tell me the bunches were more than a Euro.

He told me they were one euro, but not the already made bunches of maybe 30 daffodils. Instead he picked up maybe four limp flowers and said ‘Un’euro!’

I just gave him a really sad and disappointed look and walked away. My good mood gone. I really wanted those daffodils.

It is tiring living in a place where you must be constantly on guard. But once you start to know the right people, life becomes a lot smoother. It’s remarkable how easy it is to slip into this formula. My friend Giulia got her car stolen last week.

It’s cheaper than buying a new one.

Once you get over the initial shock of the way of life here. Things don’t affect you in the same way. You smile at the men who yell ‘bella’ at you from across the street.

You use your friend’s connections to get where you want.

You fully immerse yourself in the colourful bubble that is Sicily.

You realise it’s futile to curse at the ineptness of public transport or when the shops just decide to be shut on a whim. As long as you eat well things are going to be okay. I just keep telling myself “èaccussì,” Sicilian for “that’s just the way it is.”

It is contagious, this Sicilian mentality to let everything go and deny the existence of problems.

If we can’t live in the present, let’s look to the past. But what we must never ever do is worry about the future.

Every now and then, it’s good for the soul to slip into a world where all that matters is the next meal.

One thought on “‘Sicily: A place of extreme frustration and extreme tranquility’”