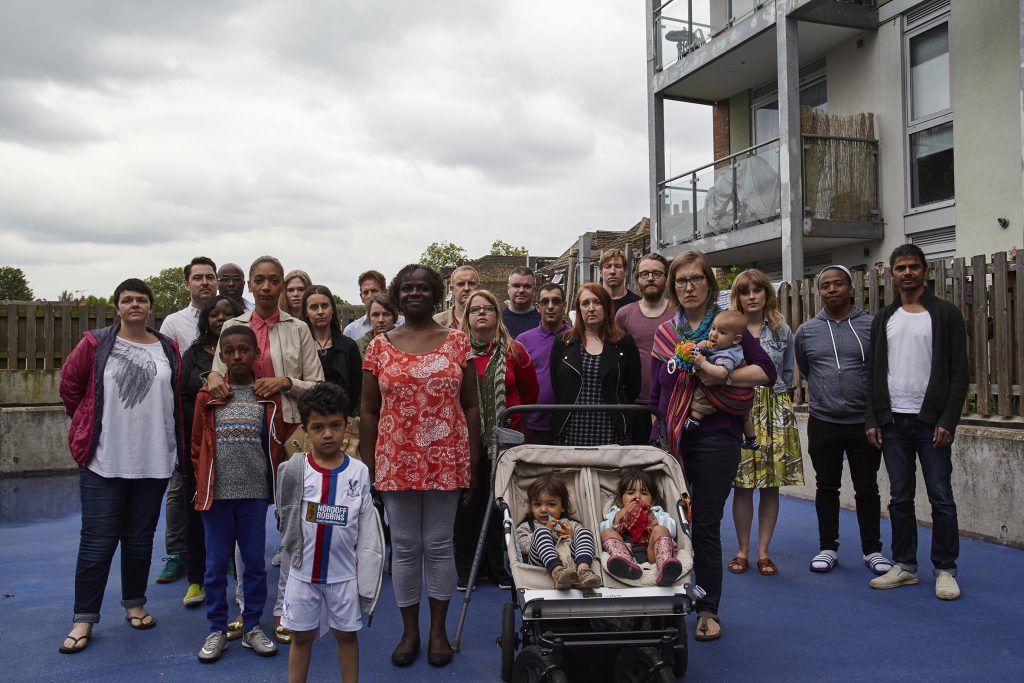 A six-storey development with not enough social housing is being angrily opposed by residents, whose window light will be blocked.
An abandoned plot in Rye Lane, Peckham would be turned into 29 flats – but 58 residents have written to Southwark council opposing the scheme.
The development was blocked by the authority in May last year because it had no cheap flats to rent, but the applicants Londonewcastle have now come back with a new design, which blocks the light for a large portion of residents living in nearby Co-operative House. It also overshadows a community garden which residents have been creating for their shared area.
One mum living there, Michelle Delgado, said: “We are not happy with the height of the buildings. At the moment, sunlight streams into my living room but with the block there, I will not get any direct sunlight.
“The developers used our comments from the consultation last year to say we were in favour – but we were only shown part of the scheme – two blocks were missing.
“The new plans haven’t changed hugely. Even Londonewcastle’s own report shows 32 per cent of flats will still not get enough light.
“One corner has been taken off one side and that has no impact on the issue. We would still lose an enormous amount of light.
“We welcome the development but it should not be at the expense of people who already live here.”
Little Winners Nursery, also in Rye Lane, has a play area which would also be overshadowed by the new blocks.
The Peckham Society welcomed the idea of a development on the site, but feels it is too high – members have demanded the council question the developer’s costings and insist on the provision of affordable housing within this proposal.
One resident of Co-operative House said: “There is already a lack of light in the communal courtyard we share at Co-Operative House and the height of the new development will severely impact upon this. My neighbours, whose properties face into the courtyard, will have diminished natural light and privacy and this will impact on their quality of life. I am also concerned about the disruption of a development of this scale. Parking is already a major issue in the area and amenities are stretched.
“I also believe that there should be an element of affordable housing in the new development.”
Another said: “This will rob us all of valuable sunlight hours during the morning – the only time we receive sunlight – as well as obliterating views. The developer’s own report states this. I find the level of failure unacceptable, especially as they are aware and have already taken steps to limit the impact.”
A spokesman for Londonewcastle said: “This site has been neglected for many years, and the burnt out building currently on site does little for the surrounding area.
“The proposals would see both residential and commercial uses brought forward,
importantly restoring the street front on Rye Lane.
“As well as new homes, the scheme offers significant community benefits including much needed employment space which will support local jobs and local businesses.
“Londonewcastle is keen to invest in the site’s regeneration, bringing a brownfield site back into active use and contributing to Peckham’s vitality and vibrancy.
“Londonewcastle submitted the proposals in May 2016, and have since been working extensively with Southwark council to introduce a number of improvements in response to officers’ and residents’ comments regarding the original application.”