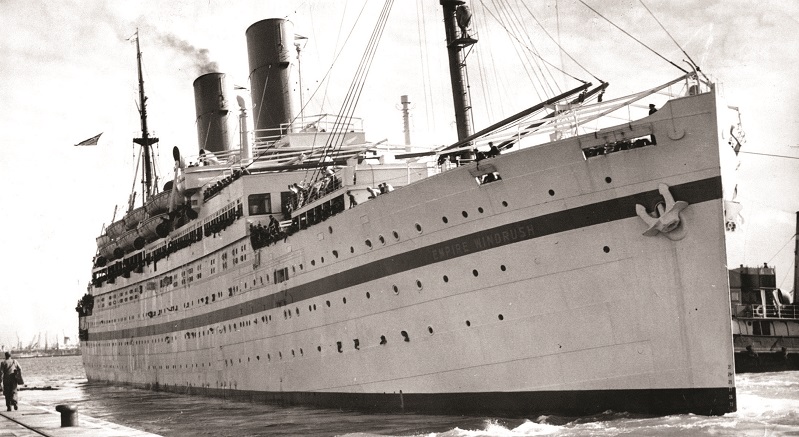 I’ve been thinking about my own parental upbringing in South-east London. What were the values that were instilled in me?  These would undoubtedly shape my views, my behaviour and attitudes towards others.

My Jamaican parents taught me to be honest, to be hard-working, respect people, respect my elders and always be polite.

They encouraged me to be courteous and compassionate. The list goes on.

They are values, to be honest, that I have completely taken for granted. The essence of these values are core principles which sadly seem to be lacking in some of our young people today.

Why? During the Windrush era, my parents were invited to the “Motherland” to work in Great Britain.

My mother told me that she wore a hat while travelling on one of many ships that docked in London from Kingston, Jamaica, in 1948.

Mum recalls travelling with the Powell family – one of them, Colin Powell, went to the USA instead and became a four-star general, commander of the US Army Forces and the first black chairman of the Joint Chiefs of Staff (1989–1993), the Persian Gulf War.

Mum’s hat was to pay tribute to the Queen who was Jamaica’s reigning monarch. Mum came over with a British passport and, given the recent scandal affecting a whole generation of West Indians, this was a source of comfort to her.

David Lammy, a Labour MP, however, has famously criticised the Government for its “cruel” and “inhumane” treatment of those who came over to the UK during the Windrush era.

Many whom have recently been threatened with deportation, pouring doubt on their British citizenship and valuable contribution to the British industry after the Second World War.

Parental upbringing is key for our young people today. There are core values and beliefs that shape us as individuals as we grow up.

There are subliminal themes in our subconscious that guide us into becoming the I was one of eight who were focused on education and a profession – very much guided and influenced by both of my parents.

I am convinced that some of “our” young people – “our” being the operative word – have somehow lost their way and a connection to having a valuable sense of identity that needs radical reformation.

These old-fashioned values and principles need to be re-vitalised. No respect for others leads to the tragic loss of human life. This is seen in the brutal attacks of knife and gun crime, a senseless war fuelled by drugs and danger becoming part of our social norm.

Lack of education, housing, work and money are obvious contributory factors to social problems. They cannot, however, be sole factors that inevitably lead a young person to a life of crime.

What else therefore can we do to influence, take responsibility for our children’s upbringing, attitudes, feelings of safety and security?

What can we do to create a better educational and employment system? How do we influence and produce more positive and productive behaviour in our young people? They need our help.

The Government seems helpless and we therefore need to take on the responsibility to say: no more to crime on our streets in South London.