Artists from South London have swept up a number of awards at a music event.

Arlo Parks and ENNY picked up awards in two categories each at the AIM Awards last week.

After scooping the One To Watch in 2020, Hammersmith-raised Arlo Parks took home trophies for UK Independent Breakthrough and Best Independent Album.

She said: “I want to say a big thank you to my fans, and to my team, I’m grateful to be growing every day as an independent artist and this period has been so difficult, so chaotic and so confusing, so to be able to bring people light in this time of need has been really special”

One of the fastest rising stars around, Arlo Parks’ debut album Collapsed in Sunbeams reached No3 on the UK Albums Chart.

Another artist with two wins under their belt for 2021 is ENNY from Thamesmead, who triumphed in the Best Independent Track category for Peng Black Girls ft. Amia Brave.

She also won the One To Watch in association with BBC Music Introducing. ENNY said: “Very unexpected, especially how early on everything has started happening, so I’m just really filled with a lot of gratitude. 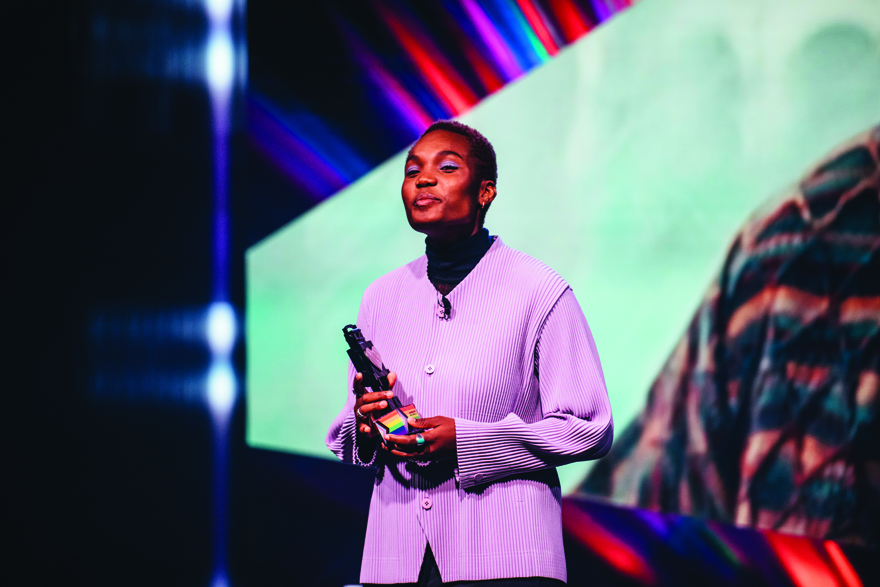 “Wanna big up my team and everyone that’s been a part of this journey so far.”

The awards ceremony was live-streamed, with watch parties taking place across the country.

Viewers tuned in to performances throughout the ceremony, including Lava La Rue, Tricky, Working Men’s Club and ENNY.

Blackheath-raised rapper and DJ Shygirl was nominated for the Best Independent Track category for her song Tasty, but lost out to ENNY.

AIM chief executive Paul Pacifico said: “Having been through one of the toughest times in music history, this year’s awards celebrate the humanity at the heart of the independent music community.

“The relationships between people, whether artists and their teams, independent distributors, and the platforms and independent record stores out there surviving and thriving in spite of challenges of the day.

“And of course, the fans, the people that make all of this possible.

“We’re a mutually reinforcing community that stands and succeeds together. Congratulations to all of our winners.”