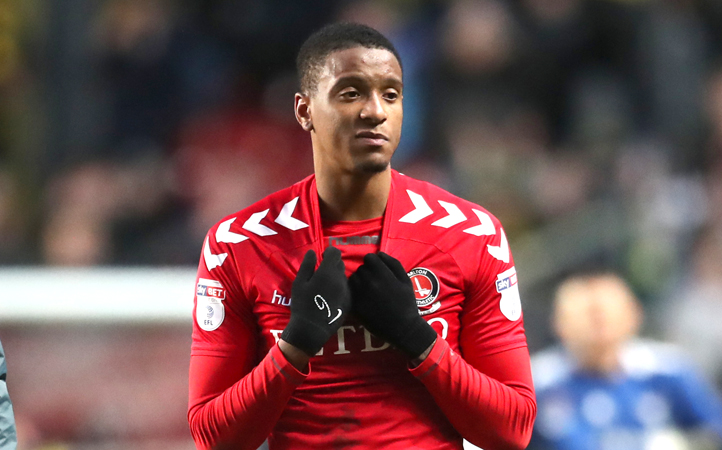 If the 20-year-old features tomorrow against Shrewsbury Town it will be his 75th first-team outing for the Addicks.

This weekend is not only the club’s designated Football For a Fiver fixture but also Academy Day, heralding the work done in the younger age groups.

Konsa is the latest to emerge through the ranks and there was plenty of speculation in January that the Newham-raised ball-playing centre-back could be on the move to the Premier League.

Ademola Lookman and Joe Gomez are the most recent examples to have impressed for Charlton and earned big-money switches to Everton and Liverpool respectively.

Konsa played for Senrab FC – where the likes of Alan Curbishley, Jermain  Defoe, Lee Bowyer, Sol Campbell, Paul Konchesky and Ledley King all started – before signing for Charlton at the age of 11.

“I played for them for about a year and then I came on trial for six weeks,” recalled the east Londoner, who supported Tottenham growing up. “I was a centre-half at the time but for the first couple of seasons I played right-back here and then got moved into central midfield.

“It was at under-18 that I went back to centre-back and I’ve largely stayed there.

“It’s a good thing to be versatile. It means I can play wherever the gaffer wants to put me.

“I was nervous before my debut [against Cheltenham Town in the League Cup on August 9 2016] but I got to spend the pre-season with the first-team, which helped me get used to my new surroundings. I played when we went out to Austria.

“There were nerves, but it’s good to have nerves a little bit.

“I’ve seen a lot of players push through to the first-team – Callum Harriott, Jordan Cousins, Ademola and Joe. For me to do that as well is a proud moment for me and my family.”

Konsa made 39 appearances in the 2016-17 campaign and is on 35 this time around, predominantly in his preferred role due to injuries to more seasoned campaigners like Jason Pearce and Patrick Bauer.

“I didn’t expect that last season but we had no centre-halves at the start,” he said. “There was only Roger Johnson. I was the only fit one. Then we brought in Pearcey.

“I played for a little bit under Russell Slade and then he stopped playing me. The new gaffer came in and I’ve been playing ever since. I feel I’ve taken my opportunity. My consistency has kept me in the team.”

So how do Charlton get that formula right to keep producing talent which is ready to step up?

“It’s like a family,” said Konsa. “Everyone gets along. The managers are really good, they know how to deal with young players. Steve Avory [academy head] has been here ever since I joined. He’s very good at motivating and encouraging.”

Avory has a reputation as a tough taskmaster and a smile breaks across Konsa’s face when asked about that.

“He’s serious when it comes to on the pitch. Off the pitch he is very talkative and a happy guy.

“The biggest thing I have found is the way I have matured with Steve around.”

Konsa has one word – blessed – tattooed on the side of his left hand.

“I feel very fortunate to be in this position right now – playing football for Charlton Athletic,” he explained. “There are a lot of kids my age, and younger, who want to get into my position.

“I feel truly blessed. I want to thank God for that.

“The area where I was growing up there was a lot of crimes and gangs but I wouldn’t like to say I would have got caught up in anything if it wasn’t for football. I’ve got an older brother who looks after me a lot.”

There will have been a few silent prayers that Konsa was not the second significant outgoing last month after Ricky Holmes’ sale to Sheffield United.

Both Brighton and Everton were tracking the England under-20 international, who also qualifies to play international football for DR Congo and Angola through his father and mother respectively.

“There was a possibility I could’ve been on the move but in football nothing is 100 per cent.

“I just keep it in the back of my head. All I need to do is concentrate on my football. I knew there was a chance I’d be staying at Charlton and I don’t mind that – Charlton is my home.

“I’m just trying to get promotion. All that other stuff is kept in the back of my head. The ambition is to play at the highest level.”

Konsa struggles to pick out an attacking opponent who has caused him the biggest headache.

“I’m not saying this in a big-headed way but no-one has really challenged me like that. Jack Marriott at Peterborough played more centrally in the second half and his movement was very good. He’s kind of small, so everything is sharp with him.”

Asking the same question about the best team faced also has Konsa once again pausing for a period.

“I think we’re better than all the sides that are above us. There is not much difference between us and the top-five.”

And yet Charlton are 15 points behind leaders Blackburn Rovers and 14 adrift of Shrewsbury, even with a fixture in hand.

“That is down to a lack of goals,” said Konsa. “If we’d scored more than we’d have definitely been top two. We get so many chances in games, all we need to do is be more ruthless and I feel we’ll be up there.”

If Charlton do click then it could be a second bit of silverware for Konsa, who was part of the young Three Lions side which won the FIFA under-20 World Cup in South Korea.

“My dad’s kept my medal in a secret place for me,” he said. “It was a very good experience to go out there, seeing the best lads at my age. I didn’t get to play as much as I wanted to.

“But to get out on the pitch [as a substitute in the semi-final against Italy] was a great moment for me and my family, who were watching on TV.”

All tickets for Charlton’s home game against Shrewsbury Town on Saturday are £5. Get your ticket from www.cafc.co.uk/tickets