Both teams had conceded very few goals in their preceding matches but that defensive steel was missing from both side’s at Maidstone United’s Gallagher Stadium.

The teams had contrasting styles of play. South London played a possession passing game while Gravesham were happy to counter-attack and go more direct.

South London dominated the early possession and hit the bar. Gravesham had the lead from their first shot on target – South London keeper Sammie Saward could only parry out and the loose ball was tapped home. 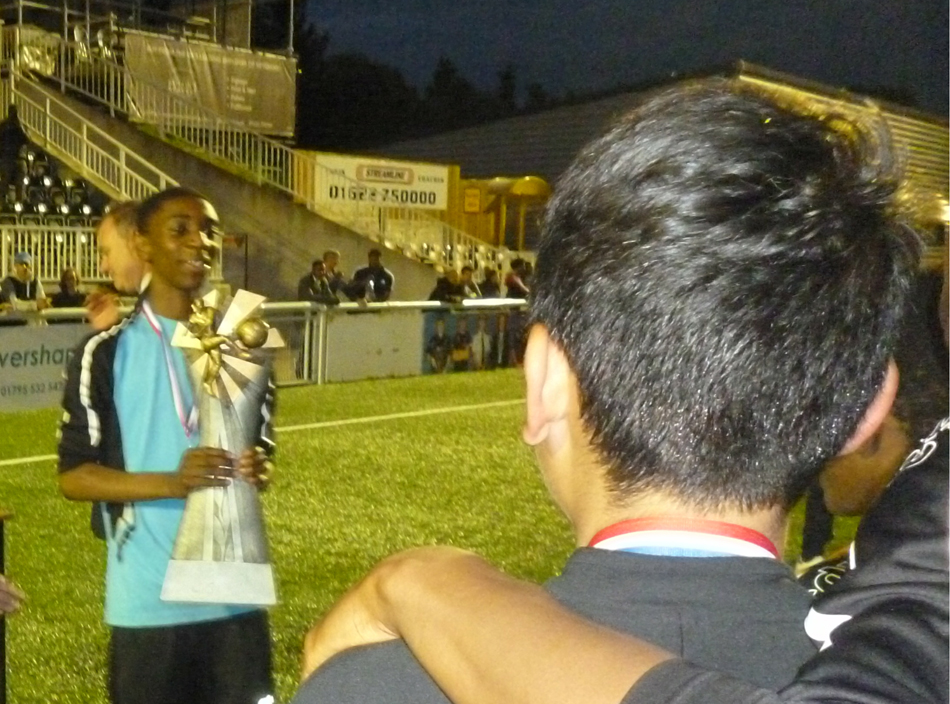 South London were caught on the counter when a shot hit the post and was converted by an alert Gravesham forward.

It needed something special to start a fight back – and Alpha Turay came to the rescue. Stepping out of his defensive role he went on a mazy dribble and drove home.

Then Rodrigo’s long shot at goal was only parried and Emeka Adlele tapped in to make it 2-2 at the break.

Within minutes of the restart South London scored. Mikel Francis, who along with Oliver Whitby was outstanding in midfield, finished off a five-man passing move.

Francis struck again to open up a two-goal lead

Gravesham decided to launch long balls towards the South London goal. This was a real test for Alpha Tugay and his fellow defenders Emmanuel Logan, Benson Sulubika and Saward. They won most of their duels and headers.

With a few minutes left Gravesham cut the deficit to 4-3 but South London fought to keep them and become South East England champions.

Manager Shuhal Ahmed said: “This was a great advert for schools football which was played in a sporting manner despite its competitive nature.”