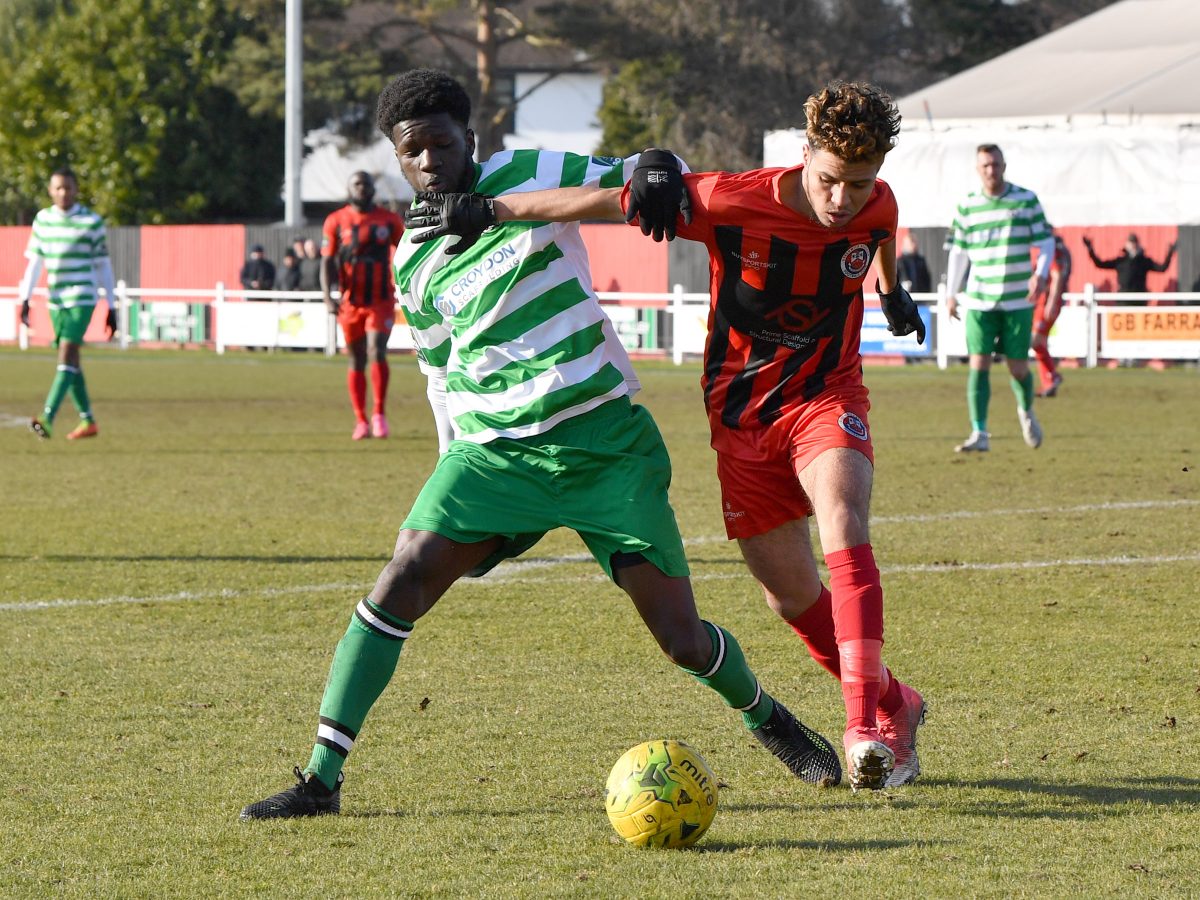 Greenwich Borough came out of the traps flying in this Bostik League South fixture, taking the lead in the ninth minute when a flowing passing move sent Ryan King-Eliiot away down the right hand side to drive the ball across for the clinical Jack Barham to make it 1-0.

Greenwich were in the ascendency and with Ali Fuseini and Bradley Pritchard pulling the string in midfield and dictating the tempo, time and time again they threatened through the pace and movement of Kaka Dembele, Nassim Dukali, Ryan King-Elliott and the ever-willing Barham.

It only took until the 21st minute for Borough to double their lead as another flowing move sent Dembele away. He found Dukali to have his shot saved only for King-Elliott to follow up to smash home the rebound.

Two soon became three in the 26th minute some neat interplay down the left sent Tom Carlse away and at a high-angle squeezed his shot with the aide of a deflection past the South Park keeper.

A ruthless Greenwich Borough side came out with a real intent to carry on where they left off. Travis Gregory was introduced at the break and it was his pace and awareness that allowed Barham to slot home from a neat cut-back in the 49th minute.

Six minutes later it was Gregory himself who got in on the act to make it 5-0 before South Park struck a consolation to make it 5-1, only for Borough to up the tempo again and the busy Dukali opening his account for Greenwich making it 6-1.

Borough were not done there and scored their seventh and eighth through Gregory, who grabbed his second, and another substitute made his mark as Omari Hibbert-Delgado thumped home a vicious volley to make it a resounding 8-1.

Borough Manager Paul Barnes said: ”It finishes off a very good week for everyone at the club, we gave a very good account of ourselves against a strong Leyton Orient side [in a friendly] on Tuesday, where we were able to work on a few new ideas and people were tasked with new roles.

“Today we took that same level of performance into the game and that was with having the luxury to rest a few and shuffle the pack. We showed what we are capable of when we are playing with the intensity and tempo we want to, and the scary thing is, we are still growing and getting stronger as a group.

“I am delighted to come away with the scoreline, but the most important thing is three points, we have given ourselves a real chance with eight games to go.”