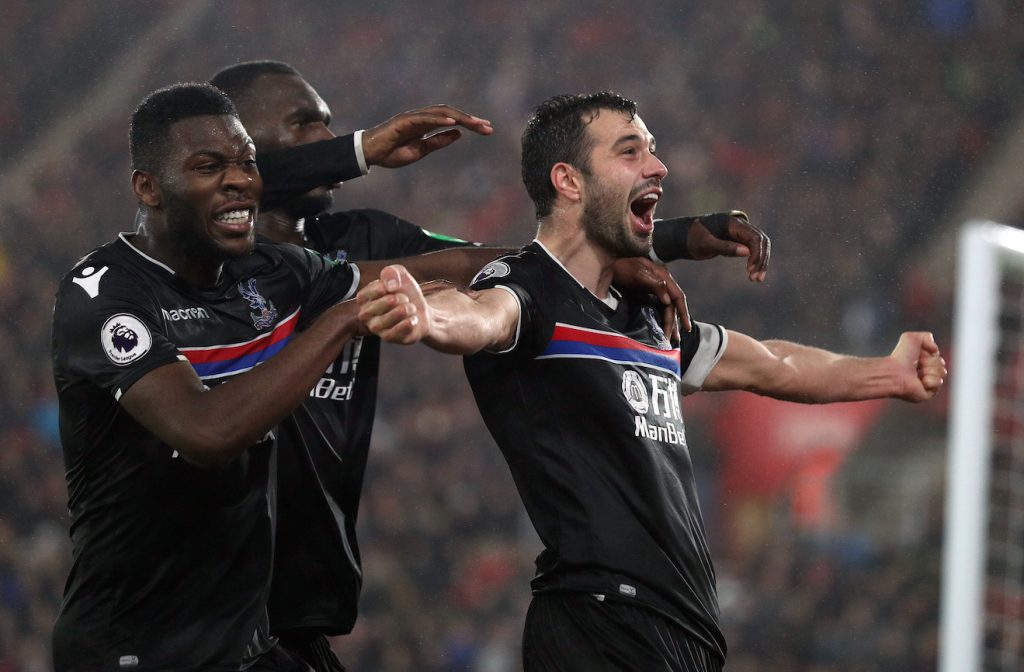 Crystal Palace Sport
2 January 2018 Richard Cawley 0 Comments
Crystal Palace came from behind to earn victory at Southampton thanks to second-half goals from James McArthur and Luka Milivojevic, writes Matt Woosnam.
It was a game affected significantly by fixture congestion, poor weather and a terrible pitch, and it was evident throughout a first-half significantly lacking in quality.
After Shane Long opened the scoring on 17 minutes – finding the far corner from a low cross into the box – the game largely lived up to low expectations following the congested Christmas period of fixtures.
Long should have put the hosts ahead just two minutes in when he burst into the area from a knockdown but blazed his effort wide.
Palace rarely threatened but could have equalised five minutes after going behind when Wilfried Zaha surged forwards and pulled it back for Christian Benteke but the striker, clearly lacking confidence, dallied on the ball and the chance was wasted.
Andros Townsend then went close after half an hour with a fizzing effort from outside the box which Alex McCarthy palmed behind. That was the last meaningful action of a drab opening 45 minutes.
The dynamic of the game completely changed when Bakary Sako was introduced just after the hour mark. He injected energy and pace into the Eagles.
Townsend crossed for Benteke to flick a header for James McArthur to fire into the net to equalise.
Suddenly Palace had the wind in their sails and Townsend was again involved, as he cut inside on 80 minutes and squared for Luka Milivojevic who had plenty of space to unleash a fierce strike past McCarthy to seal the three points for the visitors.