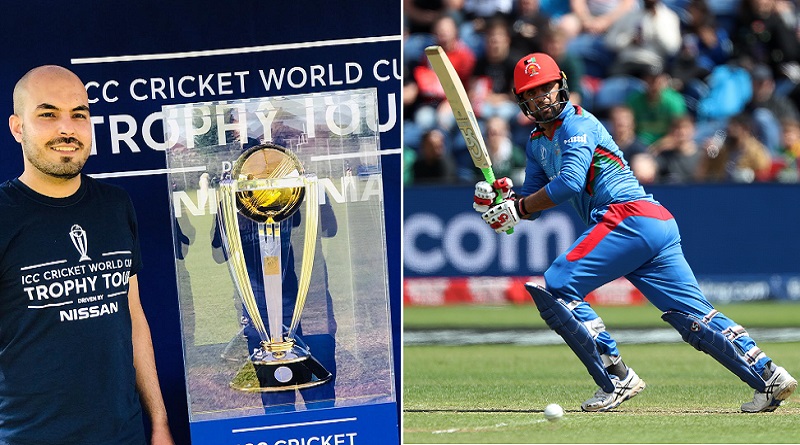 An Afghan refugee has thanked local charities, cricket teams and projects for giving him and his compatriots the chance to watch his country compete in the World Cup.

Ajabgul Khan, 24, from Croydon was one of nearly 50 Afghan refugees who got to see Afghanistan play South Africa in Cardiff on Saturday, June 15, in the ICC Cricket World Cup.

The trip was organised by Harshil Trivedi, founder of Thornton Heath Cricket Club, who contacted local refugee cricket projects and charities and World Cup organisers in order to get the refugees to the game.

Ajabgul, who fled his war-torn country 10 years ago, plays cricket for the Afghan Refugee Project in Wallington, who Harshil contacted.

The whole experience was worlds apart from Ajabgul’s life before arriving in the UK.
He fled Afghanistan in 2009 – when fighting between British soldiers and the Taliban was at its most intense.

Before fleeing the country, Ajabgul had never left his district of Khogyani, and his move to London has given him the chance to start a new life and explore new horizons.

As well as playing for the Refugee Cricket Project at the Change Foundation Cricket Centre in Croydon, he is a level two qualified cricket coach in the Surrey set up.

He said: “I love the game of cricket and to help kids come off the street.”

When asked about how his life is better now than when he was in Afghanistan, he mentioned the opportunities available to him here, in a peaceful country where there is no war.

Harshil Trivedi struggled to fund the trip to Cardiff.

He received the free tickets from the Cricket World Cup, but realised he had no way of getting the refugees to the match, so contacted local organisations to fund a chartered coach.

He said: “At a cost of more than £1,200 it was never going to be easy, but thanks to Surrey Cricket Foundation and Croydon Voluntary Action I was able to raise the full amounts to cover the cost of the trip.

“And one of my friends was able to secure a grant for lunch.

We managed to raise just over £2,200 worth of funds in eight weeks to cover this project, which is a testament to a number of kind people and an unstoppable attitude to helping the community.”