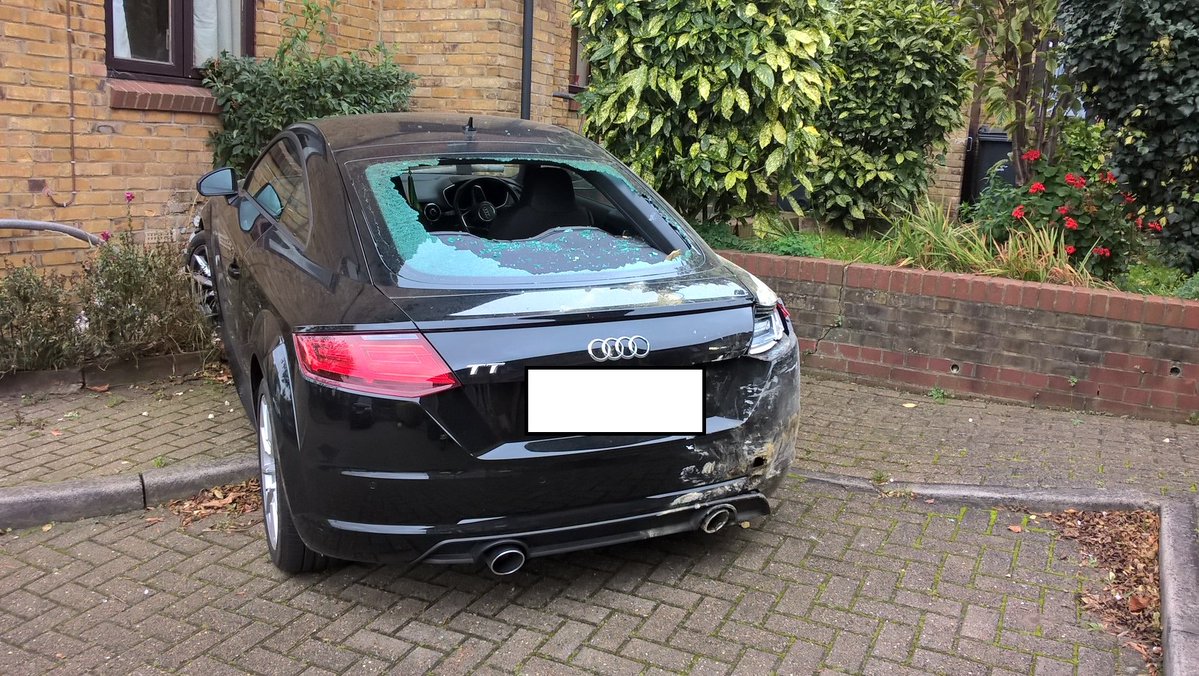 A driver forced homes to be evacuated after reversing too far and smashing into a porch, rupturing a gas main.

The woman then drove her Audi TT forward into another property in Lansdowne Hill, West Norwood on Tuesday, causing further damage.

Firefighters called to the scene had to act quickly to stop a potentially large gas leak after the accident. They evacuated six people from four nearby houses and used extra-strength putty to stop the pipe leaking, following a 999 call at 12.36pm.

The driver was not hurt in the incident.

Station Manager Chris Payton, who led teams from West Norwood and Battersea Fire Stations, said: “It appears that a car has been accidentally reversed into the front of a house damaging the gas intake. The car has then been driven forward into an adjacent property. The driver was checked over by London Ambulance Service and thankfully she was unhurt.