A rapper who grew up in and around South-east London has released his first five track EP, with the help of a charity that champions rehabilitation through music.

Uriel Darius was introduced to mental health charity Key Changes while in hospital, and by working with them was able to create a record called The Unfinished Chapter.

The 25-year-old said: “I use music to make myself feel better. I was in a bad state but started feeling there was light at the end of the tunnel.

“It was a way of me expressing myself, and saying I’m no longer in the waiting zone for the next transition in my life.

“That’s why I called it The Unfinished Chapter because it’s a transition to the next level.”

The songs explore a range of themes, from his relationship with God to his battles with his mental health.

Mr Darius’ childhood involved a lot of unsettling change, moving around various parts of London and developing strained relations with his parents.

As a sole provider his mother was rarely around, while his father was “chasing his own demons and intermittently bringing bad energy into the house.”

He was sent to Nigeria at 13 to find his way and returned to England at 16, grounded and in good spirits.

Mr Darius’s college years continued to be positive until cracks began to show. A close friend going to prison and losing loved ones served as the final trigger for life to start spiralling out of control.

He said: “I was suppressing my faith and smoking too much marijuana.

“Everyone was doing it so I thought I’d give it a try and I didn’t know I’d find myself so clinging to it.

I found myself going back to it all the time every day after college and then before I knew it I was addicted to it.

“A lot of people would say that it’s a healthy drug to take but not everybody can handle certain drugs.

“My system wasn’t designed for it. I started hearing voices, seeing things and feeling out of place socially.”

During this time he was introduced to Key Changes, the charity for musicians with mental health experience.

He said: “I was able to sit down and tell myself to stay here, stay in one place, focus your mind, say what’s on it, let every thought that’s on your mind out and control it and discipline yourself. I was able to do that and from doing that it really helped me.”

The resulting EP has five hard-hitting tracks, including lead track What’s On My Mind.

The song features a room-shaking beat with apocalyptic bells and catchy hook and explores the tension between having a relationship with God and the desire for material wealth.

Mr Darius said: “It’s about being honest about my pursuit in life because as much as I want God, I want things that satisfy me as a human being, I do want money, I do want a woman, I do want these flashy things in life but I want to put God first.

“God   is   the   reason   everything exists, so if I have him I have everything I need. And if I get those extra things, that’s an extra. That’s a bonus. So I put God first.”

Another track, Find It Hard To Say, has a slower rhythm with a melodic R&B vibe.

“It shows I’m trying to express to myself about how far I’ve come and the places that I want to take myself to in the next few years.

“It’s about my life as a mental patient and coming out of that, coming out through my struggles and moving through everything that

“So that song really touches home. I want to express that to people so people can be inspired and they can put their feet in the right direction.” 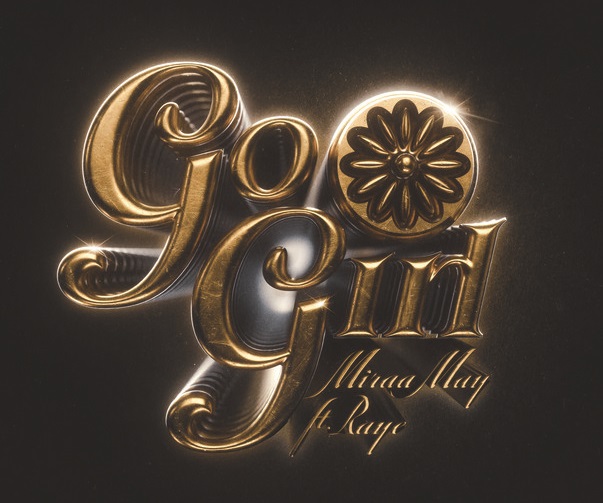 Miraa May, one of the fiercest, most prodigiously talented and highly rated artists in UK music, has teamed up with best friend – Croydon-based RAYE on the unmissable R&B anthem Go Girl.

The song celebrates female excellence and the unbreakable bond Miraa shares with her female friends and gives us the first taste of what’s to come on her eagerly awaited debut album.

Speaking about Go Girl , Miraa said: “I’m so excited for my first release in a whole year!

More crazy that it’s the first drop off my debut album, and to top that off I got to write it with the incredible RAYE. I couldn’t have asked for more.”

The accompanying video, creatively directed by Miraa May alongside Ghanaian-British director Sheena Brobbey, has also dropped.

It’s a non-stop party that features Miraa, RAYE and their girls in staycation mode, celebrating friendship and having fun, in a powerful and joyous display of female empowerment.