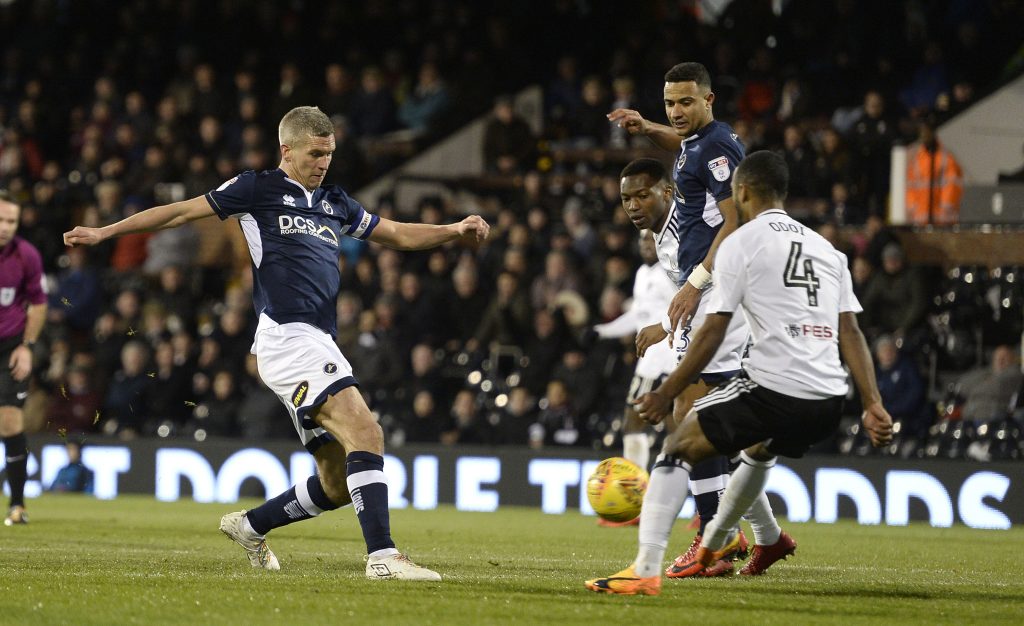 Steve Morison has turned up the heat on himself and the rest of Millwall’s attacking players – claiming none of them are doing their jobs.

The Lions vice-captain, who has worn the armband for nearly the entire campaign with Tony Craig gaining minimal match action, has yet to score this season.

And Morison was typically blunt after Saturday’s 1-0 defeat at Fulham.

“Of course it weighs on us.

“If the fans want to come and watch us train, they’ll see we can put the ball in the net. We’re just not doing it on a matchday at the minute and it’s affecting the team.

“There’s no point sugar-coating it, we’re not going to win games if we’re not scoring goals. We can’t rely on Sav [George Saville] to score for us every week.

“It’s easy to keep saying we’re unlucky, but you have to take responsibility as players. People will write us off and say we need new players, but we know we can put the ball in the back of the net. People are looking for answers but they’re looking for them in the wrong places.”

Morison rejected the notion that Millwall need to add in that area in the January transfer window.

“Why? Who do you go and get? If you bring someone in and they don’t score for 10 games, what are you going to do, bring someone else in?

“Everyone who is scoring goals is playing for a team. The stats this season show we haven’t been good enough in front of goal but that will all be forgotten when we stay up and we’ve all got a few goals to our name.

“It’s just not happening for us at the minute and we’re not putting the ball in the back of the net. But on Saturday we’re going to play exactly the same way we did on Saturday.

“Sheffield United will know our team already because that’s what we do. If we win, everyone will say we were brilliant even though we’d have done exactly what we did the week before.

“We just need to do what we’re doing a little bit better – like we were at the start of the season – and we’ll be fine. People can say it’s negative, but I don’t care if we finish fourth bottom. We just want to be in this league next season and then we can build again in the summer.

“We’ve shown we’re a match for anybody in this league. We’ve beaten teams like Leeds and Norwich and we did it playing exactly the same as we did on Saturday – we just put the ball in the back of the net. It’s glaringly obvious what we need to do.”