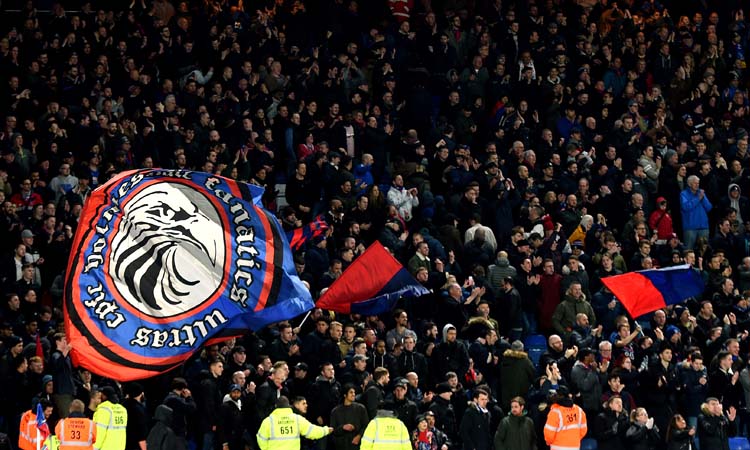 Steve Parish is confident Crystal Palace fans will play their part as the club’s battle to stay in the Premier League intensifies.

The Eagles are 18th in the table and tomorrow’s trip to Huddersfield, by no means clear of trouble themselves, is huge.

The pressure will only get greater on Palace if they cannot move out of the bottom three soon.

Chairman Parish said: “We are taking 2,000 to Huddersfield on Saturday. Massive away support, and they will make the noise of 10,000 – as they always do. Sometimes I think fans think we just say it, but it does mean so much to the players. It is massive if they stay behind you.

“Four of our last eight are at home. We all know the way this works. Nothing happens the way you thought it would. And there are moments in games when you think all is lost and you turn it around. They will be as much a part of it as anyone.”

Manager Roy Hodgson’s selection options have been stifled by a number of big-hitters being unavailable due to injury. But Ruben Loftus-Cheek, Mamadou Sakho and Yohan Cabaye could all return at the Galpharm Stadium. Wilfried Zaha announced his return to the first-team fold at Chelsea last weekend, pepping up a previously subdued Palace at Chelsea.

“It is going to be about our big players coming back and helping, “ said Parish. “The lads have been doing great but we have been struggling for options really. If we have got a good 11 and a good bench, you need experience really at this time of the season.

“Everybody has got to realise that nothing comes for free. There are other teams who want to stay in the division as well. Big teams – Stoke and Southampton – that have been in the league longer than us. It is tough. We have got our work cut out. I’m excited, [but also feel] trepidation.

“I have got every faith in Roy, Ray [Lewington], Steven Reid and the staff. The atmosphere is great, people can see that on the pitch, the planning is great, the application of the players if great.”

West Ham United are another drop rival and the ugly scenes at the Olympic Stadium on Saturday was a public display of the rift between supporters and the board.

“I do not wish what happened at West Ham on anyone,” said Parish. “I do not look at that and think ‘that is great for us’. I know David Sullivan and David Gold. None of us are going to get everything we do right. It is impossible.

“Everybody has got a degree in hindsight. Everyone knows the team you should have picked at 4.45pm on Saturday. It is easy to criticise. I know those guys have got their heart and soul in that club.

“I talk to David Sullivan and David Gold a lot and these are nice people who do everything they can for that club. Things do not go wrong on purpose. I understand people get angry, but I think we have got to keep some perspective. “This is meant to be fun. Three teams have got to get relegated. And everyone is trying as hard as they can to stay in the league. Everyone who runs football clubs are smart, they know what they are doing.

“Of course it is fine to debate that and it is fine to criticise and have a point of view. But nobody can say that [the trouble at West Ham] is fine. Two guys who are just doing their best – and are not even in the relegation zone.

“I know it is difficult for supporters to stay calm in that moment. We have all had it after a game when we are getting beat. It is not a nice experience. You can make your feelings known without stepping over the line. I was disappointed to see that. I know that club is a great club and had got great supporters. And they will all rally round. When push comes to shove they will all be there for the team. They made their feelings known and hopefully they have put that behind them.”