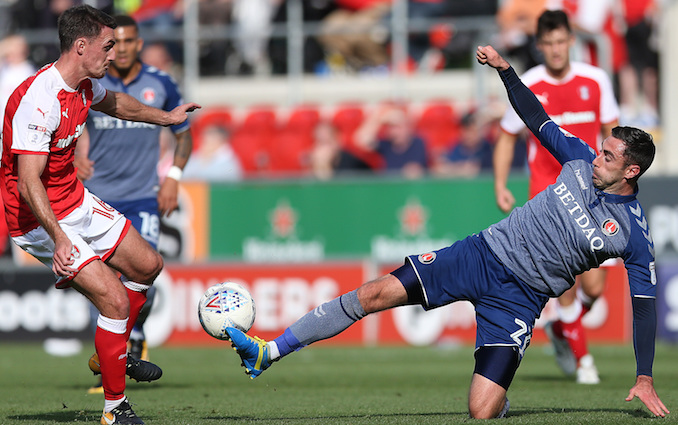 Both players left the Addicks at the end of the summer transfer window.

Novak joined Scunthorpe on a free transfer and the South London Press was told recently that the 29-year-old, one of the club’s top earners before his exit, was set to trigger a 12-month contract extension if Charlton won promotion.

The decision to let him move to Glanford Park late transfer deadline day leaves the Addicks light on experienced frontman.

But even early last season there were indications that Novak had not settled at the SE7 outfit.

Crofts terminated his contract by mutual consent on the final day of the window, allowing him to move as a free agent.

Robinson said: “If you speak to anyone at this football club, they went with a heavy heart from a club perspective.

“I’ve got tremendous respect for both. I told them both I wanted them to stay at the club but this is going to be the situation. They did what they felt was best for their careers. Lee Novak is one of the nicest men I’ve met. Same with Crofty.

“There is not a part of us that feels disappointed with them.

“They are good people and top players. Scunthorpe have got two really good characters there, trying to get success.”