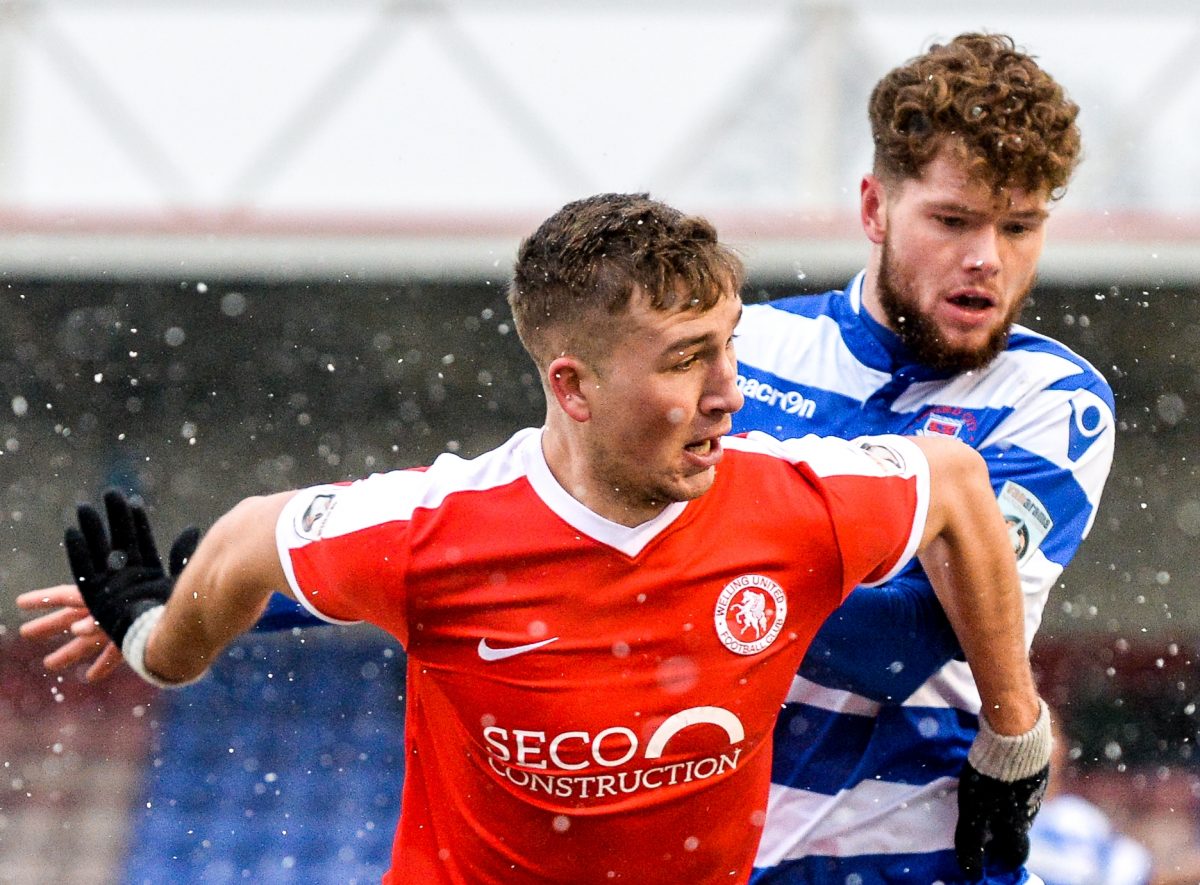 The 21-year-old striker joined the National South side in January. He scored twice in Saturday’s 4-1 win at Hungerford Town.

Philpot will be a free agent in July if the Lions do not take up a 12-month option in their favour.

“I’d love to stay at Millwall – the manager and boys there are fantastic,” he said. “They have exceeded expectations in the Championship in terms of more than just survival.

“Their style of play suits the way I play and I have taken from that. I have learnt from Neil Harris and the coaching staff. When I’ve scored goals this season – and I spent the first half of it on loan at Woking – I’d say 75 per cent of my goals have been from runs that they tell us to make.

“So that hard work is paying off. That’s excluding assists and chances created through their philosophy. Neil Harris is a great manager – absolutely fantastic.

“I’d be a little bit disappointed if I had to consider life without Millwall – I joined them when I was eight years old. But then again, football is a harsh game. Football owes you nothing.

“Nothing is guaranteed in football – you have to go and earn it. If that means you need to go somewhere else to prove yourself then that is what you have to do. It happens at every club, up and down the country.

“But I believe in myself and that hard work will gain you the rewards. Ideally that is with Millwall, but if not then it will have to be somewhere else. I believe if I continue to work hard then anything is possible. I can’t afford to have any distractions. The only way to get a contract at Millwall – potentially – is if I help Welling get in the play-offs. Promotion would catch the eye of people – it looks great on your CV.

“I haven’t won a thing before. So it would be special if it happens at Welling.”

Philpot made his Millwall debut on the final day of the 2014-15 Championship season at Wolves. But he tore knee ligaments twice with other niggling injuries sidelining him.

“This is the first season where I haven’t done anything,” he said. “I’ve had an unfortunate time before that.

“I’ve been able to get my confidence back. I never felt I had made it after the game at Wolves, not at all. Livers [David Livermore, assistant manager] says to the young boys at the club that you can’t call yourself a professional until you have played 100 league games.

“I am an under-23s player still trying to push on. That is why I have been going out to Woking and Welling, to get experience.

“I have learned a lot, especially this season. I’ve watched a lot of Steve Morison and I’d say the fact that 90 per cent of my aerial duels see the ball stick with me comes from the things I have picked up from him and Lee Gregory. Lee is unbelievable with the way he brings the ball under control.”