Jack Rudoni has set himself the target of reaching 20-plus goal contributions this season, with the Carshalton-born midfielder studying clips of Cristiano Ronaldo as he searches to become a reliable outlet for AFC Wimbledon.

Rudoni, 20, has been at Wimbledon since he was 11, rising through the age groups to make his professional debut for the club in 2019.

Now, with more than half a century of first-team league appearances to his name, Rudoni is one of the more seasoned professionals in Mark Robinson’s side and has started the season with a self-assuredness and maturity well beyond his years, with three goals and one assist in eight games.

“My target at the start of the season was to get 20-plus goal contributions overall because that’s what I believe I can achieve,” Rudoni, who scored twice in a 3-1 win over Oxford at the start of this month, told the South London Press.

“Oxford has to be the benchmark for me. On and off the ball, I felt as if I was really strong. I saw a stat that I made seven clearances, won three aerial battles and won 100 per cent of my tackles. I need to think that if I do my stuff well off the ball and get all of that right, then the on-the-ball stuff will just happen naturally – because I believe in my ability.

“I don’t need to think about that part of my game as much because if I just let it happen and play freely when I am on the ball, then all the goals, assists and special stuff will happen. I just need to make sure I am very good off the ball.”

After becoming one of the first names on Robinson’s teamsheet, featuring in every game from February onwards, Rudoni set about developing his game with the natural instinct of goalscoring.

It began on the first day of pre-season when set-piece coach Andy Parslow sat down with Rudoni to show him clips of five-time Ballon d’Or winner Cristiano Ronaldo.

“When I come in on the first day of pre-season, and I’m getting shown clips of Cristiano Ronaldo jumping ridiculously high and heading them in from all over the place, I was thinking: “Are you sure, Andy?” explained Rudoni.

“But once we started to speak about it, and he’s really been showing me the type of movements I should make in the box for set-pieces, I am starting to learn the places where the ball could drop and switching on to the second phase.

“I am not always going to win the first contact from the free-kicks and corners. But as you saw from my first goals against Oxford, Will Nightingale nodded it down, and I was there to put it in. It’s about being switched on and constantly checking your movement to score and find where the ball could be. That’s something Ronaldo and the best attacking players do.” 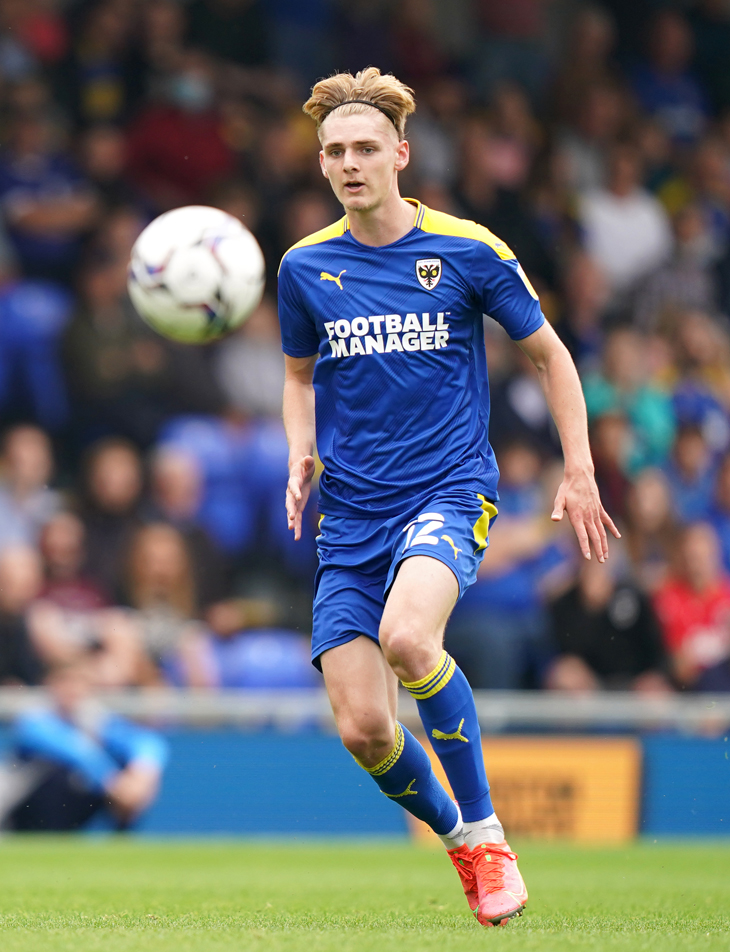 Rudoni’s start to the season has been a significant factor in Wimbledon’s pulsating performances.

Robinson’s side have come from the clutches of defeat in five games this season to secure points.

The South Londoners have scored the most goals out of any team across the top four divisions in English football and are fourth in the League One table. Rudoni insists there is more to come from the side.

“We have a fantastic squad, and we are really going to surprise a lot of people this season with how good we are,” he said. “Once we start being ruthless and cut out the silly goals, we can put a statement on what we are like this season.

“We have a really good morale in the team;. If we keep that strong and work for each other, I don’t see why we can’t achieve whatever we want to this season.

“We have a good mixture of players in our team, and I don’t even think it’s properly clicked yet – we still have a few more gears to go before we’re properly firing. Once it really clicks, we will be on fire.

“When the change came with Robbo [replacing Glyn Hodges], everyone was buzzing to do something new. Everyone really believed in him and bought into what he was doing with the club.

“At the end of last season, the spirit of the team was so, so high. Everyone was so focused, and it was almost a routine of just going out there and winning.

“Knowing Robbo since I was 11, it was easy for me to buy into what he was saying because I know what he is like, and I believe in him.

“It’s a joy to work with Robbo. He just gives me the freedom to go and express myself – as long as I do my work off the ball, which I am learning to do.”