Sunny Edwards has ramped up talk of a flyweight unification clash with Julio Cesar Martinez after a successful mandatory defence of his IBF world title last weekend.

“He has a belt, and we want to unify, so gladly we’d go to England for the fight,” said the Mexican.

The Ring magazine – one of the bibles of the sport – has Martinez at number one in their rankings with Junto Nakatani (WBO) and Artem Dalakian (WBA) ahead of Edwards, who is 17-0.

“I want to unify and I want the Ring Magazine number one,” Edwards told iFL TV. “I want Martinez – he’s the guy. I called him after the fight. I’ve cleared up my mandatory and I’ve got a voluntary next, let’s get it. I want the big fights. 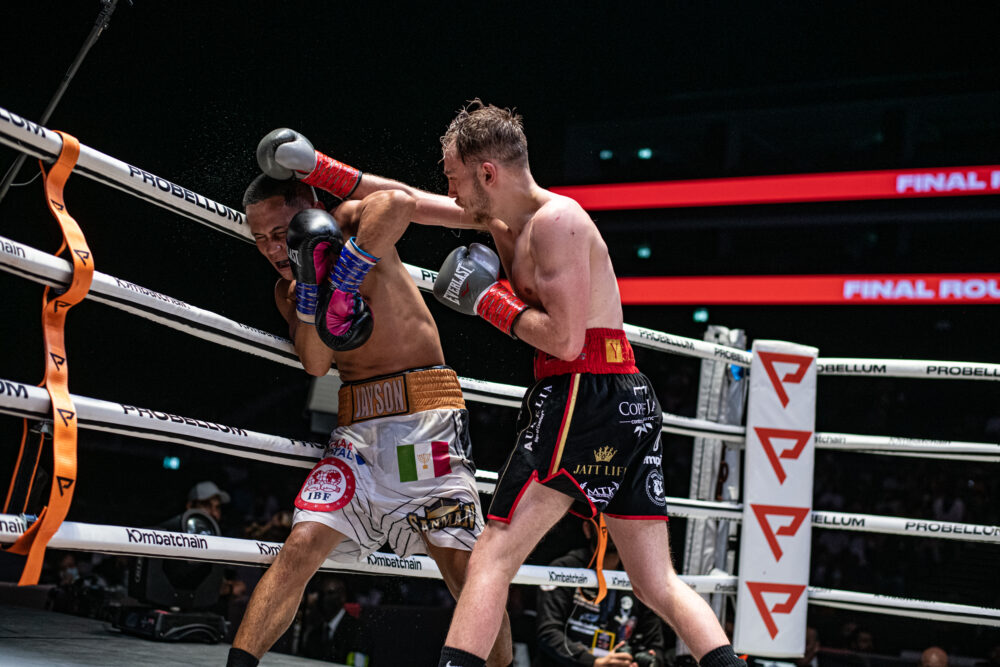 “You see every time an opponent telegraphs these big shots, like power punchers do, that I always find a way to get out of the way of it.

“I went 12 rounds [against Mama] and barely took a shot.

“Edwards-Martinez is the highest profile fight in the division. If it got made next week it would make a little splash in world boxing.

“I’ve seen Eddy Reynoso [Martinez’s trainer] tweet me earlier saying I’m easy for his boy, which must show their intention a little bit.

“They haven’t been in a ring with someone like me. They might think they have, but they haven’t. I’m very hard to win a round against – and even harder to hurt.”

Edwards was the main event on Probellum’s show at the Coca-Cola Arena. He suffered a nasty cut after an early clash of heads but did not let that derail his gameplan. Mama (16-1) was dropped in round 10. 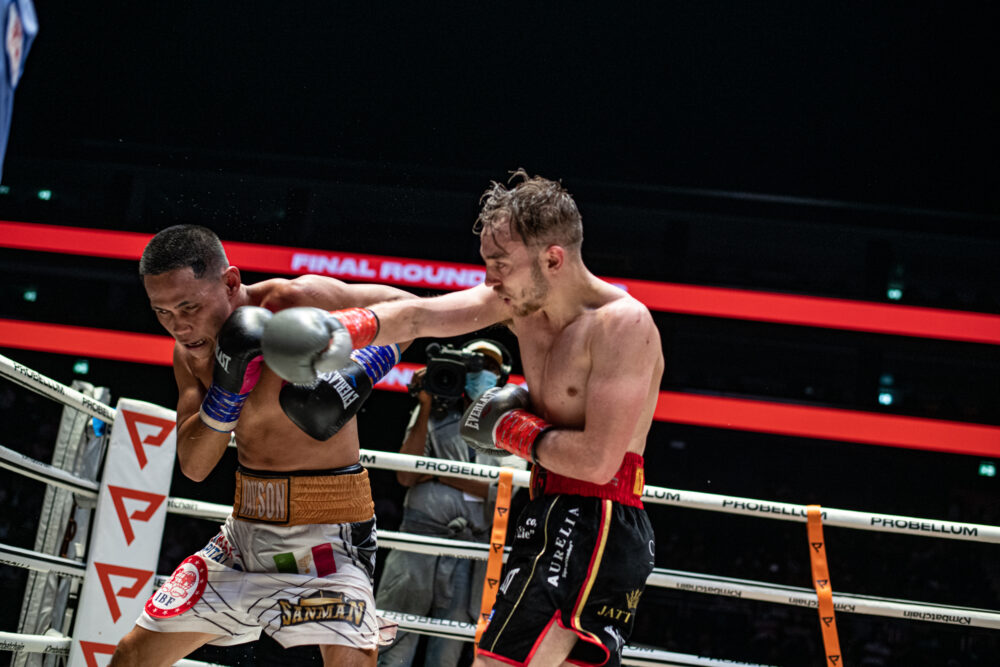 “I have a lot of respect for Jayson and I hope he comes again and gets more opportunities,” said Edwards. “He’s a good fighter – I’m just a great fighter, in my humble opinion.

“The cut had very little effect. Paul Weir, in my corner, did a fantastic job. I wasn’t worried. The blood stopped streaming down. It opened up again a little more towards the end. There was blood pouring into my eye in the second round but my opponent isn’t going to feel sorry for me, so I can’t feel sorry for myself.

“I was screaming like a b**** having the stitches done with the doctor. I f****** hate stitches. And they’ve shaved my hairline a little bit back up. That’s taken about two years off my life – and not because of how hard the fight was.

“The age and maturity I had over him – the experience – paid dividends.

“My last fight was Moruti Mthalane and from the seventh round onwards it was like someone was sitting on my chest. That was hard. This fight I didn’t really get out of first gear. I had more layers.”

All 13 of Edwards’ points wins have been by unanimous decision.

“The closest card I’ve ever had in a pro ring was 115-113 against Moruti and everyone was up in arms and complaining about that scorecard,” said Edwards, whose brother Charlie had a no-contest with Martinez in 2019.

“Boxing is not a burden to me. I enjoy the fight, even when it is not going all my own way.” 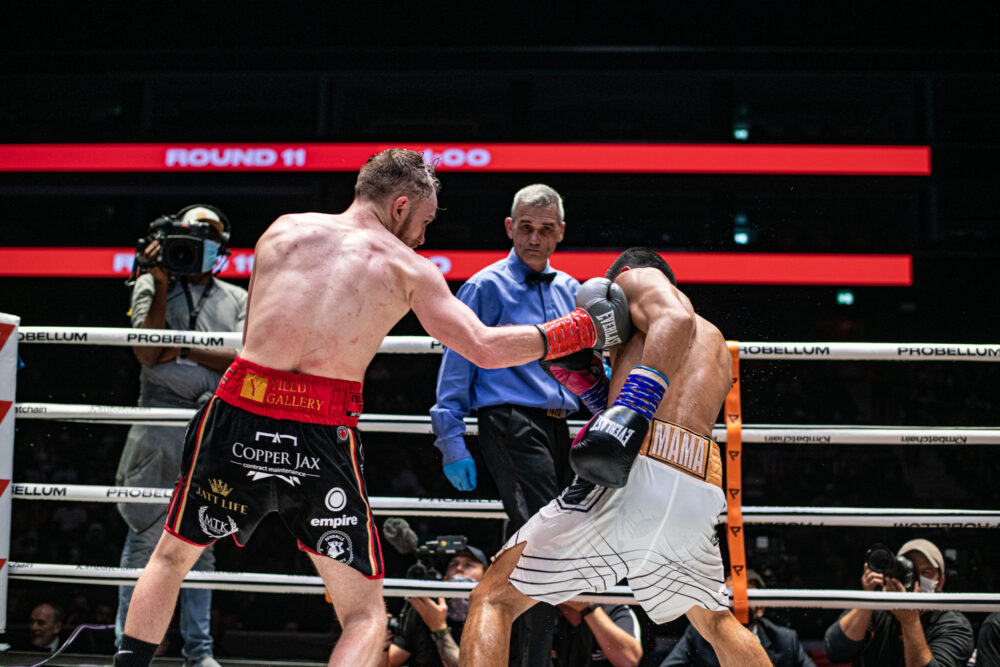