Last week was National Cask Ale week and what better place to go to sample the delights of brewing, than the site of the old Ram brewery in Wandsworth, where beer has been made for 500 years.

The former home of Young’s, it has now been developed into an impressive “Quarter” – and Sambrook’s have filled the gaping hole left by the closure of Young’s in 2006 by opening a brewery and a taproom on the site of one of London’s oldest breweries.

The character and history of London’s brewing tradition is all here – apparently there’s even a museum.

The walk from Wandsworth Town station passes pubs still resplendent with Young’s signage – and the brewing chimney stands proudly aloft the newer dwellings and shops that now fill the site.

Sambrook’s is one of the first-wave newer London breweries (even though they’ve only been around since 2008), and there is a Young’s feel to their beers, especially their classic bitter, Wandle, poured cask-fresh.

There is a juxtaposition with modernity of course. 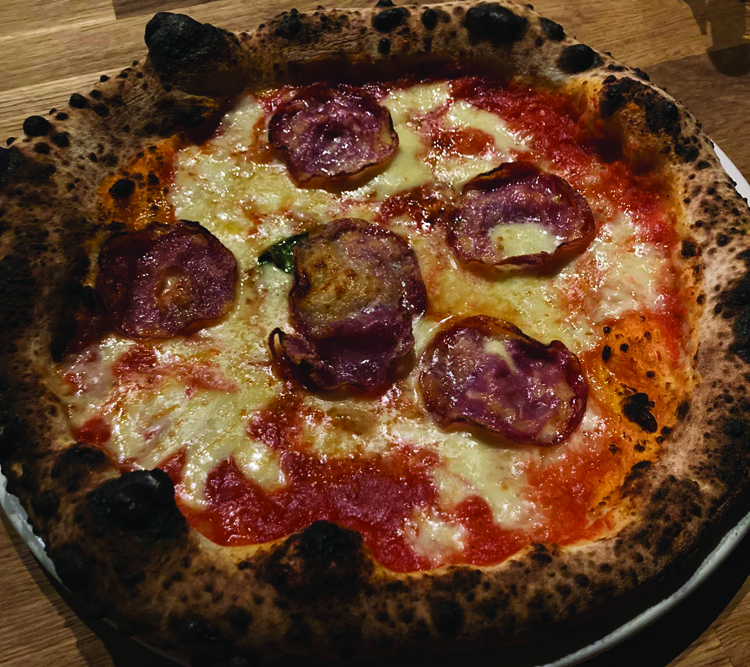 “Taprooms” weren’t a thing hundreds of years ago, and they definitely have a different atmosphere to a pub, more clean, metallic, with lots of vertical space and natural light.

The beers come served with pizzas and is whizzed to your table via app – although, thankfully, we can now order again in the traditional way.

The freshness of the beers at taprooms cannot be beaten though – and the Wandle, now served across the south-east, never tasted better.

There’s an attractive outside courtyard area where you can sit in the quarter and gaze at the Victorian architecture.

There is plenty of seating too in the exposed-brick inside too, including some more intimate seating at the back (although I see can’t quite work out if you stand at the bar).

Although I couldn’t see the full Sambrook’s range, there were some new delights to try (not all cask), such as Block Party, a juicy IPA, and Night Light, a strong Baltic porter, and there are beer flights available if you wanted to try a few.

But the customers weren’t all beer tourists, so those who aren’t nerdy about beer needn’t be put off.

Sometimes beer destinations – as this place surely is – can attract quite a serious brigade, abiding by old and mysterious rules, but this place has a youthful, fun atmosphere, and it’s an impressive place to go just to relax as well as to admire the surroundings and soak up the history.