This week’s Specsavers County Championship clash between Surrey and Kent came close to being postponed after the two teams agreed to a player change.

Surrey and England Lions off-spinner Amar Virdi was just about to come out to bat in place of Gareth Batty, who had gone down ill, when news came through that the England and Wales Cricket Board had deemed the substitution illegal – in other words over-ruling their own cricket liaison officer.

Had Virdi taken the field, the contest would have lost its first-class status, ultimately leading to a possible postponement and rematch.

Steve Davis, the ECB’s CLO for the game and a former ICC international umpire, had given the request his blessing. But as Surrey resumed their innings, Davis began to have second thoughts and decided to seek clarification. The regulations say that players can only be changed in the event of concussion or a return from international duty.

Alan Fordham, the ECB’s head of cricket operations, responded to Davis’ voicemail with Surrey eight wickets down and Virdi padded up ready to bat at number 11. 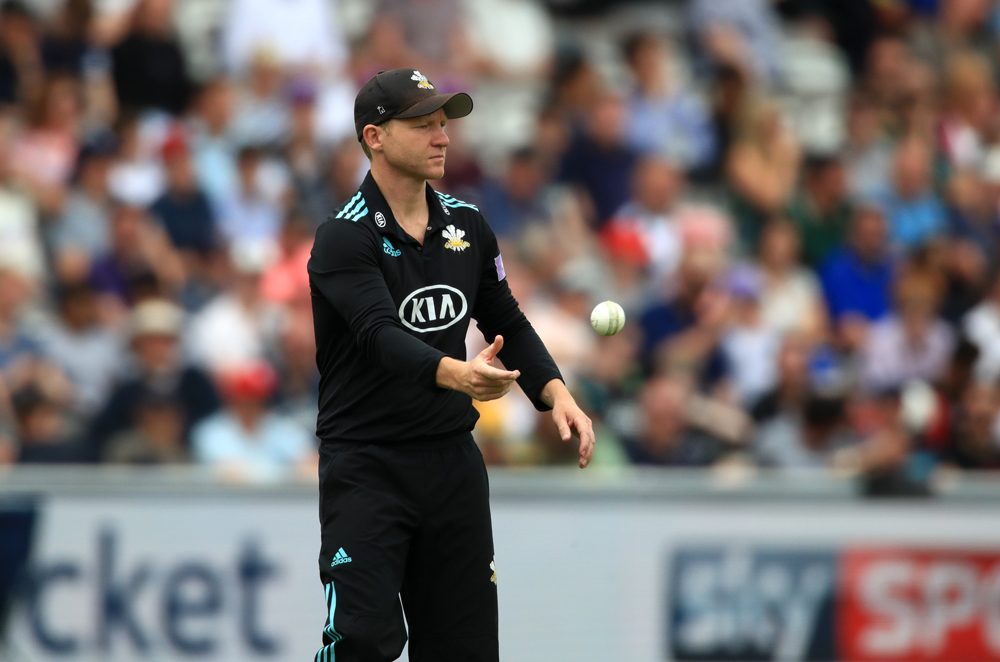 Surrey’s head coach Michael Di Venuto went through the chain of events. He said: “Gareth was ill – bedridden and unlikely to get out of bed for a day or two – and as he hadn’t taken part in any part of the game I sort of mentioned to Alec Stewart: ‘Is there a law saying we can replace him, or ask?’

“So, Stewie asked Kent the question – again as Batts hasn’t taken any part in the game at all – just out of good faith, to the Kent guys. To their credit, they didn’t have a problem with it; which was incredibly understanding of the situation we were in. So then we went to the CLO, Steve Davis.

“We said: ‘Both sides are happy’. Kent could have said: ‘No, we don’t think it’s fair’ and certainly if Batts had already taken part in the game there’s no question we wouldn’t have asked. The Kent guys said: ‘These things happen sometimes’ and maybe one day it’ll happen to them.

“Steve didn’t have a problem with it but apparently there is a law somewhere the ECB informed us of, so it wasn’t to be. The spirit of cricket that was there – it’s not something that’s going to happen every year. It might happen once every five years.

“It certainly seemed common sense to us and if Kent had said ‘no’, which they were fully entitled to, then it wouldn’t have been an issue.

“If we had lost a wicket three minutes before, Virds would have been batting and, then, I don’t know what would have happened to the game – whether it would have got abandoned or something like that. It could have been a postponed game or a game to be replayed.

“There are rules for bringing international players in and rules around concussion replacements. I know this was slightly different, but our thing was because Batts hadn’t done anything in the game and, again, credit to Kent, who were fully understanding.”

The morning had another twist when eight of Surrey’s players ran off the field and into the groundsman’s workshop, early in Kent’s first innings, to wash their hands.

Di Venuto said: “The ball went into the gutter after being hit for four. It went into some sewage. It was all into the ball, so it was all over the players’ hands and they couldn’t get it off the ball. Every time anyone picked up the ball they could smell this rancid smell.

“The umpires had no choice but to change the ball – one of the many ball changes throughout the day. We had blokes running off the field to wash their hands.”

Surrey suffered a fourth County Championship Division One loss of the season as Kent won by five wickets.

The 2018 champions led by 81 overnight on Wednesday but were bowled out for 218.

It gave Kent a target of 121 to chase with Morne Morkel claiming two wickets in the opening over to give Surrey hope.

Wicketkeeper Ollie Robinson hit an unbeaten 51 to secure victory for the visitors at The Kia Oval.