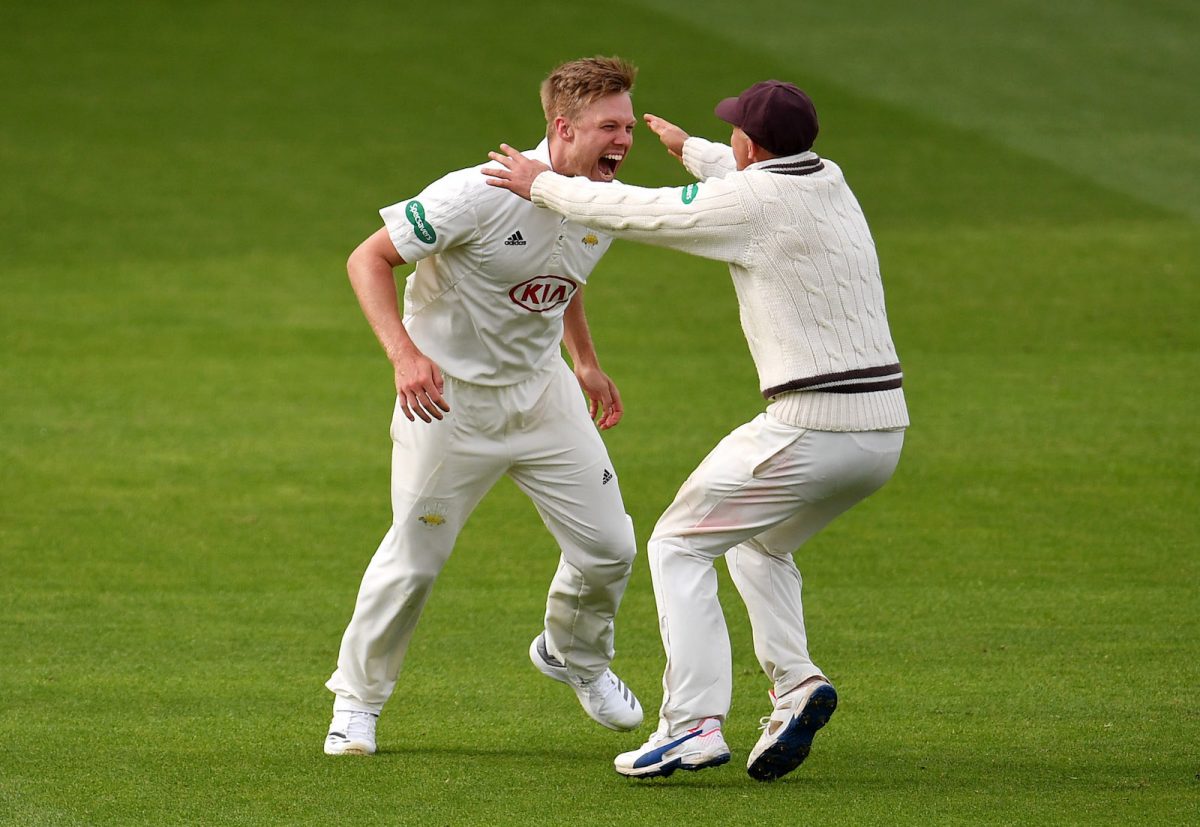 The South London club secured a 139-run victory over Hampshire last week in Division One.

And it was Dunn who ended Sam Northeast’s heroic near six-hour resistance on a, by-then, placid Oval surface.

True, it came courtesy of a brilliant one-handed catch by Ben Foakes behind the stumps, but for Dunn it capped a successful comeback following almost two years out of first-class cricket with a succession of injuries.

The well-built fast bowler, who turns 26 this weekend, said: “My injuries have made it a very frustrating last two years – and that’s an understatement, because it’s been a constant battle to get fit. But I have now done everything that has been asked of me and I’m looking forward so much to this season.

“I’ve had a really good winter of preparation work and I am very happy with the shape I am in. I got some good overs under my belt in our warm-up match against Cambridge MCCU and the key has been to get my fitness to where I can bowl several spells in a day.

“Cricket-wise, I feel as if my bowling has been fine. It’s just been a question of the fitness levels. My back would seize up after one good spell, but I’ve worked very hard with the physios and coaches and, this winter, everything has felt good.

“It’s exciting to be able to play four-day cricket again and, although I enjoy all formats, it is the championship that I love the most. I just love the grind of it, the four days of hard work. It just means so much more when you do well.”

Dunn also paid tribute to the input that Morne Morkel, Surrey’s new Kolpak signing, has already had on both himself and the club’s other faster bowlers. Morkel is yet to make his Surrey debut because of a side strain, but Dunn is in no doubt that he will prove to be an inspiration on and off the field.

“Morne is just such a great guy, and brilliant to talk to about fast bowling,” added Dunn, who is known to his Surrey team-mates as the Egham Express.

“He had only been at the club for a few days but, when I came off the field during the Cambridge match, he was asking me about how my bowling had gone. He’s already helped me, and it will be great to have him leading our attack.”

One thought on “Surrey CCC: Matt Dunn back smiling after battle to return from injury”