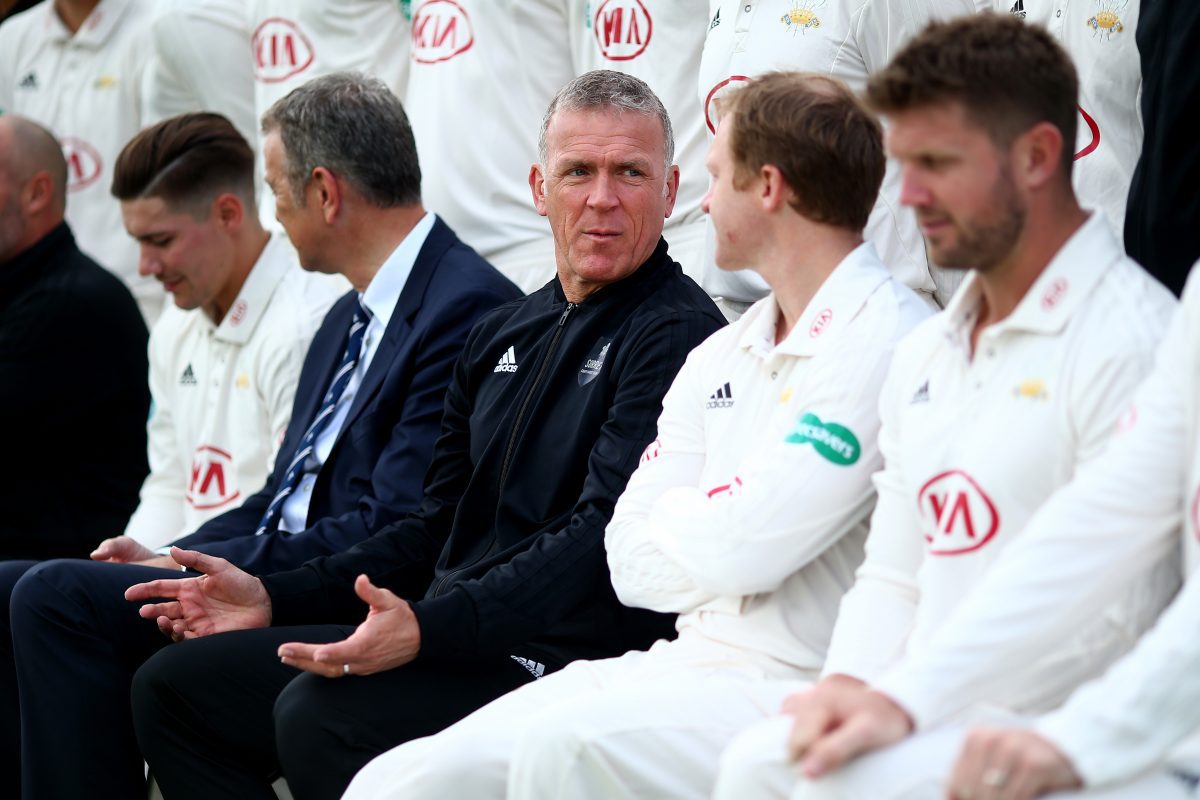 Surrey’s director of cricket Alec Stewart has defended his decision to sign Morne Morkel, the former South Africa fast bowler, on a lucrative two-year Kolpak deal by pointing to the county’s record in terms of backing homegrown talent.

Indeed, last summer the Oval outfit fielded four 19-year-olds in the same game – the first instance since 1939 of four teenagers appearing for any side in the County Championship.

Furthermore, Stewart believes the current Surrey squad is the strongest he has had at his disposal, notwithstanding the absence of Tom Curran and Jason Roy, due to the IPL, and Morkel, who is not expected to feature immediately owing to the side strain he picked up in his 86th and final Test earlier this month.

With Morkel not deemed an overseas signing, Surrey have also swooped for Dean Elgar, South Africa’s vice-captain, who averages 44.83 in first-class cricket and 42.14 in List A.

“I would hope it’s there or thereabouts, in terms of it being the best squad I’ve had in the four years I’ve been doing this job, because you want to keep seeing improvement,” said Stewart.

“We haven’t had many changes, but they’re a year more experienced from this time last year. At the end of the season we’ll be judged on whether it’s the best on paper. More importantly, I want it to be the best out there.”

On Morkel, Stewart added: “County cricket has an important role to play and at times it gets knocked too easily, but bringing in Morne will give it a lift. I’m not for Kolpak players, but when they’re the top quality ones then that adds value to the game.

“I’d like to see a regulation that says at least nine England-qualified players have to play in every game. So, you can have two overseas players or two Kolpaks or one of each; and that way you’re not bringing in ordinary Kolpak players. That’s the only way to get every county to invest in their academies.”

Surrey were also thought to be chasing Sam Northeast, who racked up 1,017 championship runs at an average of 50.85 last season. But, according to Stewart, he decided against opening talks with Northeast, who swapped Kent for Hampshire.

“We want to win things, but I also want to win the proper way,” said Stewart. “It might sound old-fashioned, but we have a duty to produce our own players.

“We have brought players in from other counties – like we did with Stoneman and Borthwick last year – so I’m not playing that down. But just because a player becomes available you shouldn’t just think ‘let’s go and get them’, otherwise why have an academy, why have a youth system?

“I’d like 60 per cent of our 11 to be Surrey born and bred or to have come through our system. At times last year, we had nine or ten. They’ve got to be good enough, but if it’s even stevens I’ll always go with a Surrey player.”