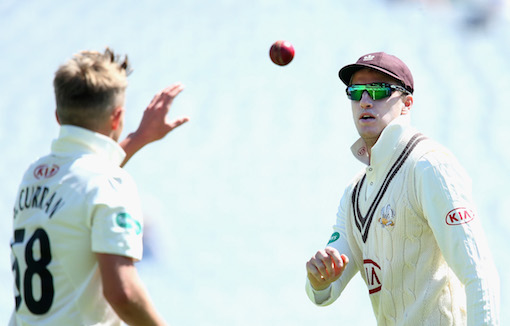 Morne Morkel is confident of being fit in time to make his Surrey debut in Tuesday’s Royal London One-Day Cup match against Sussex at the Kia Oval.

The 33-year-old fast bowler, who has signed a two-year deal to play for the county, picked up a side strain at the beginning of April, during the final Test between South Africa and Australia at Johannesburg.

Morkel, who announced his retirement from international cricket prior to the ill-tempered series – which culminated in three Australians being banned for ball-tampering – limbered up this week with seven overs for Surrey’s second team against Middlesex at Sunbury.

“It was quite a nasty side strain,” said Morkel. “Those sort of things do take a bit of time for a fast bowler. But I am quite lucky, the medical staff here at Surrey have wrapped me in cotton wool.

“They are really giving me the best opportunity to get back on to the field as soon as possible. I have got one more week of just getting my bowling loads in order and then probably start against Sussex on Tuesday.”

Having been a regular for South Africa from 2006 until the recent series win over Australia, Morkel admits it was a difficult decision to call it a day, but felt the time was right.

“It was sort of tricky,” said Morkel. “I felt the last year or two, I was in a purple patch with the ball, bowling really nicely. But it was touch and go for me, making the Proteas squad, in my personal mind, for next year’s World Cup.”

Morkel added that the chance to sign a two-year deal with Surrey, after bagging 309 wickets in 86 Tests for South Africa, was a great opportunity for both himself and his family.

“It was a family decision,” said the 33-year-old. “It was extremely tough, because cricket is my life, but I felt the time was right to start a new chapter.

“The demanding international schedule put a lot of strain on my wife and my family. I had to put them first and the decision will only benefit us going forward.”

Morkel, whose pace and bounce make him the rare sort of bowler who can extract life from almost any surface, added: “I still feel great mentally and physically, and there is a lot of cricket left in me.”