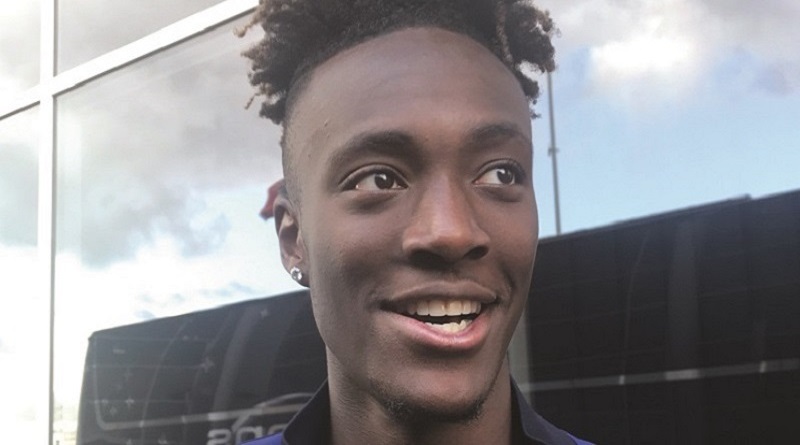 He said of the 2-1 win against Lille at Stamford Bridge: “Qualification was definitely on our minds. We knew we had a strong team. We just had to stay as a team, fight as a team and thankfully we’re there.”

Had Loic Remy scored with a late strike, the Blues would have drawn, and with Valencia beating Ajax it would have meant the Blues getting dumped into the Europa League.

“We need to finish off the game as quickly as possible,” said Abraham. “We don’t want to have another risky moment like that again but we learn from it and move on.

“It has been a fantastic journey, exciting journey. You never know what the future holds. For us it is about going out there every game and just believing in ourselves.”

Barcelona, Bayern Munich or Juventus are just three of the top sides the Blues could face when the draw is made on Monday.

Abraham, 22, said: “It’s exciting, very exciting. For us, we’re never ones to back down from a challenge. We want to play against the best teams in the world and play in the best stadiums in the world, so for us it is exciting times. No fear.

“We are ready for anyone. I would love it if it is playing at the Nou Camp or somewhere I’ve never played before.”

The striker, from Camberwell, knew that qualification was going to be tough and is relived they have done it.

He said: “When we saw the draw we knew it was going to be hard, we left it to the last game to go through but it is exciting times going forward.

“From the first game we realised how big the Champions League is.

“Playing in the last 16 is a dream come true, it is about just focusing on the league and then in the new year coming back to the last 16.”

Chelsea face Bournemouth on Saturday at Stamford Bridge in the league and Abraham is aware of their indifferent results at home, but is confident things can be turned around.

He said: “This game has surely given us confidence going into Saturday. It is always nice to play at home and for us it is about getting the three points.

“I wouldn’t say there is a lack of belief in the side, but you have those games where things aren’t going well for you and it can drag into the next game.

“It’s just about fixing small errors. The best teams in the world finish off those games in the first half.

For us it is about just killing the game, knowing when to win fouls, slow the game down as much as possible and all sorts, and then creating more chances.

Once we fix the little mistakes in our game we’ll be a world class team.”

The Cherries will have ex-Blues Dominic Solanke and Nathan Ake in the side – players Abraham knows well.

“It is always going to be nice seeing former team-mates. Especially Dom who I have known since I was six and played with. I’m very excited for the next game.

“Ever since missing the penalty against Liverpool I have always felt love coming here. It has always been a dream for me.

“I always used to watch the game in the stands so to play down here has always been a dream.”