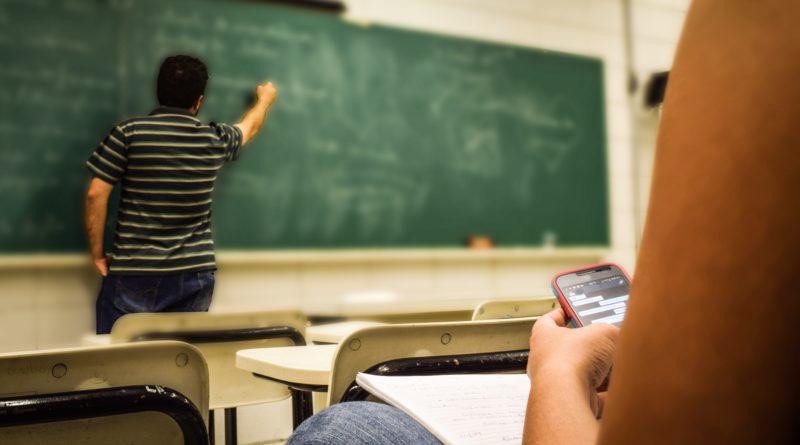 Teachers have spoken out against the effect of cuts on their classrooms – with one saying she has had to buy most of the costumes for the school’s nativity play herself.

Wandsworth’s National Education Union posted letters through doors to highlight the extent of government cuts in the borough and the rest of the UK.

One primary school teacher from the borough said the biggest issue had been the cut to Special Educational Needs (SEND) funding, which meant schools had to “buy-in” help from outside.

“We end up buying extras for our classrooms ourselves because it comes to the choice between an educational psychologist visit for a child in our class who is really, really struggling and buying glue sticks. So I’ll buy the glue sticks so the child doesn’t miss out. ”

She said schools could not afford to replace teaching assistants and arranged internal cover instead of paying for supply teachers, increasing workloads to unmanageable levels.

“That’s the reality of the situation,” she said.

“I’m sitting in my classroom, marking, at 5 o’clock in a coat and gloves, because the heating is turned off at 2pm. So by the time it gets to 5pm, if I’m still marking my fingers are going numb. So I wear my coat and gloves just to keep warm.”

In the summer she faces the opposite: “In the summer we can buy fans, but the school can’t afford to buy loads of fans for us, so we buy our own.

“It is a very different world, I’ve been teaching now for 20 plus years. It used to be, if you were to buy something, you did it almost as a treat for your class. Every Christmas I bought my class a present, usually some Lego or some construction, or if I was on holiday, I might see something and think ‘oh, my class would love that.’ But now I’m buying glue sticks.

“If you look at the costumes on stage (for our Christmas play) I’ve bought both Mary’s and Joseph’s, seven Romans, three sheep, the gold, frankincense and myrrh I’ve bought. Literally, I’m sitting there thinking I would need a whole lorry to take my personal belongings from the school now.

“People say it’s a choice, but I can’t have my children miss out. Other teachers are buying, too, and not saying anything. There’s been a lot of rows between families and relationships. We have realised that we can’t afford to buy a house, partly because of my spending on school.”

A French teacher at another school said increases in class sizes and cuts to SEND budgets were “absolutely astonishing”.

She said: “I have a boy in Year 9 who was supported by a TA, but he now has no one, at least not in my class. He is very autistic, but doesn’t have enough money attached to him to give him that money. So he’s been knocked down, yet I know he can 100 per cent achieve in my subject. He said to some of the boys that he wanted to kill himself.

“We’re going to be hit drastically going forward. When our head teacher recently retired, he warned us: ‘colleagues, there is a tsunami coming’.

“Everything that we could provide, there is less and less money to buy it and we’re cutting everything, whether it’s subscriptions to websites to help them with their learning, or having to choose between subscriptions and textbooks online, or the real thing, it has to be either or.

“It’s really, really tight, and it’s only going to get worse,” she said.

“A lot of TAs have lost their jobs, a lot of schools are now struggling to make ends meet,” she said.

She also said that delays to assessments for children with special needs mean that many are not entitled to any specific help until a decision is made.

In secondary schools she said the squeeze tends to be on the subjects offered, because schools have to focus on subjects that will show up in league tables rather than more creative subjects like music or drama.

Using data from the union’s ‘School Cuts’ website, Wandsworth NEU claims the majority of the borough’s schools will have less money per pupil in real terms in 2020 than in 2015.

The data shows that in Putney school funding has been cut by £632 per pupil – putting it among the 20 worst hit constituencies in England, but these have been rubbished by the council.

At October’s full council meeting, education spokesman and Conservative candidate for Putney, Will Sweet, said he did not recognise the figures produced by “this trade-union backed pressure group”.

He said: “I’ve checked how much we’ve given our schools over the past few years and the numbers on that site are absolutely wrong. They use a spurious rate of inflation that they have adjusted to be too high, they deliberately confuse overall budgets with per pupil budgets. That’s a really important distinction because per pupil budgets are what counts for schools and those have been rising.

“The facts are that there will be a 3.84 per cent education budget increase next year and eight per cent for special schools.”

However, opposition spokeswoman Councillor Judi Gasser said this increase was a “sticking plaster,” and pointed to the situation at Furzedown School in Wandsworth.

Earlier this year The Guardian reported that five teachers agreed to take a salary reduction of up to £7,000 a year to save the jobs of two classroom assistants at the school.

A spokesman for Wandsworth council said: “Last year funding for Wandsworth schools rose by £3.7m. In this current financial year, our schools budgets rose by an additional £3.4m and next year investment in our children’s education is set to increase again by approximately £5m.”