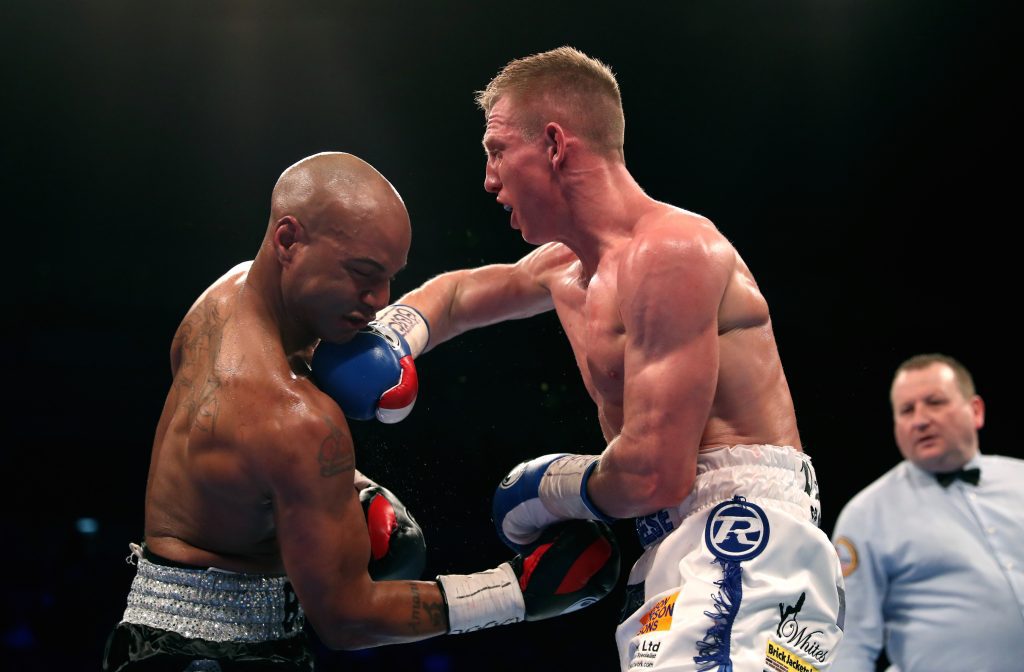 The Bermondsey fighter was stronger down the final stretch at Greenwich’s 02 Arena and two judges gave him the verdict by 99-91 with the other going an even wider 100-89.

Jones was deducted a point for persistent low blows in the ninth round but by that stage Cheeseman, 22, was fully in control.

The South Londoner is now 13-0 in the professional ranks. Jones, from Oklahoma, was over four pounds over the weight division limit, meaning he could not claim the belt even if he had won the fight.

There were times when Cheeseman looked as if he had been stung in the contest but he was prepared to stand and engage with a vasty-more experienced opponent.

Jones, 31, tired down the stretch and Cheeseman started to showboat in the latter stages – not only showing off his footwork but also raising his arms at least a couple of times past the halfway point in the 10-rounder to signal his confidence.

“At times I thought I could get him out of there but I didn’t want to take too much risk,” said Cheeseman. “He was a good fighter – trying to win and hurt me all the time – but I felt I boxed exceptionally well and did the job perfectly.

“I was hitting him very hard and flush. I had him hurt a couple of times, to the head and body.

“This is a career-changer. This win is going to push me on to bigger things. Tonight was about winning and not taking risks.

“I could’ve gone another five rounds. I felt great. I just can’t wait to push on to my next fight.

“I thought I won every round. He thought I was a 22-year-old kid but I knew if I stood on him he would get tired and his feet would get slow.

“I enjoyed myself in there. I felt unbelievable.”

Cheeseman’s trainer Tony Simms added: “It was a great learning fight for Ted. Carson Jones is a wily old veteran who has probably seen better days but he was still in there slugging away until the end.

“Ted boxed smart at times behind his jab and straight shots, worked clever on the side. He’s still got a lot to learn and showed he had great determination and boxing ability. I was well-pleased with him.”