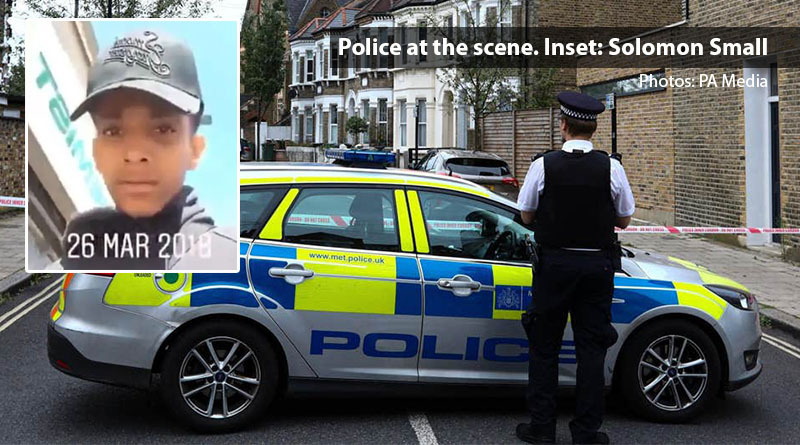 A student who fist-bumped his victim before stabbing him repeatedly has been found guilty of murder.

Eighteen-year-old Solomon Small was stabbed to death outside a friend’s home in Brixton.

His attacker, a 17-year-old from Lambeth, cannot be named for legal reasons. Today, Tuesday, 10 March, the youth was found guilty of murder following a trial at Woolwich Crown Court.

The defendant had seen Solomon shopping in the Brixton area with his friend’s girlfriend on the afternoon of 15 August 2019. He followed the pair around Brixton as they went to the shops and a cafe.

The youth also greeted Solomon during this time. His female acquaintance said that the boys seemed friendly as they ‘spudded’, or fist-bumped, each other. The defendant continued to follow the pair until they met outside the house of one of Solomon’s friend.

Moments before the attack, the victim had used his female friend’s phone to call her boyfriend. He had told him that the youth was following them, and that he was going to a friend’s house.

As the pair reached closer to the house, the youth appeared, and, pulling out a knife, lashed out at Solomon, stabbing him at least six times in front of his female friend.

Angela Moriarty, from the CPS, said: “This was a brutal attack on a teenager on a residential street in the middle of the afternoon.

“Members of the public ran to help the victim, hearing his friend’s screams for help. It was at that moment that the youth fled the scene.

“Solomon was the victim of a violent and unprovoked attack. The verdict in this case today will mean that this killer will be held accountable for his actions that have caused considerable pain and loss to Soloman’s family and friends, who are very much in our thoughts.”

Sentencing will take place at Woolwich Crown Court on 9 April.

One thought on “Teenager convicted of murder of Solomon Small”