Terell Thomas has shared his pride about forever becoming a part of AFC Wimbledon’s history by playing in their first game at the new Plough Lane.

The former Charlton player has been a mainstay in the Dons defence since his arrival from Wigan in 2018.

Thomas was one of the starters in last week’s historic clash against Doncaster – a game which ended Wimbledon’s 29-year exile from the borough.

Thomas, 25, said: “We all knew what it meant to everyone around the club to finally move back home and get a game at Plough Lane.

“It’s a really proud feeling for me to be one of the players to start the first game back there. It’s quite a big achievement for me.”

The club’s return to their spiritual home has been on the horizon for a while. But Thomas was quick to stress that the prospect wasn’t a distraction for the players – even as the big day drew closer.

“It wasn’t something that everyone was talking or thinking about too massively,” he said. “Everyone knew what it meant though. Even to us, because as players we feel that we’re one with the club. It was something that was close to us as well.

“You’re still concentrating on the games ahead – it was something that was in everyone’s mind, but at the same time there’s games of football to play. You can’t have things lingering over your head too much or it will impact on your game.” 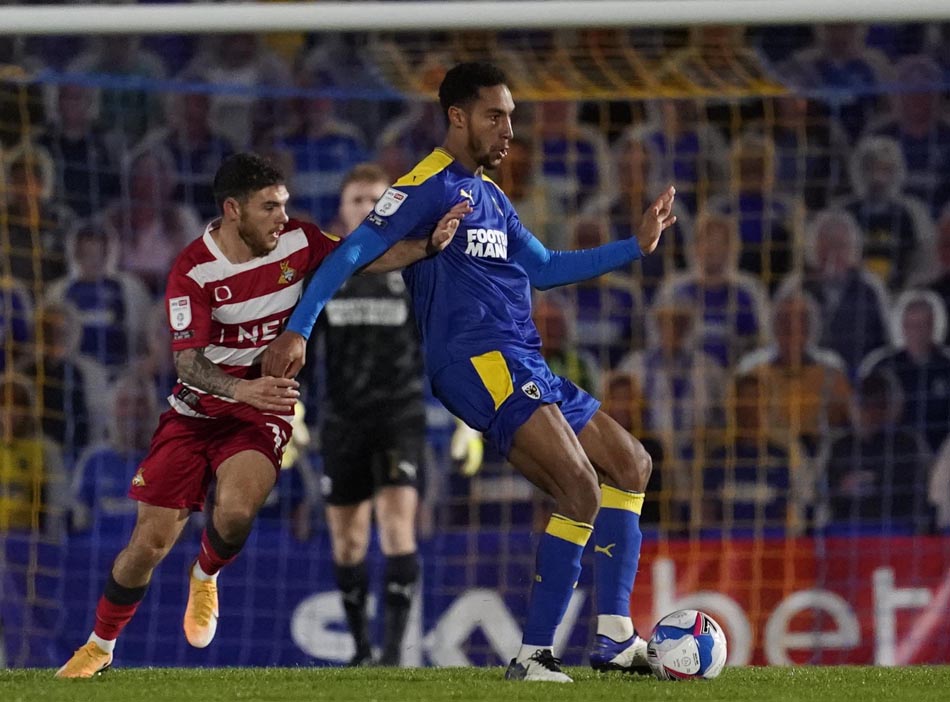 The Dons unfortunately recorded a number of positive Covid-19 tests in the aftermath of last week’s Plough Lane spectacle, with this week’s fixtures postponed. The entire first-team group is now almost halfway through a two-week isolation period.

Thomas said: “It’s going to put a disruption into anyone’s season. We were in a good flow of games – we’d just come off the back of four unbeaten. We really felt as though we were getting some momentum, so obviously it’s frustrating we’ve now got to isolate

“But, at the same time, the medical staff are really good with everyone and giving us the information we need. Everyone has tried their hardest to avoid this situation, but it’s an unprecedented time. You can see how easily something like this can spread even with all the precautions we’ve taken.

“We are trying to do sessions on Zoom and stuff like that. It’ll be very much like what we were doing in lockdown, but at least that will keep us on the move. Technically, the body isn’t going to be in the same place when you have to stop for two weeks. Maybe we might not be as sharp. I’m not negative about it though. It is frustrating that our season’s been disrupted but I’ve got no doubt that we’ll come back firing and ready to go again.”

Wimbledon’s FA Cup tie with Barrow has been rearranged for November 26.

They would potentially face four games in eight days if they win that tie with a home second round fixture against Crawley Town for November 29.

“We’ll have to use the whole squad. Everyone’s good enough to start so there’s no putting out a weakened team, it’s just players switching roles. If you change anyone, we’re still going to be the same team. I’ve got trust in all the players.

“Even if we do need to make changes – and you’d think so because I don’t think the body can take the toll of four games in eight days – then everyone in the squad is fit and raring to go.”