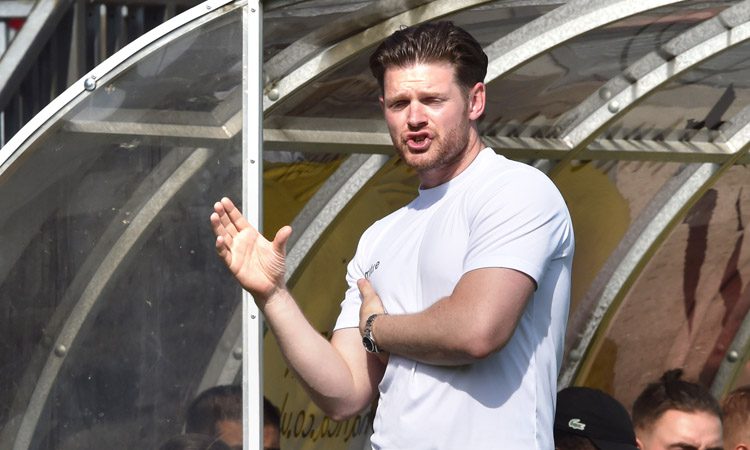 Frank Wilson reckons Tooting & Mitcham have to win Saturday’s match at Harrow Borough to stand a chance of staying in the Bostik League Premier Division.

The Terrors won the South Division title last season but are bottom with just three fixtures left to play. They have not won in nine outings and have taken two points from a possible 27.

Manager Wilson said: “It is between ourselves, Burgess Hill Town and Lowestoft Town.

“Harrow on Saturday really is an all-or-nothing game. We have to win that game or there is a real, real fear we have not done enough.

“We have had too many players who have been completely and utterly off the boil and inconsistent.

“But there is a good spirit at the moment. We haven’t rolled over by any means. If you walked into the dressing room then you’d think we were a play-off team – that’s a positive.

“We have got to have the belief we can do this. We need to do as much as we can in these last three games and see where it takes us. Whether we fail or succeed, we’ll be honest about what happened. We’ll try and evaluate and move on from it.

“The players have to take an enormous amount of responsibility over why we haven’t got results and performances. That’s down to them, that’s down to the group; because it is the same group who have proven they are good enough and have had good spells.

“That same group has been complacent and lacklustre at times, we’ve gone on bad runs and had bad results.”