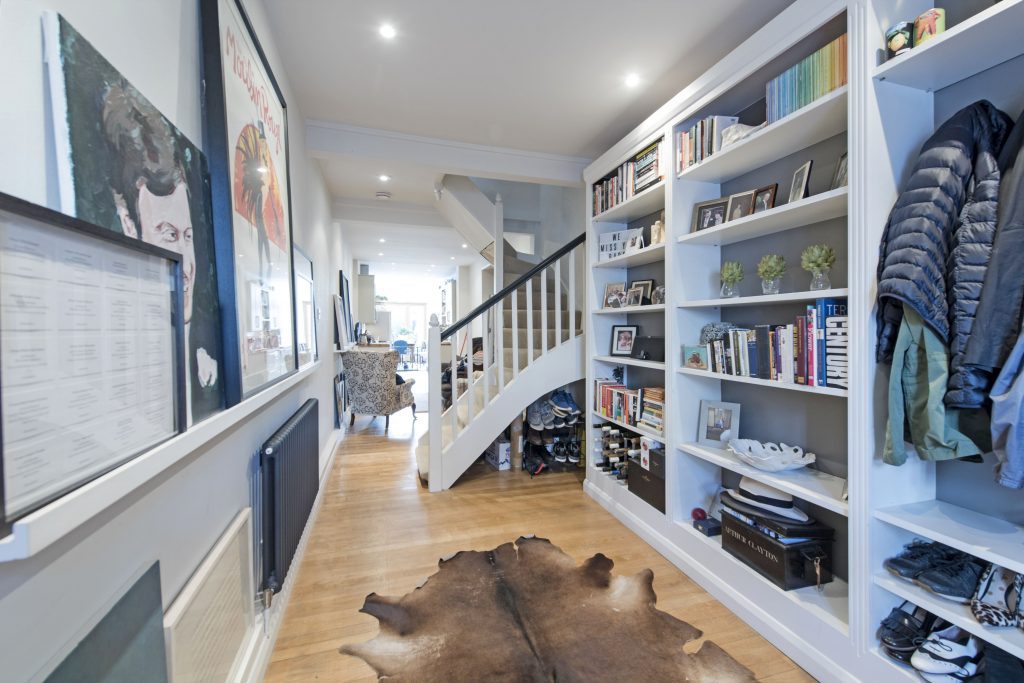 If inside every fat house, there’s a skinny one trying to get out, then this one should be someone’s dream home.

The Slim House, in St John’s Hill, Battersea, is less than 8ft wide – though it did not need a healthy exercise regime to get that shape.

It has about 30 courses – of bricks, that is. But no suite tooth.

But you’ll need a wallet thicker than a Snicker to afford it – the asking price through Savills Wandsworth is £1million. The site, in a conservation area, was originally the access to stables at the rear of St John’s Hill, until someone thought to build there and make it one of the thinnest properties in the capital.

London-based architects’ Alma-nac was appointed in 2013 by the property’s then owners to draw up plans for a three-storey extension to create an extra room on each floor, increasing floor space by just over a third to 1,058sq ft. It now has a dining area in the kitchen/living room, an enlarged master bedroom and a new bedroom on a top floor.

The extension has a sloped roof at the back of the house which lets in natural light on each storey – so it’s not too Slim Shady.

There are two reception rooms on the ground floor with a kitchen breakfast room to the rear which leads out to a 48ft garden. Just don’t expect to swing a tennis racket there.

The second floor includes the master bedroom with dressing room and shower room and the second bedroom, and the third floor has two bedrooms and a bathroom. There is also a loft above the top floor.

The property has appeared in several property documentaries, including George Clarke’s Amazing Spaces. The current owner, advertising executive Aimee Luther, bought it for £837,500 in 2014, according to Zoopla.

She said: “Until I bought Slim House four years ago, I had previously thought that look-alike Victorian flats were my only option. This house has a slice of everything but on a slightly slimmer scale and no downsides of having neighbours above or below. I have loved living in a fabulous part of SW11 in the heart of a friendly, local neighbourhood and I’ve no doubt that the next owner will have equal pride in owning this piece of architectural brilliance.”

Jasper Colliver, head of Savills Wandsworth, said: “Its unique proportions make The Slim House a really rare find and one of just a handful in London. Having been extended by its former owners, the property has been cleverly designed with well-placed storage and bespoke fittings to maximise the 1,058 sq ft of living accommodation.

“Its modern specification and location – just minutes’ from Northcote Road and Clapham Junction – coupled with its attractive façade, make The Slim House a truly special home. Interest has been wide ranging; to date we have had interest from downsizers wanting to retain a number of bedrooms and outside space, as well as local couples and those seeking a London base with good local transport connections.”