Surrey’s Morne Morkel says he is raring to go after his first winter off for 12 years – news that will come as no comfort to the batsmen who will have to face the 34-year-old fast bowler this summer.

The South African says both he and the team will be under intense pressure to go out and do the same again.

“I’ve spent the winter away from the game,” said Morkel.

“It was my first break in almost 12 years, so I made the most of it – enjoying some family time and slowly starting to prepare for the season. Last year was one of the best years of cricket for me, so I was very excited to join up with the lads in Dubai last month.

“I missed the environment a lot during the off-season and that’s one of the reasons why I decided to come back a little bit earlier than planned, for the match against the MCC.

“It’s important for me to connect with them and gel again ahead of what will be a very important season. 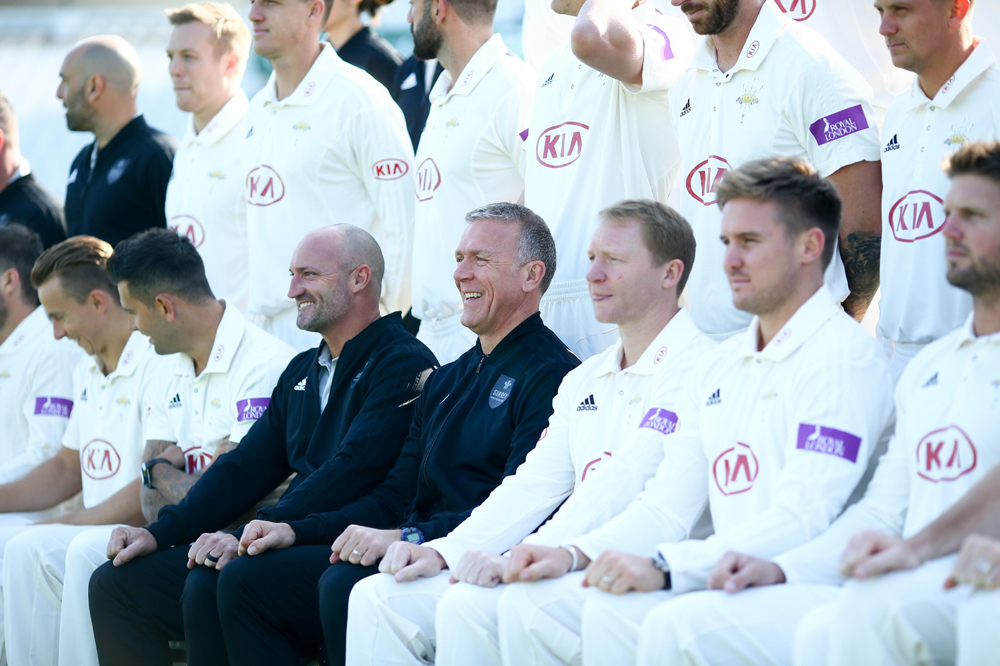 “Obviously, last year was successful, but I think we’re going to be judged this year in terms of defending the trophy.

“To see the emotion that day at Worcester [where Surrey clinched the title], to see guys who’ve been playing the game for so long crying – it showed how much it meant to them. For me, it was an eye-opener and while I was doing my training over the winter, back at home, it’s that stuff that motivated me to go and do that extra session.

“I realised that, yes, we’re playing a game here, but it’s not just cricket. That’s what I want to leave on the youngsters – to go that extra mile and work hard and not to take this game for granted. The role that experienced players like me and Dean Elgar [Morkel’s former South Africa teammate] play is so important. “Dean’s an awesome guy to have in the environment and we all know what we’ll be getting. He gives you everything. He’s tough on the field, he’s a character and he’ll challenge you. But he’s also got the personality to crack a joke.”

But if Morkel has one concern it’s whether he will listen to his body when the expectation to perform week in and week out starts to take its toll.

“I think there’s going to be a lot of pressure on me to deliver again what forward to that challenge,” said the veteran of 247 international appearances.

“I’d love to play and I want to play, and if Surrey need me I’ll play. But if there’s a bit of a window, I’d rather take a break where I miss one or two 50-over games. Last year, I was sort of nervous about county cricket and the loads. Coming off an international season where I bowled a lot, the thing I was most nervous of was back-to-back four-day games.

“My biggest worry or concern at the time was am I going to be able to myself, and can I go out and achieve that week in week out? Thankfully, my body held up and I was in excellent hands – because you’re well looked after here at Surrey – but the standard was incredible.

“The main thing after I retired from international cricket was I still wanted to play a quality standard of cricket – and the standard was exceptional. This year, it’s going to be even better.

“The most important thing is the team. The juice is worth the squeeze and it’s just great to be in this environment. But we have to put 2018 behind us and start the season from scratch. Whatever we did last year, we know we’ll have to focus on those ‘one percent-ers’ and make them into ‘two percent-ers’ and do the basics as well as is possible.”

The curtain-raiser to Surrey’s title defence comes, mouth wateringly, against the only side who managed to beat them in the County Championship last term; and the team who were crowned champions the season before.

Four-dayers at the Oval in April invariably end up being draws – indeed, seven out of the last 10. But the last three have produced wins for Surrey by an innings (against Warwickshire in 2017) and 139 runs (against Hampshire in 2018).

Ollie Pope (Surrey) Such is the wealth of talent at Surrey’s disposal, I thought I’d play safe go for someone who’ll be one of the first names on the team sheet. Pope’s career best 251 in the warm-up match in Dubai (against an MCC attack that included England’s Stuart Broad and Dom Bess) yelled this at the selectors: “Don’t forget me, when you’re thinking about this summer’s Ashes!”.

Alastair Cook (Essex) In what will be a face-off between arguably the two best bowling attacks on the county circuit, the key will be who can put runs on the board. Not only does the former England captain average 54.77 against Surrey in the championship, he also opened his account with an unbeaten 150 last week.