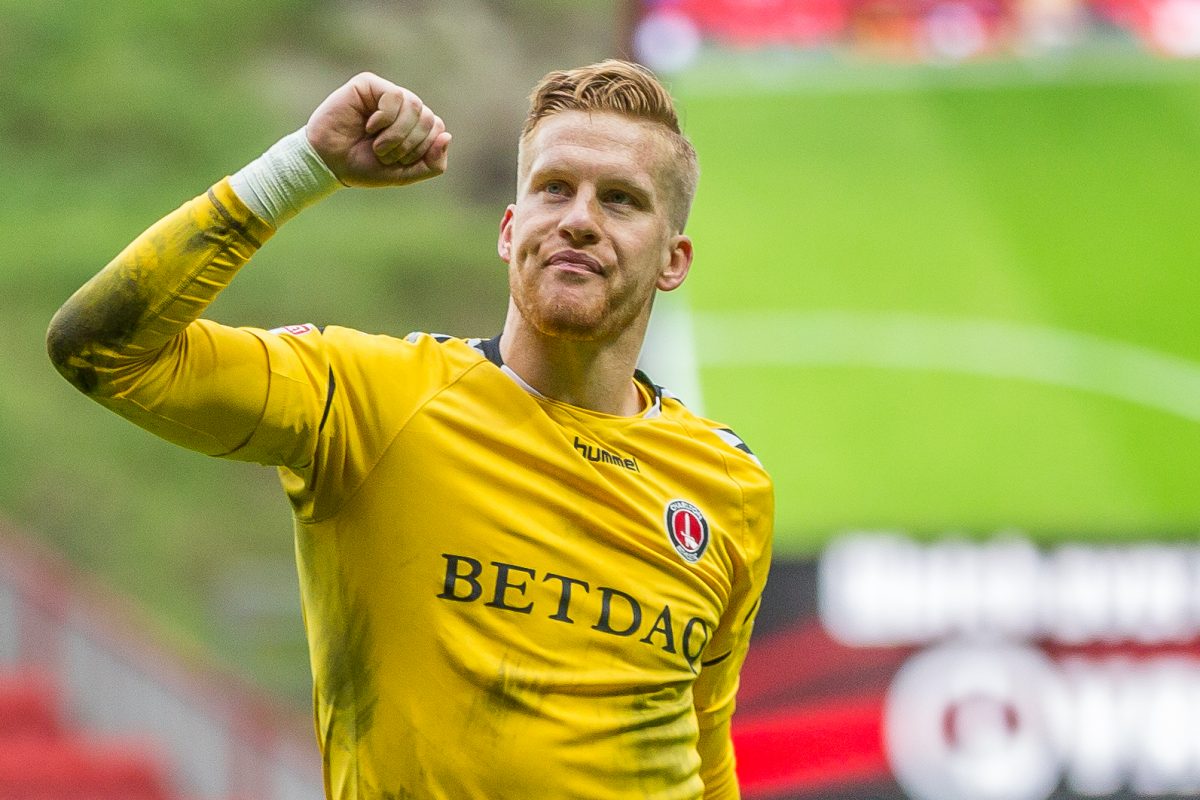 Benjamin Franklin once said “diligence is the mother of good luck” – and that quite nicely sums up Charlton’s Athletic’s nervy but vital victory over promoted Blackburn Rovers on Saturday.

The Addicks are nearly there in terms of the play-offs. Tonight’s match between Plymouth Argyle – cast in the role of chasers – and Scunthorpe United will provide more clarity on what Lee Bowyer’s side need to do at Rochdale this weekend.

It’s hard to see them frittering away this opportunity now.

Saturday was not pretty. I don’t like the expression winning ugly, because that tends to downplay other admirable characteristics you need to gain results. But this wasn’t about free-flowing football. And there were at least two big moments that went in favour of the South London club.

Jason Pearce knew very, very little about his match-winning goal, Ahmed Kashi’s shot deflected off the captain’s backside and wrongfooted Jayson Leutwiler. It is open to conjecture if the midfielder’s initial strike was even going to be on target.

And then there was Dominic Samuel’s header in the second half which managed to beat the excellent Ben Amos but clipped down off the underside of the bar and was scrambled away from danger. Undoubtedly a let-off for the hosts. But Charlton are a determined and driven bunch under Bowyer – putting in the hard yards is being demanded of every player by the caretaker manager.

It was not an afternoon where the Addicks shone offensively but they defended their fortuitous advantage by maxing out the effort levels.

The Bowyer Bounce is built upon solidity. So often at the business end of the season you need to find a way to win – without necessarily being superior over the 90 minutes – and it is now three matches in a row that Charlton have gained maximum points without it clicking in the final third.

It has helped the interim boss that he has Pearce to call upon. Paired alongside Patrick Bauer, it is the Addicks’ strongest centre-back partnership. When Pearce has been injured in the past, Charlton tend to be far more fragile defensively. Amos, who hardly arrived with glowing references after his loan at Cardiff City and dropping out of the first-team picture at Bolton Wanderers, has been an excellent addition. He edges Chelsea’s Jay Dasilva as the best of the loan signings.

Charlton have conceded four goals in Bowyer’s 10 matches – compared to the 14 they let in over the same period under Karl Robinson.

The Addicks have kept six clean sheets during Bowyer’s time at the helm. They had managed six in Robinson’s last 23 games.

Defending is definitely a strength with Jake Forster-Caskey and Ahmed Kashi both an extra layer of resistance. Add in Mark Marshall as well, who once again tracked back time and again to take the sting out of Blackburn attacks.

The winger has not been able to replicate his Bradford City form last season when he was a livewire presence on the flank. But he was on hand to crucially deny Dominic Samuel a close-range finish when Richie Smallwood had nicked the ball past Amos.

If there is a concern for Charlton, it is that they don’t tend to create loads of chances.

They did not get a shot on target at Wimbledon and were not much better against Scunthorpe in SE7.

Nicky Ajose took one of their few opportunities at Portsmouth.

Against Blackburn they needed a big deflection for Pearce to celebrate his second goal this season – both of them coming in April.

Leutwiler was not called into action again until he pushed away Forster-Caskey’s shot late on following an impressive break which saw Ben Reeves and Stephy Mavididi both play cheeky backheel flicks back to Ezri Konsa as he broke forward.

What Bowyer has also done is restore unity in SE7. His name was drummed out by the Covered End and Robinson’s decision to walk out on the Addicks has to be seen as a masterstroke – and there were not many of those from the Liverpudlian in the last few months of his reign.

The weekend was an indication that a brighter future can lie ahead, provided owner Roland Duchatelet does complete his sale of the club.

A crowd of 17,310 can only be bettered by February’s fixture against Shrewsbury, when entry was just £5. And the noise generated from the home sections easily drowned out the 3,110 Rovers fans packed into the Jimmy Seed Stand.

It helped the Addicks that Blackburn made six changes to their starting line-up with Bradley Dack the most notable omission.

Mowbray had claimed in the build-up to the match that several of his squad had played through knocks and niggles until Rovers had achieved promotion.

A pretty perfect day would only have been topped off by a late substitute appearance by Johnnie Jackson, hanging up his boots at the end of the campaign. But although he took to the microphone to address the crowd at the final whistle, there just might be another shot at a playing farewell at The Valley if Charlton secure a play-off place.

Jackson lifting the trophy at Wembley next month? Now that really would be a fitting way to top off a memorable career for the Addicks fans’ favourite.