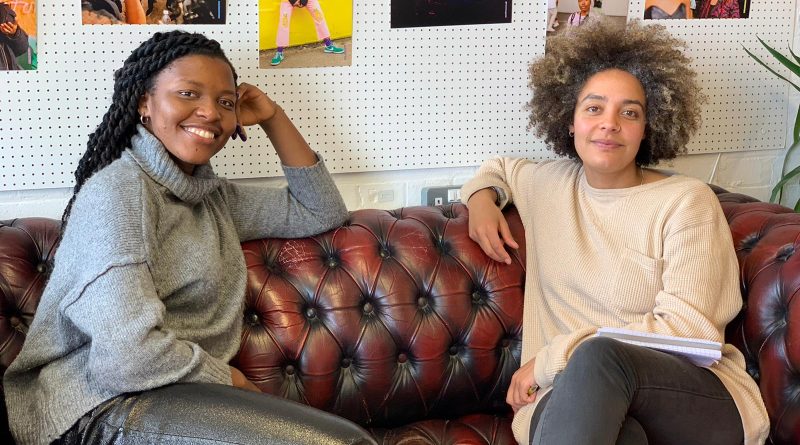 The loss of community centres has been a huge contributing factor in the rise in London crime.

But giving teenagers access to ping-pong will not solve this crisis.

Livity, based in Brighton Terrace, Brixton, aims higher. It puts its young people aged 16-25 into actual work situations and helps them build the connections which will enable them to have a career.

And the youth-led creative network is steering people into creative careers, rather than back-breaking manual jobs where they will struggle to clear the London Living Wage.

The business was created by two friends, but when they told the Rastafarian who ran a nearby community centre in Tunstall Road, he said: “That’s Livity” – a rasta word which combines “live” and “unity” and means “righteous living”. So they had a name for it.

Livity runs a string of different projects to change and people’s lives. It has an open door policy and offers free working space for young people – and about 20 a day take advantage.

It aims to be at the “frontiers of popular culture, tackling the big social issues, to help young people build a career”.

The model is a magazine, Live, set up by the founders 18 years ago.

It makes its money through working with clients and businesses by doing traditional marketing work for some big clients such as the Greater London Authority, Channel 4, Google and Facebook.

That is ploughed back into paying for projects which steer BAME young people, aged 16-25, into creative Industries like the media, marketing and digital companies.

Community and space manager Mahadi Manyokole said: “We’re trying to give young people space to develop skills and to grow. We have masterclasses focusing on job applications and running a business – for example, creating a business plan or devising the next step for an existing business plan.

“Young people can come in and use computers to look for and apply for jobs.
“Freelancers can use the space to understand better how their industry works.
“Others are looking to create businesses.

“A lot of people come in after referrals because someone knows someone else. They have usually heard about it online on Instagram or Twitter.”

Induction sessions every Thursday give a taster of what Livity does and how it can work for clients.

Former music gig organiser Mahadi, who used to run career panels focusing on the creative industries, said: “Some end up staying for a few months. Some are looking for a job. And some have already had success.”

Among the projects currently using the space are:  Keep Hush is a membership music platform and club and its staff are there virtually every day. Pretty Girl Problems – a podcast run by Naomi, which has been going for a year.  Society of alumni are a music collective who will perform at Livity’s summer party at pop Brixton. The members came in looking for help with their CVs and mentoring and looking for help to find internships in the music industry.

Head of engagement for five years Gillian Jackson said: “We use the money we make to invest in helping young people to create projects which help their careers.

“We get insight working with young people. We believe we know young people better than anyone else. And everything we make we invest back in helping them.

“People can sign up for work experience jobs or mentoring – anything that people need to embark on employment or starting a business.”

Gillian previously worked in events and music and youth work.

The 32-year-old ‘s specialism is around participation – helping young people to be actively involved in projects, such as Orange Rock, Rackcorps, Mo Sound, a marketing company VCCP and a youth project, Scope.

She said: “It’s a business model that helps to get young people actively involved in experiencing a world they don’t get into easily.

It is not like making tea when you’re doing work experience – it’s really proper life experience, something that can put on your CV and help you get a job.

“We believe in giving more opportunities to young people to help them get out of situations they are in.

“Often the economic choices they have made are because they need a way of making money.

“It’s not that they lack knowhow, it’s that they have to get the experience to get a job that pays.

“We are trying to create opportunities to get the perfect CV to get yourself a job. If you don’t have experience or connections, how are you supposed to get into the job?

“Some people have no connections to someone who works in an office so it’s hard for them to imagine themselves in this situation. We can create aspirations to get them there.”

Livity is currently working with 60 clients. They want to make their reach global though.

“We know our unique way of working is translatable to other areas like India and San Francisco and Madrid where we have done workshops,” said Gillian.

The creation of a pioneering project

Livity was created by Sam Conniff and Michelle Morgan 18 years ago to help young people get ahead through creative and marketing work.

Sam had been running a company called Don’t Panic which marketed music.

The other, Michelle Morgan, had been working in marketing. Both of them found the marketing industry too elitist.

They realised they wanted to help young people and especially to do something which would tackle the social injustice where they lived.

They wanted to use schools to involve pupils in trying to help themselves.

They set up a magazine called Live, funded by Lambeth council – which also wanted to work out how to engage and talk to young people about youth violence, sex and drugs. Live was youth-led and written by young people – and helped people to talk about the challenges they faced.

Live, which ran for 10 years, involved Gemma Cierney, Sian Anderson and Jamal Edwards. They interviewed the likes of Dizzee Rascal, N Dubz, Tinchy Stryder and Miss Dynamite – all in their commercially succesful heyday.

The biggest success of the magazine was in understanding that if young people really had ownership of a project that they could call their own, they could get ahead in the media and creative Industries.

Livity head of engagement Gillian Jackson said: “Live has become our business model. We believe that through creative participation, getting young people involved in projects, they can get out of their situations rather than getting stuck down the wrong route.

“The important message is showing how it’s done – not telling people how it’s done. We want to use creativity to get young people involved in projects that interest them, that can influence and inspire inspire other people too.”

Many of the people who were involved are working for ITV and the BBC.

Sam has since published a book called Be More Pirate which aims to help businesses be more purposeful as social entrepreneurs – bye being more adventurous, buccaneering and committed – more like 16th century pirates, in fact.

Michelle has since set up her own company, PJoys, which makes pyjamas which raise awareness of mental health issues.