I’ve been to a Fat Cat before, but not any other pub named for our feline friends, although there are plenty of them (in the country there’s an Old Cat, Black Cat, Cheshire Cat, even a Rampant Cat).

As I understand it, The Cat’s Back in Wandsworth is a unique name – the rumour is that it was named after a cat who lived there who returned after a period of being lost.

The one-off name brings out the trainspotter embedded deep in my British psyche, making me want to visit no matter how bad the pub is (I once went out of my way to get to a terrible pub called The Bull just because I could then say I went to three pubs of the same name in one day).

Thankfully, The Cat’s Back is as far from a bad pub as you can get.

It’s a ‘backstreet boozer’, but not of the sort that you have to duck when you walk in, have one nerve-racking pint and leave quickly.

It’s slightly off the beaten track, but worth seeking out. Its dark, cosy atmosphere was warm and inviting, with its real fire and furnishings reminiscent of a pub from a century ago (the building is Edwardian). 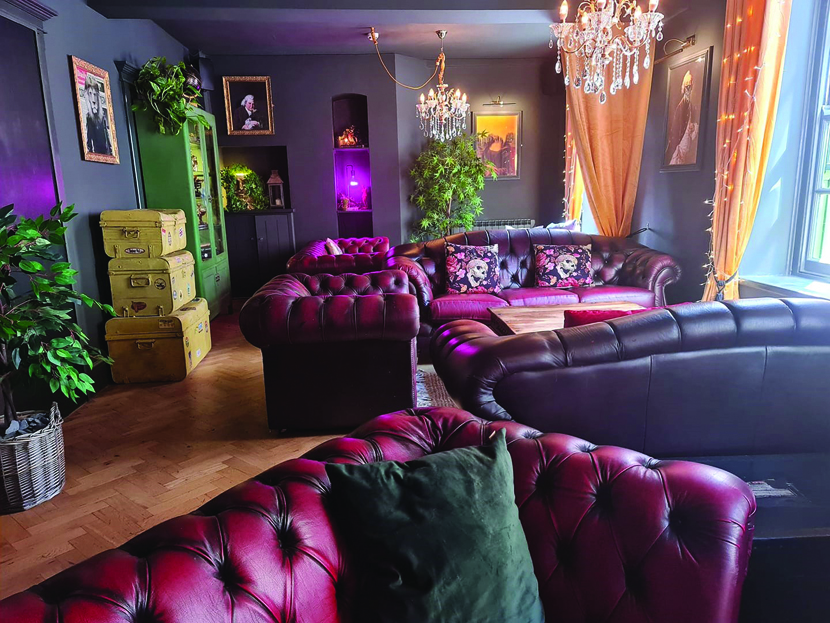 There’s an upstairs snug bar and an outside terraced area.

It has been more recently refurbished but still retains its old charm and character. The glass frontage is quite striking – it was not a surprise to learn the pub had won CAMRA’s award for Best Corner Street Local Pub Design.

It’s basically a sister pub to The Royal Oak in Borough, two of the three Harvey’s pubs in London (the other one, The Phoenix in Clapham, I think is far inferior).

I headed there in a pilgrimage in cask ale week, with Lewes-based Harvey’s named as one of the breweries of the day.

It has a slight local’s feel, and one of the barmaids was casually eating her dinner at the bar when I walked in, but all the better for it.

Harvey’s only acquired the pub about 10 years ago, which was a surprise as it felt like it had been a feature of the landscape forever.

I visited in that strange midweek interlude just before closing, but apparently it really livens up on Sundays and is famed for its roast.

It doesn’t have the busy feel of a London pub, the queues, noise, the odd tourist, which I missed from having spent a year at home but which I quickly became put off by once again.

A lazy afternoon in a pub like this, where time stands still, suits me fine.