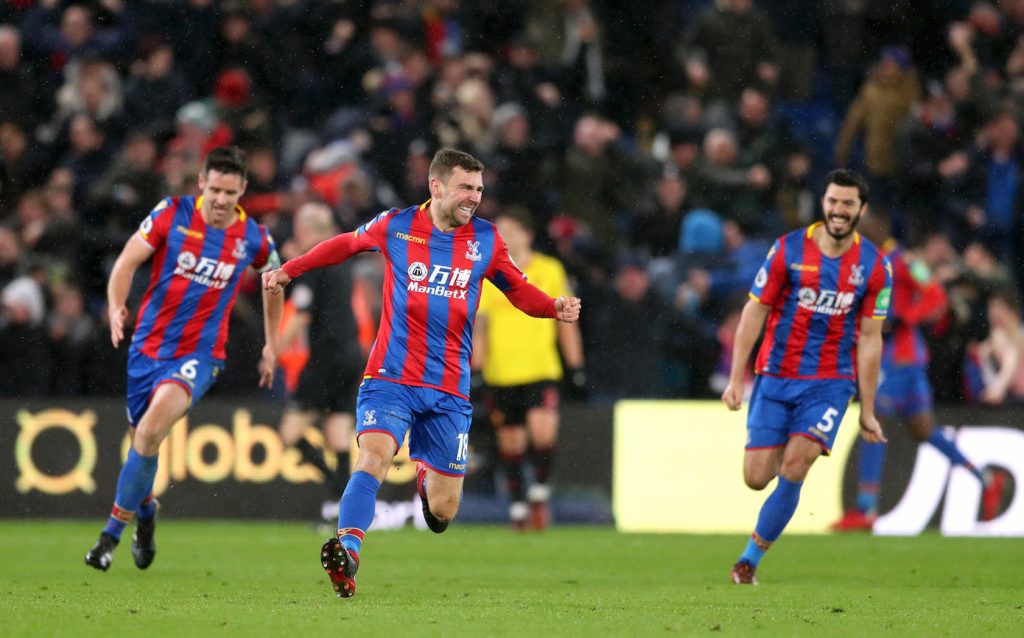 The Scottish international’s injury-time winner against Watford on Tuesday sparked scenes of jubilation in the Selhurst Park stands.

And it is becoming a bit of a habit. Mamadou Sakho’s 90th-minute goal defeated Stoke City 2-1 at the end of November while Zaha salvaged a 2-2 draw against West Ham United with an equaliser at the same stage.

“You look at some of the big goals we have scored in the last couple of minutes at home which has kicked us on every time,” said McArthur.

“The character to keep coming back is remarkable. That is what it is going to take. We obviously do not want to go behind but when you do, to come back and get three points is incredible. It is an amazing feeling in that dressing room.”

McArthur’s fourth goal of the season followed a driving run and cross by Zaha.

“Wilf did excellent,” said the Glaswegian. “I just tried to get a good contact towards the back post and thankfully it went it.

“With younger talent, sometimes you get inconsistency. With Wilfried, his consistency levels are remarkable. He is playing well week in, week out and creating goals and scoring. I would hate to play against him.