A single-mother with cystic fibrosis has been left no choice but to abort pregnancy following town hall housing bosses’ failure to repair her flood-damaged property.

Katherina Walsh, 40, remains without access to hot water and a working lavatory more than five months after a water main burst on the anniversary of her sister’s murder, 28 April.

Although doctors urged her to consider abortion, citing health concerns, Walsh maintains the termination was enforced by Lambeth council’s failure to carry out its obligation to conduct repairs on her council home.

“Another baby would have been amazing,” said Ms Walsh, of Robertson Street, Clapham.

“Who would want to bring a baby into this – the situation I’m in, I could never bring a child into this.

“If my living situation was a lot better and if I was mentally stronger, I would have probably gone ahead with the pregnancy.”

More than four months after the burst main flooded the area, an independent surveyor’s report conducted on September 2 by Porterhouse Legal Surveying and Consultancy determined that Walsh’s kitchen and living area still emitted a 100 percent moisture reading – the highest possible. 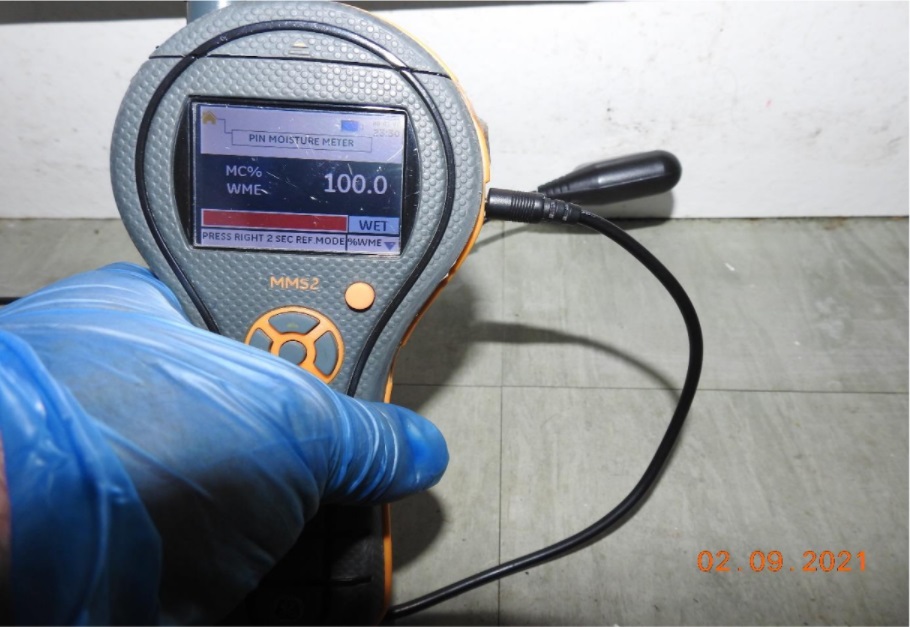 Walsh suffers from cystic fibrosis, an incurable condition primarily of the lungs that requires a gruelling round-the-clock treatment regime that places her at the mercy of infection from damp and mold.

In two letters dating as far back as 18 June and 25 June, Lambeth was warned by Royal Brampton Hospital specialists that a failure to conduct repairs would lead to a deterioration in Walsh’s fragile health.

“Damp and mould can have a long-lasting damaging effect on people with Cystic Fibrosis’ health and ultimately their life expectancy,” the latter read.

“From our experience, poor living conditions and high levels of stress can lead to a decline in a patient’s lung function.”

The damage to the property has also strained Walsh’s relationship with her 11-year-daughter, who has recently started secondary school.

The two are currently forced to wash their hair and brush their teeth in the only source of running water in the household, the kitchen sink, and carry cold water in pots upstairs to bathe.

“This was an important moment for her,” Walsh said.

“We’ll argue because sometimes she’ll pretend she’s washed because she can’t bring herself to face the icy cold water.

“She does a lot of activities and she needs to be washing more regularly.

“I’ve got days when I’ve had enough and I burst out crying for no reason – I feel like such a failure.”

Walsh was initially moved to Clapham South Dudley Hotel on 29 April, but was subsequently stripped of the privilege in late May without being informed.

“I put the keys in and they weren’t working”, she said.

“Me and my daughter walked away crying when we couldn’t wash ourselves – we had to walk back not even washed and humiliated.”

Last week a spokesperson for Lambeth said: “We are contacting the resident to arrange permanent repairs to the property this week.

“We arranged for Ms Walsh to be temporarily moved to a hotel while the repairs were being carried out.

“We apologise for any delays or inconvenience this has caused.

“Lambeth recently awarded 10 multi-million-pound repair and maintenance contracts to new providers as part of its drive to improve standards and services for council tenants.

“These contracts, worth a combined £35m a year, are specifically designed to provide an improved and more responsive repairs service to all our residents.”

A week on, and a further five months and counting on from when the main initially burst, repairs are still to be carried out, despite Walsh’s faults qualifying as an ‘urgent emergency’, to be fixed within a 24-hour window.

Whelan was jailed for life after pleading guilty to murdering the 31-year-old mother-of-four.

The two had moved into an apartment together after meeting one another at an addiction treatment centre.

No traces of alcohol were found in Samantha’s body in the autopsy report.

Speaking in a victim impact statement, the Walsh’s brother Raymond said: “You have taken from the whole world a girl, who genuinely believed in caring, sharing and loving.

“We think about her every day and miss her beyond belief.”

Whelan later said: “I’m a monster and a life sentence is too good for me.”