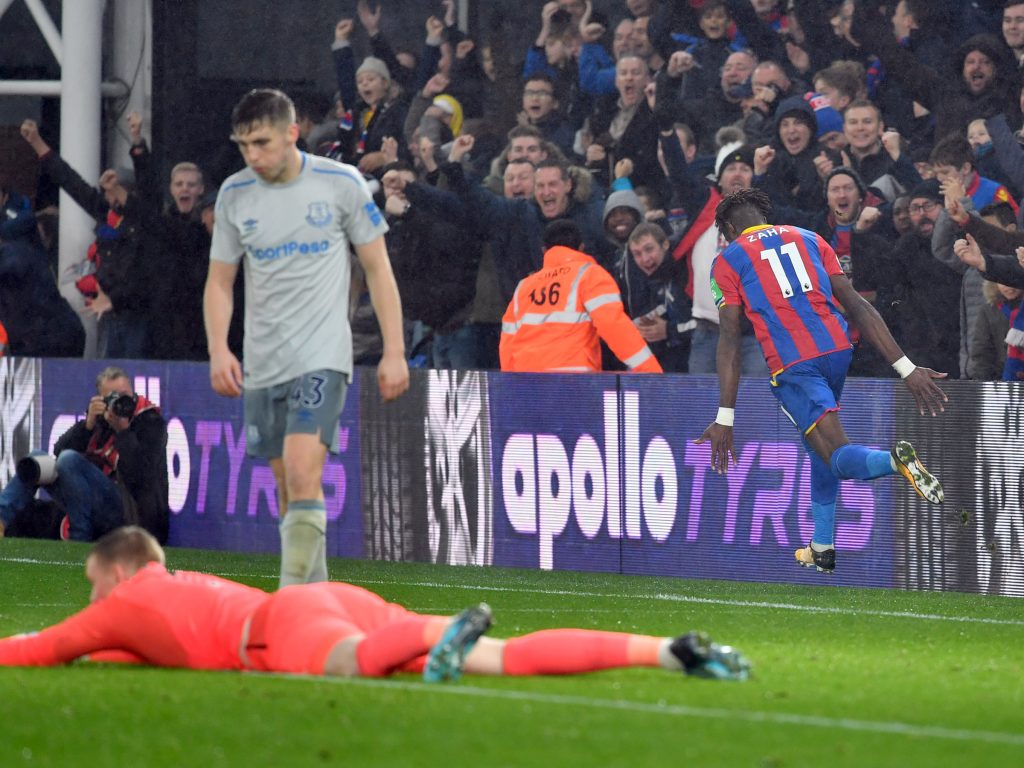 Tight, uncomfortable, testing, pressurised and unpleasant – all ways in which to describe the fix that Crystal Palace find themselves in now.

But it’s not hopeless.

It might feel that way with the Eagles propping up the top-flight table on only five points. Since the division was rebranded as the Premier League, only one team has gone on to stay up with that total or less after 12 matches – Everton.

Then again, Swansea were only a point better off and rock bottom in the 2016-17 season. They went on to finish 15th as they accrued 41 points.

Sunderland and Palace had seven points on the board in the 2013-14 campaign and both stayed up. The South Londoners ended up 11th following a remarkable rescue act by Tony Pulis, sacked by West Bromwich Albion yesterday.

Of course there are also unhappy endings. QPR were relegated in 2013 and 2015. Aston Villa mirrored the Eagles’ current total and went down with barely a whimper.

A look back at the past decade and the survival figure needed to stay up fluctuates a fair bit. It averages out at 36 points – but in four of those years it has needed to be higher than that.

Based on those calculations, Palace need 31 points from 26 matches.

The Eagles will need to show form and produce results which have evaded them up to this point.

Palace’s inability to defeat a limited Everton side was a major frustration. Roy Hodgson did little to mask his disappointment in his post-match press conference.

The January transfer window will become an even trickier proposition if the South Londoners are not in striking distance of 17th place.

Hodgson has downplayed the significance of Palace’s fixtures up to December 23 – but that is probably largely down to not wanting to add extra public pressure as they face clubs who are either in the bottom three or in serious peril of being sucked into it. Chairman Steve Parish described it as a period of “immense importance”.

West Ham and Everton have been big opportunities against clubs in a state of flux. Only two points have been banked.

The Toffees’ showed a distinct lack of ambition to win in SE25 – their cause aided by a hugely generous referee call and a defensive slip.

It is entirely in keeping with Palace’s season that Oumar Niasse had a major hand in denying them on Saturday.

The Senegalese striker was at the club’s Beak Street office in Soho on the final day of the summer transfer window, only for his switch to break down in the final hours. Rumours suggest that his agent switched terms at the last moment and the Eagles walked away from the deal.

Everton fans had taken to social media expressing delight they were shipping out a flop. But he took his tally to five goals in the league this season – the amount the whole Palace team have contributed so far.

He accepted two doses of generosity. Scott Dann’s left arm made minimal contact with him as he broke into the box and referee Anthony Taylor – well-placed – instantly signalled for a penalty as he hit the turf. Leighton Baines made no mistake to cancel out James McArthur’s 55-second opener.

The FA’s decision to charge Niasse with “successful deception of a match official” – in other words a dive – will be of no consolation to the Eagles.

But focusing just on that moment is a cop-out. Because Palace had moved themselves back in front with a flowing move that saw Wilfried Zaha pounce on Joel Ward’s excellent low cross from the right.

The Eagles were in control but criminally conceded just before the end of the first half.

Again it was Niasse who profited, despite initially being duped by Julian Speroni’s turn. The Palace keeper played a short pass to Scott Dann, Idrissa Gueye dispossessed him and Gylfi Sigurdsson simply released the Everton number 19 to slot into the bottom right corner.

Both Speroni and Dann had the chance to just bang the ball long. The equaliser was totally self-inflicted.

Dann had already berated Luka Milivojevic for a pass that had attracted heavy Everton attention and the Eagles captain looked nervy whenever he did not have time and space on the ball.

Everton were gritty, attritional and unattractive. They racked up 26 fouls and certainly had a focus on Ruben Loftus-Cheek. The on-loan Chelsea man was stopped, either fairly or unfairly, every time he began to move through his attacking gears.

It was only early on that he escaped their defensive shackles and his shot – pushed away by Jordan Pickford – was gratefully converted first time by McArthur.

The onus was on Palace to make the running, and for long stretches of this rainswept match they did exactly that.

There was no lack of graft or desire from the Eagles but there was that familiar gripe about not making big moments count.

Christian Benteke had a huge chance to mark his return from a knee injury by opening his goal account for the season.

Everton’s hesitancy saw Zaha play the big Belgian in. His first touch was a good one, bringing the ball into a striking position, but then he scuffed horribly wide.

Blaming the miss on ring-rust does not really carry any weight.

Niasse was ruthless with his opportunity but Benteke was unable to even hit the target – which was the minimum acceptable outcome for a striker of his standing.