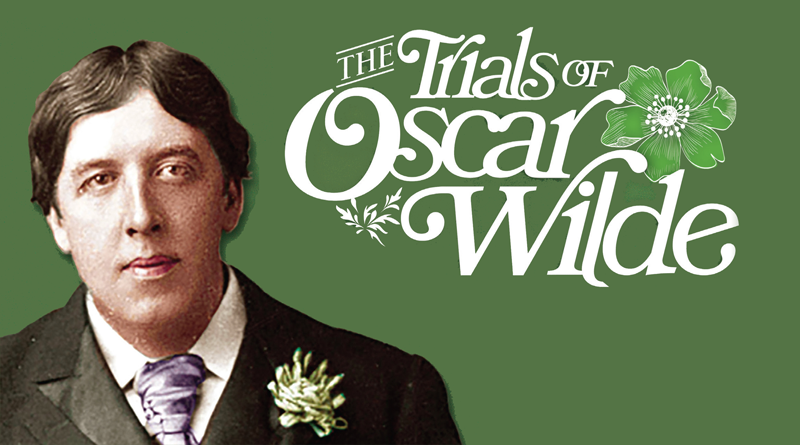 In 1892, rehearsals began for the premiere of a new play by Oscar Wilde – Salomé. A far cry from the apparently light social comedies like The Importance Of Being Earnest and An Ideal
Husband. Salomé tells the Biblical story of the young woman who danced the dance of the seven veils for King Herod, and asked for the head of John the Baptist in return.

However, rehearsals were stopped when the Lord Chamberlain banned the play, citing the law that the depiction of Biblical characters on stage was illegal.

While the play premiered in 1896 in Paris, and private performances did take place in England, the ban was not lifted until 1931 when the play was performed at the Savoy Theatre in London.

Wilde was not able to attend the performance in Paris as by that time he had lost his libel trial against the Marquess of Queensberry, and had in turn been tried and imprisoned for gross indecency, and he was long dead when the production at the Savoy finally took place.

The dates may not quite align, but around half a century ago (in 1967) the law was changed and homosexuality was decriminalised in this country.

A year later, the Lord Chamberlain’s power over the theatre was finally revoked – a power that had been held by the office for over 200 years.

In the course of just two years, everything that had threatened Wilde legally on and off the stage had been overturned.

This season, half a century on, we have teamed up with two theatre companies – Greenwich based Lazarus Theatre Company and the international touring company European Arts – to celebrate Oscar Wilde and the change that both theatre and society has enjoyed in the past 50 years.

From April 2-6, European Arts Company presents The Trials Of Oscar Wilde, a brilliant
dramatisation of the libel and criminal trials of Oscar Wilde, written by Wilde’s grandson Merlin Holland and coming to Greenwich following an acclaimed West End run.

Using the original words spoken in court, this production takes audiences back to the courtroom and allows them to decide for themselves how much Wilde was a victim persecuted by a homophobic society, and how much he was the architect of his own downfall.

Then, from May 14-25, Lazarus will bring Wilde’s play back to the London stage in a much-anticipated new production which recasts Salomé as a young man, dancing at the court of King Herod.

Salomé has retained a fascination for theatre professionals and audiences since it was first produced in France. It has informed other plays, films, works of literature and even the 2009 computer game Fatale.

Al Pacino famously promised to bring a production to the West End in 2016, in which he would star as Herod, but that never happened – though a filmed version of his 2006 stage production has been released.

With these two companies revisiting the Irish playwright in both his work and his life, this promises the perfect celebration of the artistic and social liberalism that the past half a century have come to represent, both on and off the stage.