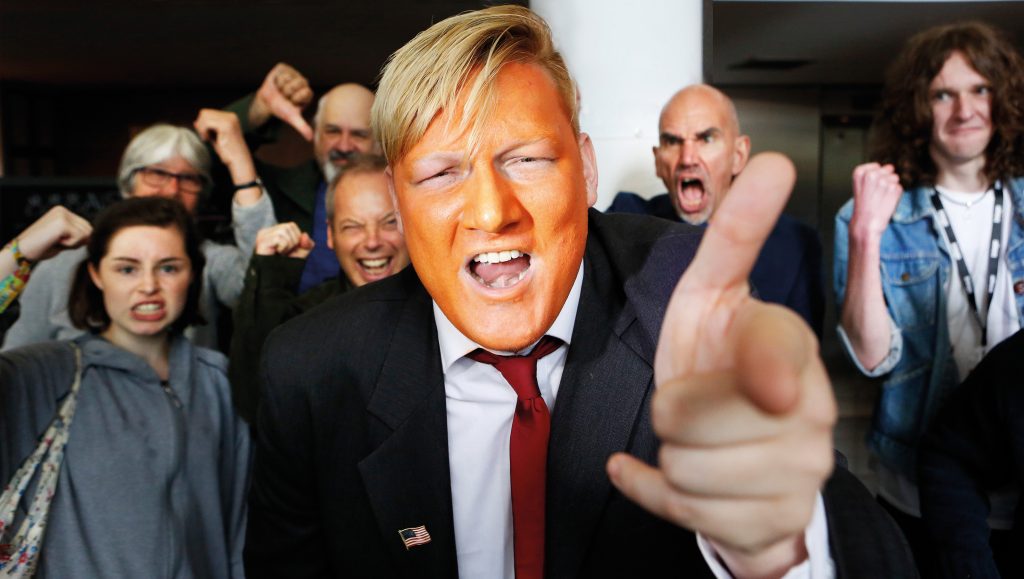 This week I saw The Post, Steven Spielberg’s Oscar contender about the Washington Post and its brave crusade to uncover a systemic presidential fabrication of information about the Vietnam War

The film celebrates the power of the free press to publish the truth in the face of the manipulative powers that be – journalism at its best, born of a desire to present, as the newspaper’s publisher is famous for saying, “the first rough draft of history”.

Sadly a world that once held that level of respect for journalism has changed dramatically since the events shown in the film, and we now live in an age that any fan of George Orwell will recognise – an age of Newspeak, of fake news, when ‘the truth’ is all too often written by those in power to satisfy a particular agenda.

The most powerful rewriter of truth in the modern era is surely Donald Trump, the American President who has made “fake news” a widely used term around the world.

In response to the publication of Michael Wolff’s explosive book, Fire and Fury: Inside the Trump White House, Trump called him “a total loser who made up stories”.

Sadly, for many people, that is enough. One truth overwritten by another.

For performer Simon Jay, Trump’s cavalier approach to the truth gave him one of the major building blocks for a new satirical show, Trumpageddon, which comes to Greenwich on Saturday.

With Trump insisting on making a visit to the UK this October, Greenwich council passing a motion barring the US President from the borough, and many anticipating the biggest protest march this country has ever seen if the visit goes ahead, Jay’s show could not be more topical.

In the semi-improvised show, Jay’s Trump answers whatever questions the audience wants to throw at him, and a suggestion box of questions is already filling up in the theatre foyer with audiences for other shows getting involved.

Jay’s comic attack on the most powerful politician in the world is part of a satirical double-bill this weekend, with one of its most famous predecessors making a reappearance, too, on Sunday.

Dario Fo’s one-man show Mistero Buffo, revived by the acclaimed Rhum And Clay, is an attack aimed at both political and religious power through its comic take on the medieval mystery plays.

When it was first broadcast in Italy the Vatican denounced it as “the most blasphemous show in the history of television”.

This country has a strong tradition of satire, from Jonathan Swift to Spitting Image, taking absurd truths to their ultimate, grotesque conclusions. In recent years some commentators have claimed that, with figures like Trump making themselves laughing stocks, the need for satire has disappeared, just as the power of journalism has been reduced. However, I can’t agree. The danger that lies beneath the idiocy has to be revealed.

In 1809 Lord Byron wrote: “I’ll publish right or wrong. Fools are my theme, let satire be my song.”

For as long as we have fools in positions of power, making foolish decisions to the detriment of society, we will need the integrity of journalists and the comedic attack of satirists to work hand in hand to mobilise the public in challenging them, and I am delighted that theatre still has its part to play in the satirical attack.