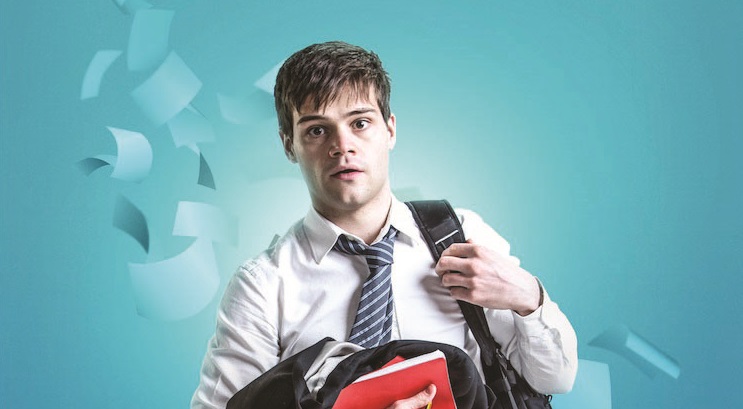 Theo Ancient brings solo show The Shy Manifesto to the Greenwich Theatre Studio – direct from playing the lead role in one of the most high profile plays in the world, Harry Potter and the Cursed Child.

“It’s a job like no other,” he said of stepping into JK Rowling’s magical creation.

“It’s unlike anything I’ve ever experienced. There was so much excitement and anticipation in the theatre.

“I would stand backstage 10 minutes before the start and just listen to the audience.

You could feel their excitement. And it seems that no matter where you go, if you say you’re a part of Harry Potter, people light up.”

The Shy Manifesto will be very different. Written by Michael Ross, the play is a bittersweet coming-of-age comedy drama about a shy boy who has had enough of constantly being told to come out of his shell.

Seventeen-year-old Callum is proud to be shy, and he thinks you should be too, because what this noisy, crazy world really needs right now is some more self-restraint.

Callum delivers his manifesto, exploring adolescence, isolation, self-loathing and sexuality, and encourages his audience of radical shy comrades to finally rise up and inherit the earth.

However, will memories of the previous night’s drunken escapades at a classmate’s end-of-term party upend the fragile identity he has created for himself?

This will surely be a completely different experience to leading a team of wizards in the West End – the show is playing in small venues and there isn’t a wand in sight – but Mr Ancient says he can relate to the theme of the play.

At school, teachers would remark that he’d rather take a book into a corner than join in more social activities.

While he did “toy with the idea of dying my hair black and riding a skateboard”, he quickly found his “sense of belonging” in drama groups and acting.

“All I wanted to do was act and perform,” he smiles. “I never really fitted in anywhere else.

“The play gives a character like Callum the chance to say everything that’s going on inside his mind” he explained, “when normally he would keep quiet at the back of the class and not say anything at all.

“We give him a voice and ask, ‘What would he say’? It’s a coming of age story that explores our insecurities and growing up as an introvert.

I hope people will come along to the theatre and fall in love with Callum and his story.

I hope they will go on a rollercoaster with him and leave feeling elated, excited, full of questions and debate. And, hopefully, inspired.”

The Shy Manifesto runs at Greenwich Theatre from February 1 to 3.