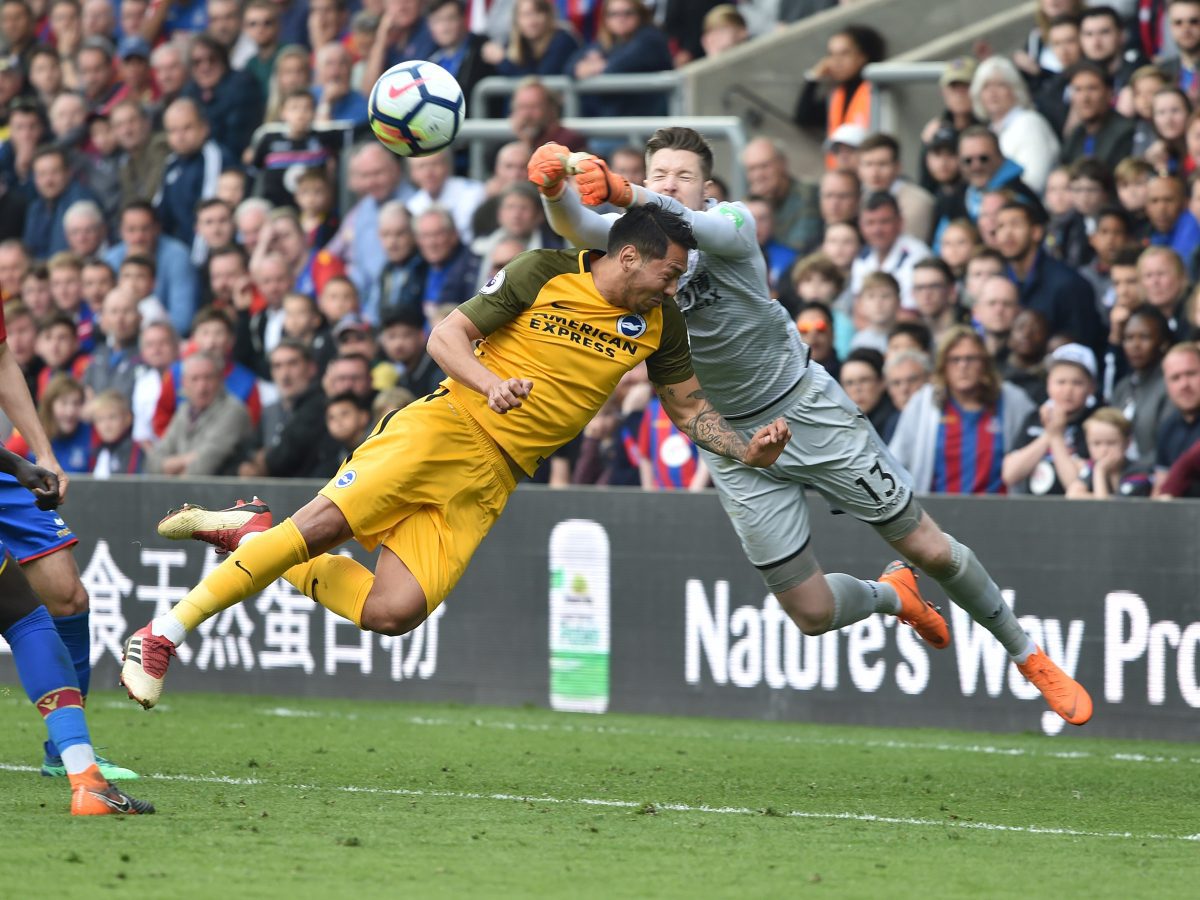 There is scarcely a sweeter victory than one against your bitter rivals, but beating them to edge even closer to safety only enhances the triumph.

And that’s exactly what Crystal Palace achieved by defeating fierce foes Brighton and Hove Albion at Selhurst Park on Saturday.

The Eagles are 16th in the Premier League table and enjoy a six-point gap from the relegation zone with four matches to go. The only complication is that third-bottom Southampton have a game in hand.

It is a remarkable feat considering the South Londoners were pointless, goalless and seemingly spiralling down towards one of the most dismal campaigns a top-flight club has ever produced after seven matches.

But the victory and performance against the Seagulls were symbols of new times. Long gone are toothless showings that lack both cohesion and something resembling a gameplan.

The 20-minute blitz on the Brighton goal at the beginning of the game was Roy Hodgson’s version of Crystal Palace at their very best. The Eagles, roared on by a raucous atmosphere, advanced forward at every opportunity and dominated possession in the early stages.

Wilfried Zaha – starting in a front two with Andros Townsend – was at his sparkling prime and fear was apparent among the Brighton defenders every time he touched the ball. In the build-up to the game the Ivorian said “we want to beat them and send them back to where they came from”, and that is exactly what Palace did.

It was Zaha, Brighton fans’ most despised Palace player, who gave the hosts a lead inside five minutes. A short corner routine from the right involved Luka Milivojevic and Ruben Loftus-Cheek exchanging passes and the Serbian advanced, unchallenged, towards goal. Brighton goalkeeper Mathew Ryan got a hand to his powerful drive but the ball still seemed goal-bound and Zaha made certain by tapping in from two yards out to cause bedlam among the stands.

Bedlam became mayhem nine minutes later. Another corner led to a scramble inside the six-yard box, both Mamadou Sakho and James McArthur had shots blocked. The ball seemed to refuse to enter the goal until James Tomkins rifled a left-footed effort that squirmed under Ryan and rolled into the corner.

This would have been Palace’s most complete performance under Hodgson – and possibly since promotion given the circumstances – had the defending been much better. Brighton had scarcely entered the Eagles’ half amid the two goals but they had a lifeline on 18 minutes when Lewis Dunk was allowed to flick on a corner unmarked and ex-Palace forward Glenn Murray swivelled and hooked the ball home from close-range.

Bedlam and mayhem were now anxiety and caution. But six minutes later it was sheer pandemonium. Zaha began a neat passing move and darted towards the penalty area to meet a deep and pinpoint Milivojevic cross to head in his second and Palace’s third. It was the forward’s first brace since the Championship play-off semi-final victory against the same opposition, and just his second headed goal since that same infamous game.

This should have been a comfortable victory. Palace fans should have been celebrating an inevitable success at half-time. But this ceased to be the case as the Eagles once again had themselves to blame as they conceded a second on 34 minutes when Joel Ward’s rustiness, having played just once since December 2, showed. The full-back allowed Jose Izquierdo in behind too easily and the Colombian winger swept a curling effort into the corner.

There was to be no excessive celebration in the stands until full-time. The second half was tense and Brighton were the better side. Murray had two excellent chances to equalise, first stretching to meet a deep cross but diverting wide, and then somehow steering the ball further away from Wayne Hennessey’s goal from a similar position on the right-side of the penalty area.

Palace have made a habit since the turn of the year of conceding late goals and dropping points. It seemed this game might go the same way, and Hennessey had to be at his best to tip a dipping  and goal-bound Dale Stephens strike away from danger.

The Eagles just about held on, and it could have been four had Zaha not skewed an effort wide late on, but this was a result of sizeable magnitude in a derby as Palace edged towards retaining the top-flight status that seemed destined to slip away six months ago.