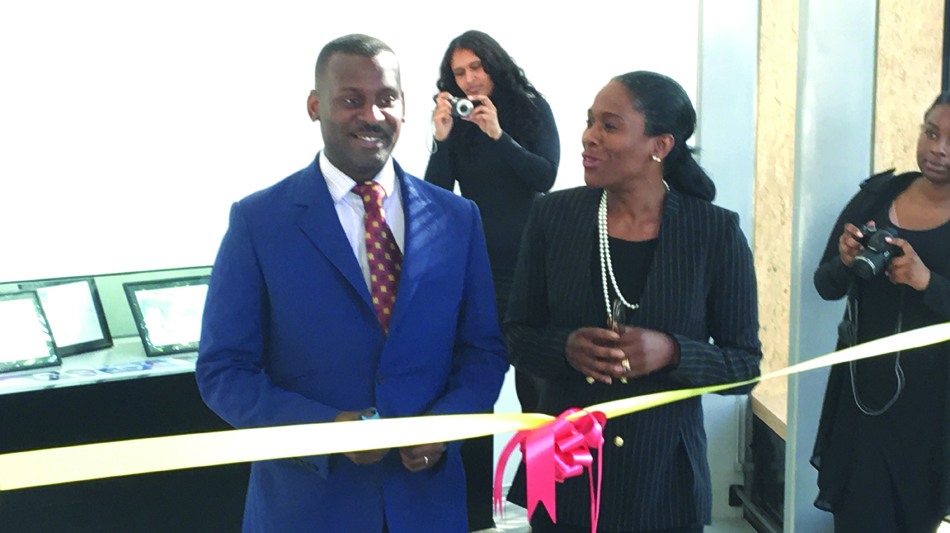 Stephen Lawrence’s brother says the past 12 months has been one of the hardest years he has had since Stephen’s brutal murder in 1993.

Stuart Lawrence’s life was turned upside down at the age of 16 when his older brother was killed in a racially-motivated attack in Eltham.

Now, 25 years on, he has devoted his life to his brother’s legacy, trying to support young disadvantaged people in South-east London.

The 41-year-old, who has a seven-year-old son of his own, said: “Every year has been different. Some years easier than others. This year has probably been one of the hardest, personally, because my son is getting a bit older now, he’s starting to realise bits and pieces himself.

“There’s going to be a day when I have to sit down and tell him everything that happened and explain to him that people are not going to like him because of the colour of his skin.

“That’s a horrible conversation to have with your son.”

Stephen’s murder at a bus stop in Eltham was a defining moment for race relations in the UK as the Lawrence family campaigned for years to bring the murderers to justice and hold the police to account.

This lead to the Macpherson report, published in 1999, into the Met’s investigation which found that there was “institutional racism” in the Met police.

Stuart, who was born and brought up in Plumstead, said: “I want to let my son just be a child, I want him to have his innocence for as long as possible, to have the same childhood I had until I was 16.

“I think of the day Stephen died as groundhog day. You wake up and you try and go back and relive it how you want it to be.

“It gets better in some sort of ways but there is always the same outcome, the same ending. It sticks with you for life.”

It took 19 years for two men, Gary Dobson and David Norris, to be convicted of Stephen’s murder in 2012 after DNA evidence was found to have placed them at the scene.

Both received life sentences, with Dobson jailed for a minimum of 15 years and two months and Norris for 14 years and three months.

Three others were also charged originally, but not convicted.

Stuart said: “My motivation and drive is about what my brother would want me to do.

“It’s not about being angry and looking for revenge and being driven by those emotions.

“It’s about being as positive as possible, keep moving on in life.

“This can be quite difficult at times, but I think about what would Stephen want me to do and be the best person I can be for him.”

Stuart has been a teacher for 15 years at an all-girls school in London. He taught graphics, craft and technology and art and design.

He is also a trustee of the Stephen Lawrence Charitable Trust (SLCT), based in Deptford.

The charity provides bursaries for aspiring architects, a career Stephen thought he would pursue, who do not have the financial support at home to fund their studies.

They also aim to support young people from disadvantaged backgrounds into employment.

Stuart, who recently resigned from his teaching post, said: “I’m at a juncture now where I want to go off and do different things.

“I still think I have a calling to do something that helps young people in the area.

“I think it’s about activities, getting young children involved in as many clubs and groups as you can.

“Stephan and I were part of the cubs and scouts group when we were young. It gave us some structure and stopped us becoming idle. That’s the problem today, we have idle youths who meet up and they end up doing something negative because they don’t have direction. Youth clubs and different environments can keep their minds active.”