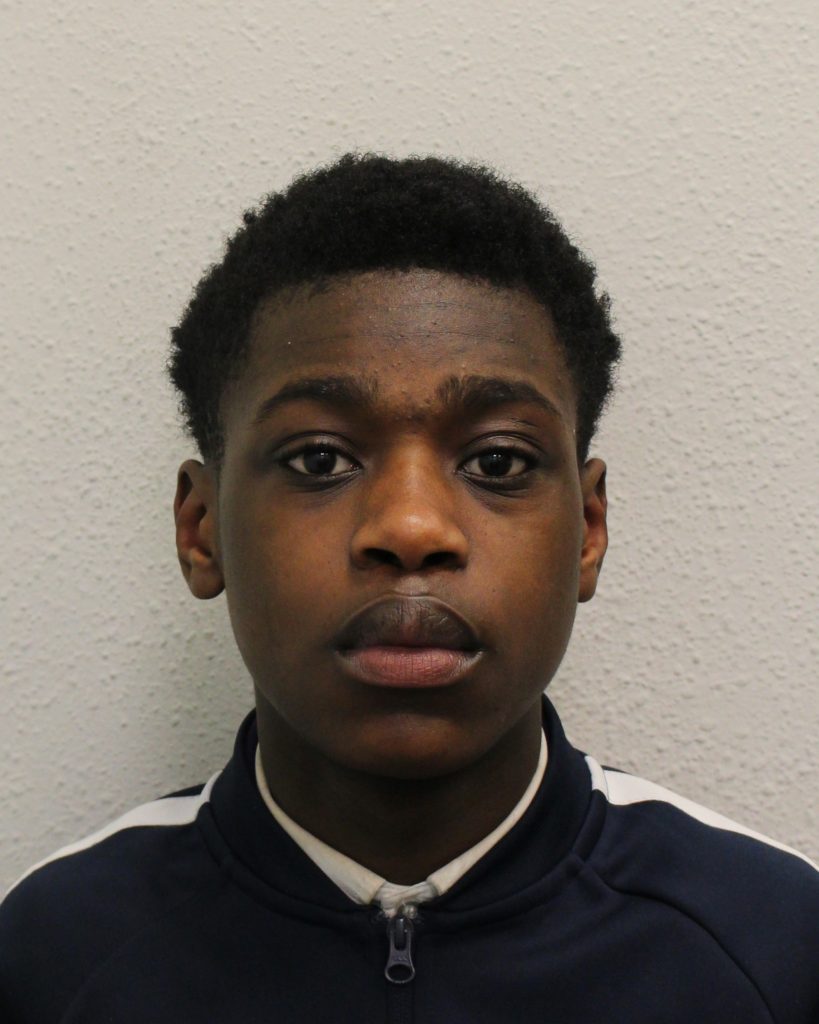 Two teenagers who stabbed a man to death in an unprovoked attack then sped away in a taxi have been jailed.
Felou Abadja, 19, of Pinnell Road, Kidbrooke, and Dval Doh, 16, of Floyd Road, Charlton, were sentenced at the Old Bailey on Friday 2 February.
Abadja was sentenced to 18 years’ imprisonment with an extended licence of four years. Doh was sentenced to 12 years’ imprisonment with an extended licence of four years.
They were both found guilty of manslaughter and possession of an offensive weapon at the Old Bailey on 21 December 2017 following a trial.
Abadja previously pleaded guilty to possession of a Class A drug (cocaine). Doh had previously pleaded guilty to possession of a knife and possession of a Class A drug (heroin).
On 13 June 2017, police were called by the London Ambulance Service at about 17:45hrs to reports of a man stabbed behind Phipps House, off Woolwich Road, SE7.
Officers and London’s Air Ambulance attended and found 30-year-old Adam Chambers injured. He was pronounced dead at the scene at 18:27hrs.
A post-mortem examination held the following day gave cause of death as a stab wound to the chest.
The court heard that on the afternoon of 13 June, Abadja, Doh and a 15-year-old girl were at an address in Lee High Road, recording rap music.
At about 17:00hrs, Abadja called a taxi and asked to be taken to Troughton Road – which is very close to where Adam was fatally stabbed.
The three got in the taxi and they were driven to Troughton Road. Abadja and Doh got out of the taxi, and the driver and the girl waited. The two youths walked to nearby Phipps House and waited in the area next to Hartwell House.
At about 17:35hrs Adam left his home address on his moped and rode to the area of Phipps House, arriving at 17:42hrs when he met Abadja and Doh.
The court heard that Abadja had arranged to meet Adam through a third party to purchase drugs.
Just ten seconds later, the moped was seen to leave the area.
During those ten seconds, Adam was stabbed. He managed to drive a very short distance before collapsing. He was found by a passer-by who called the emergency services.
Abadja and Doh fled to the waiting taxi. The driver noted that they seemed in a hurry, saying ‘let’s go boss”. They also switched their destination to Blackwall Lane and they were dropped off by some flats.
Officers carried out enquiries and Abadja was identified as a suspect.
Abadja was located on 18 June 2017 at an address in Pinnell Road, SE9, after officers forced entry into the property – he was arrested and found to be in possession of a wrap of cocaine. Once at the police station, Abadja tested positive for the drug.
Abadja initially went no comment during interview, but later produced a prepared statement. He placed himself at the scene but said it was the male he was with, Doh, who became involved in a fight with Adam. Abadja told officers he was talking to his regular cannabis dealer when the stabbing took place, and he was some distance away. He said he saw Doh produce a knife and stab the victim. He also told officers he did not know this was going to happen.
However, Abadja was charged with murder and possession of a Class A drug (cocaine) in the early hours of 20 June 2017.
Doh, who was aged 15 at the time, was arrested on 21 June 2017. He was found to be in possession of a large knife and four wraps of heroin. He answered ‘no comment’ to all the questions put to him in interview.
The knife was analysed by an expert who concluded the knife found in Doh’s possession was the same one that fatally stabbed Adam. Traces of Adam’s blood were found inside the bag Doh was wearing upon his arrest.
He was charged on 22 June 2017 with murder, possession of a knife and possession of a Class A drug (heroin).
Detective Superintendent Lee Watling, who led the investigation, said: “This was a vicious unprovoked attack on the victim who was unable to defend himself.
“I hope today’s sentencing gives Adam’s family some measure of closure and comfort.”

One thought on “They met for a drug deal – but within 10 seconds, one was stabbed to death”