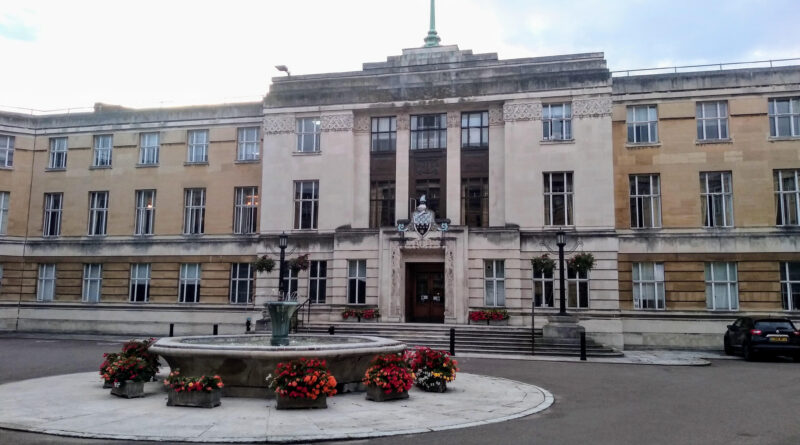 Two major colleges merged in a takeover deal that spelled the end of one after four decades.

Southwark College, which had sites in Bermondsey, Camberwell and Waterloo, ceased to exist as it was swallowed up by Lewisham College.

The boards of governors agreed to the takeover in a move that saw Lewisham take on Southwark’s buildings, staff, assets and debts.

Southwark College, which date back to the 1970s, was described as “inadequate” by Government inspectors in the January and in a “period of decline”.

Campaigners staged a protest outside the head office of an international oil giant’s HQ.

Polar bear costumes were donned by campaigners from the South-west London and Southwark branches of Greenpeace to highlight the pressure group’s new Save the Arctic campaign.

About 40 campaigners gathered outside the headquarters of the Shell oil firm on the South Bank.

A grandmother spoke of her shock at delivering a baby at home an hour after she and her son’s pregnant partner were turned away from hospital.

The baby girl, who was one week early, was born only minutes after her mum got back to the house.

Miriam Anthony was 39 weeks pregnant when she began feeling unwell and having contractions.

She called her baby’s grandmother and the pair made their way to Lewisham Hospital.

Miriam was then told to go home and return when the pain got worse. By the time paramedics arrived, the baby had been born.

A rail firm became the first to sponsor its staff to become special constables in a bid to tackle antisocial behaviour on its trains.

Connex paid for 15 of its staff to be trained as British Transport police specials.

They were also given a £1,000 bonus in recognition of their agreement to give 200 hours a year as specials.

The move followed a drive led by Camberwell and Peckham MP Harriet Harman and London Assembly member Val Shawcross to call for more Government money to be freed up to make South London trains safer for passengers.

Work to spruce up 29 railway arches in Deptford to attract new businesses was completed.

The £2million project was to provide small independent businesses somewhere to set up.

Artist Harriet Hornby, a 22-year-old art history graduate, became the first to move to the site in Resolution Way, off Deptford High Street.

She launched a textile design workshop from one of the newly-renovated 1840s archways.

100-year-old horse track in a South London park was singled out for praise after a facelift.

The British Horse Society (BHS) awarded the track in Dulwich Park Heritage Route status after Southwark council paid to have it resurfaced.

Praising the work done by the council, BHS Greater London area officer Joyce Bellamy said it was wonderful an important piece of heritage had been preserved for young riders.

Council bosses were forced to cancel nonessential repairs to houses after it emerged that a town hall faced falling £6million into debt.

Southwark council said its budget showed a massive overspend – but did not know the full extent of the problem because legal cases were ongoing with some tenants. But it said only jobs that were urgent would be completed, while officers investigated the problem.

The town hall said there would be an immediate freeze on all new jobs within the housing department.

The Government warned of a sharp rise in the number of families forced to live in bed and breakfast accommodation.

The numbers had risen by 8,000 in one year, fuelling campaigners’ calls for an urgent policy review to reverse the capital’s burgeoning housing crisis.

A report by research group the London Housing Unit estimated that in Wandsworth, Lambeth, Southwark and Lewisham the number of families in temporary accommodation would double to 14,000 by 1995.

A council came under fire for giving its top officers a pay rise of more than 10 per cent while offering a rise of less than four per cent to its rank and file workers.

Fifty Wandsworth council directors were offered rises of up to £8,000 – an increase of 10.8 per cent and expected to cost the authority £314,500 in one year.

But clerical and admin staff were told they would only be given a 3.8 per cent rise.