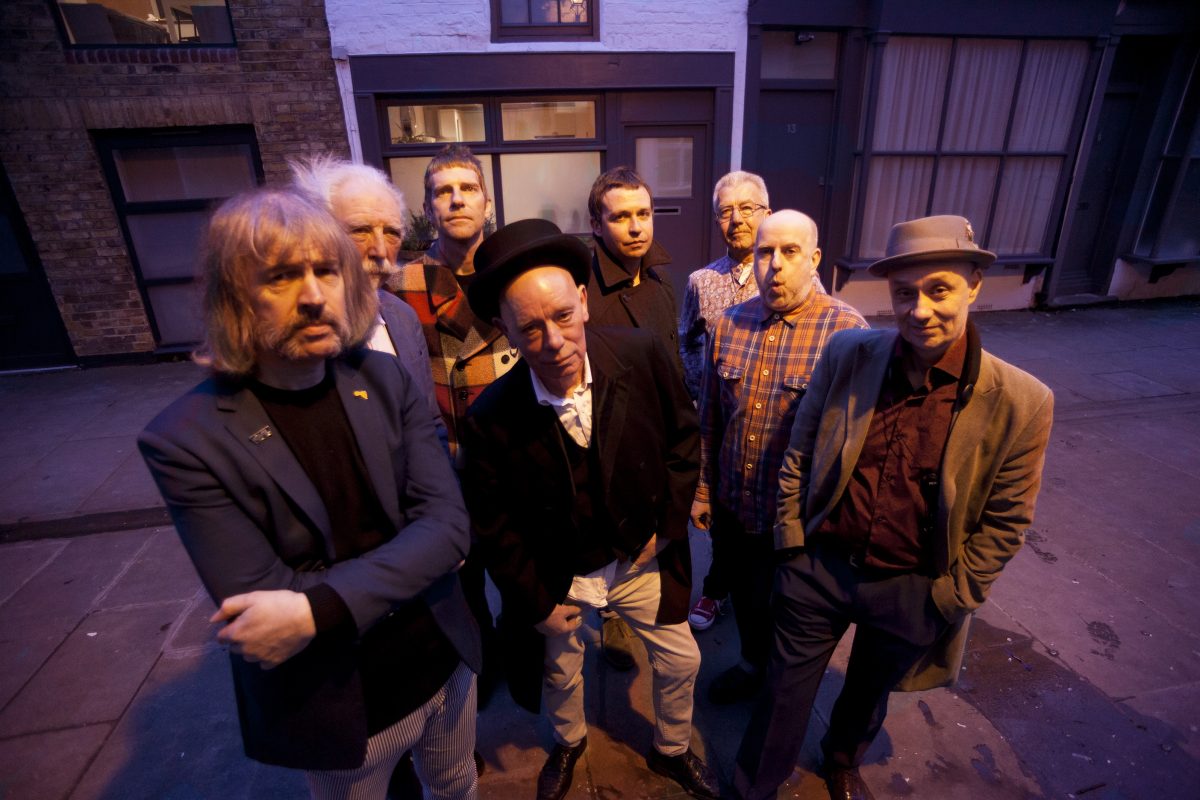 Tich Turner has been playing gigs in South London for more than 35 years now. But he thinks the latest band he is involved in, Hi-fi Sneakers, are something special.

They are launching their second album, Dive Right In, at the Amersham Arms in New Cross Road, on Tuesday, May 15, accompanied by a brass section called the Shoo Horns.

The frontman said: “We deal in rare early ‘60s soul and stay well clear of the stuff that has been done to death, like Midnight Hour and Knock On Wood.

“The main buzz is producing the original material. And having the brass on board has really raised the game. Partly because that’s what you want to hear from a soul classic and also because they’re such great players.”

The album is a mix of nine original tracks written by Tich, and two covers.

He said: “Writing is my life, singing is my life. It’s all I have ever done. Now and then there is a lull and you get fed up and you go ‘Oh, I can’t do this any more’.

“Maybe you have a band, you think it’s great, you’re climbing and climbing.

“People are getting more interested, you get management and an agency. Then suddenly there are no record labels.

“It’s very difficult now. But if you get a bunch of guys around you and all of a sudden you’re making some great music, then the buzz comes back. You think, ‘okay, let’s do it again, let’s give it a go’.”

The Hi-fi Sneakers continue Tich’s love affair with soul and R’n’B which started when he was 13.

He said: “I thought I was going to be a footballer. Then the Rolling Stones came out. All of a sudden everyone in the street had a guitar.

“But the inner soul of my music hasn’t changed. I heard Smokey Robinson, Marvin Gaye and all that and my jaw dropped.
“You play a version of that music, then you see people’s eyes light up and they want to dance.

“When you’re in a band and you have a crowd in front of you and they’re smiling, and they’re dancing, it’s the greatest feeling in the world.

An employee at the grassroots music venue the Pelton Arms said the pub probably wouldn’t be around any more if it wasn’t for Tich and his friends.

He stepped in and set up a petition when a dispute with a resident in a new block of flats opposite the pub in Greenwich threatened to close the music venue down.

Tich lobbied Boris Johnson, the then Mayor of London, in 2016 with his petition which had gathered more than 10,000 signatures.

“I had to fight to stop the Pelton Arms being closed,” Tich said.

“The pub had been there for more than 100 years. Then this guy moves in across the road and complains about the noise.

“That one guy almost closed the pub down.

“We got hold of local musicians and fought it off. It’s crazy.”

According to London Assembly figures, 35 per cent of London’s grassroots music venues have been lost since 2007.

Tich said: “It is a lot tougher now for young bands, the live music scene is not what it was.

“The kids now get on the internet and stream their music, they don’t seem to get it that live, real people make the music.

“There will only be a resurgence in music if people get out and take an interest. Go see a band you haven’t seen before or heard on Radio 1.”